Truck sets on fire after crashing into Rutland Tim Hortons

A truck crashed into a Tim Hortons in Rutland last night before setting fire, readers have told KelownaNow. 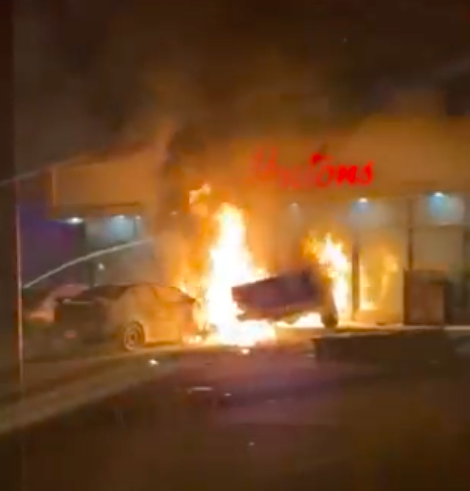 It happened at about 10 pm, they said.

Images from the scene show the truck smashed into the restaurant and burning, with a car nearby also on fire. 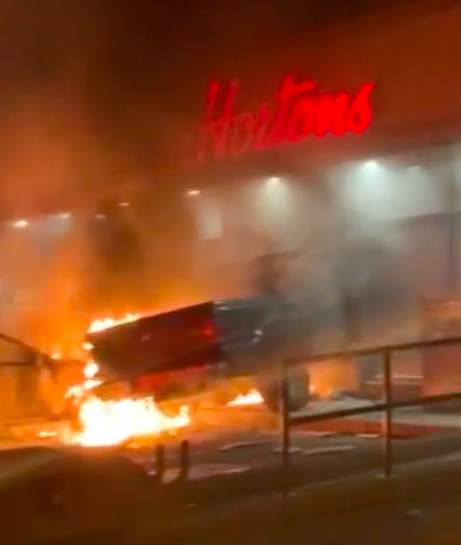 KelownaNow will update this story with more information when the Kelowna Fire Department is available to provide it.

But witnesses explained that at least one person was “saved” from the fire.

It was extinguished after firefighters rushed to the scene.