VIDEO: A piece of history lands at YLW

A crowd lined the tarmac today to watch it touch down.

The "Wooden Wonder". A De Havilland 98 Mosquito landed smoothly and taxied over to KF Aerospace, to the applause of an appreciative crowd.

"It's an awesome airplane," said Mike Spalding who flew the WWII workhorse to Kelowna from Vancouver in about 45 minutes.

"They are a fast airplane and it got here very quickly," he said. "No issues."

He's thrilled to see it go to a place that doesn't just plan to put it on display but to keep it flying too. 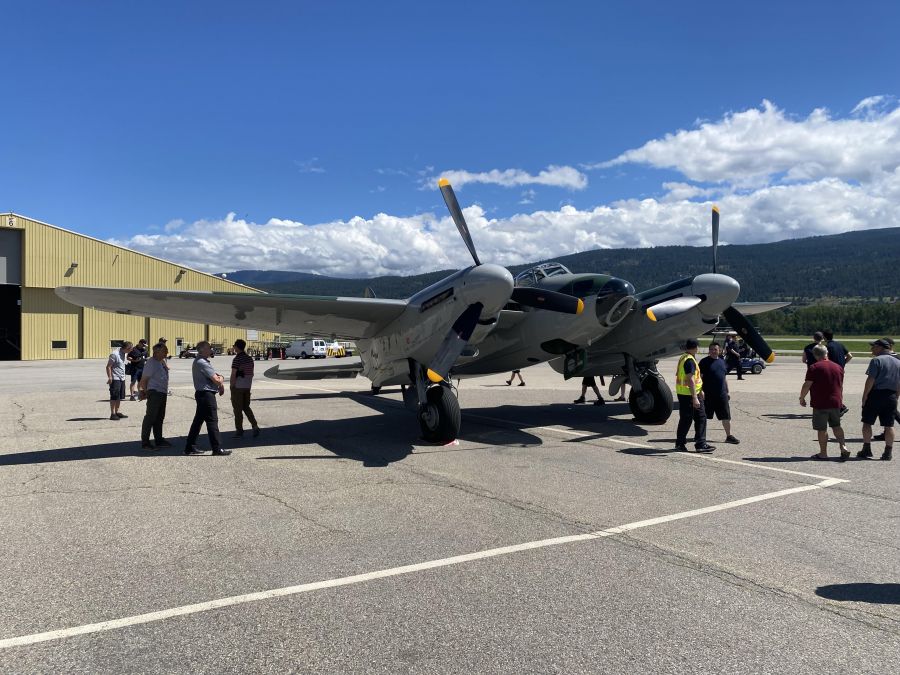 "There's museums all over the world that don't fly their airplanes," he said. "It's very unique to find ones that do. To keep them up and keep them flying so everybody can see them and see them flying and watch history in motion."

The aircraft was introduced by the Royal Air Force more than 80 years ago, and the plane is to keep it operational even as it takes its place in the aviation museum at the KF Aerospace Centre for Excellence. 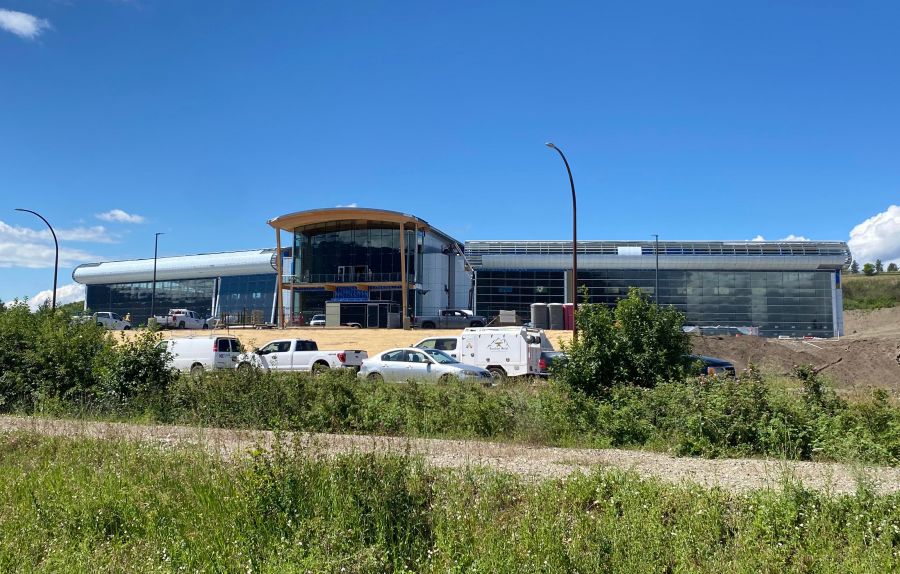 "We are so fortunate," said D'Arcy Barker at KF Aerospace, "to be able to look after this aircraft for a time. I hope for a long time."

It's one of only four in the world that are still flying.

Barker said its history is uniquely Canadian too. "Downsbury Ontario, De Havilland Canada built a thousand of them," he added. "Some of the wood it was built with was harvested on the west coast of British Columbia." 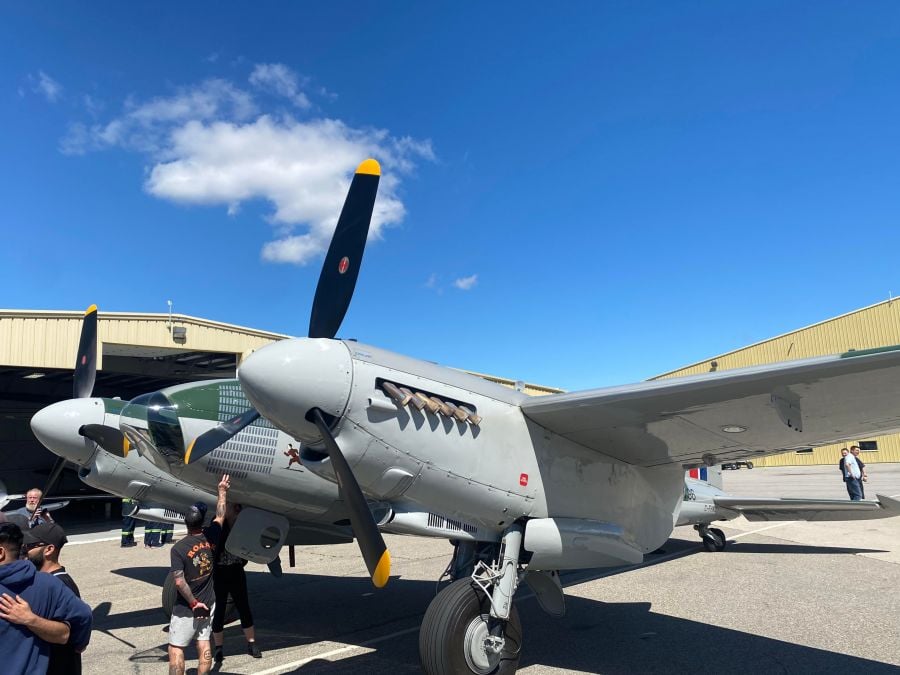 The plane that landed in Kelowna today, did so thanks to a five-year restoration project completed by Victoria Air Maintenance.

This particular aircraft was built in 1947 and proved useful in post-war times.

It was pressed into service to conduct high-altitude aerial mapping missions all over Canada in the 50s and 60s. 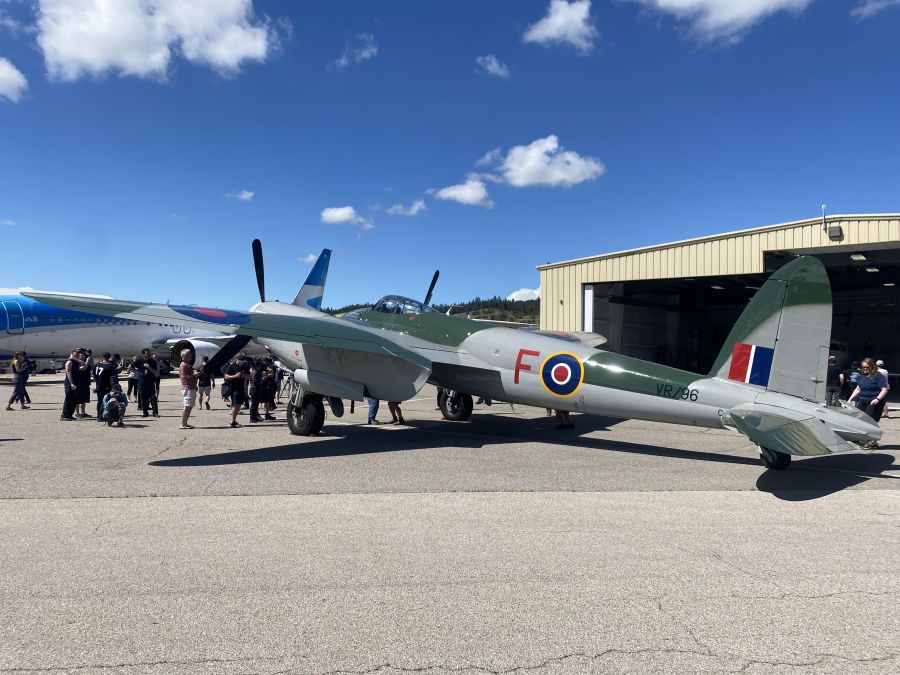 “We’re absolutely thrilled to give this incredibly legendary aircraft a home in the Okanagan Valley at the KF Centre for Excellence,” says Executive Director, Paula Quinn.

“The fascinating story of this aircraft is something that will be shared and appreciated by visitors and community members of all ages.”

The Mosquito was used extensively as a night-fighter against the German Luftwaffe.

At the time it was one of the fastest planes in the world, clocking speeds over 640km per hour.

It was used as a bomber, a twin-fighter and for reconnaissance missions. 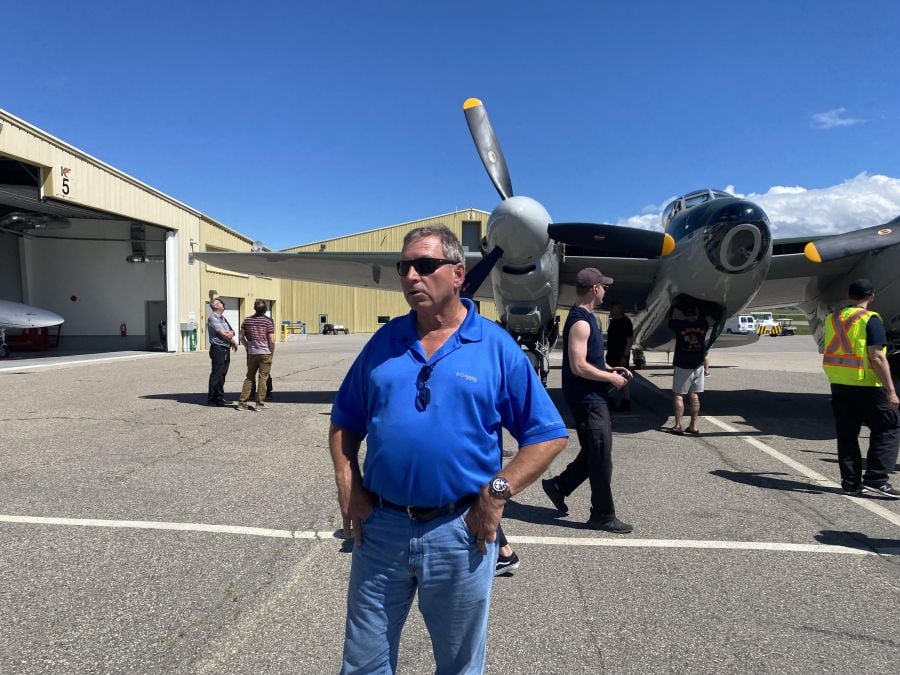 The plane secured by KF Aerospace is flight-worthy today thanks to a five-year restoration project by Victoria Air Maintenance.

The Mosquito will take its place in the museum alongside a Hawker Tempest MK2, the Odyssey DC-3 and a Convair CV580 among others.

The plan is to keep it flying regularly.