Interior Health and the RCMP paid a visit to the defiant Iron Energy Gym this morning, but the owners of the facility are still refusing to comply with a provincial order to close.

With boisterous supporters chanting and waving placards, the owners of Iron Energy Gym were issued a fine and given a written copy of another order to close their doors.

"This morning RCMP and interior Health ended up coming to the gym," explained owner Brian Mark. "They knocked and we didn't let them in," he said.

"I came outside with 30 of my members who had signs that say 'Free BC', 'Mental Health Matters', 'Gyms Are Essential', we had 30 of our members chanting." 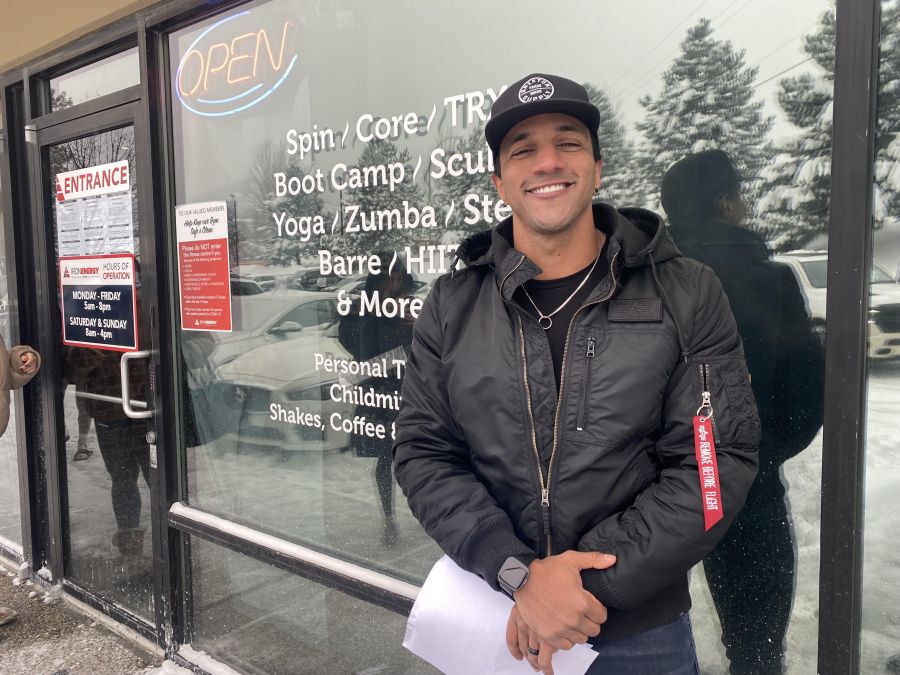 A ticket was issued for refusing to close and defying a public order. A written order was taped to the outside window of the facility.

"And I ripped it from the window," said Mark. "Because what they're doing is wrong. I also got a $2500 ticket from an RCMP officer and the officer that gave it to me, I could tell he didn't want to give me the ticket."

In a written statement provided to KelownaNow, Interior Health makes it clear it doesn't end here.

"Further steps will be taken for gyms who remain open despite initial enforcement actions," reads the statement. And Iron Energy isn't the only gym they are dealing with.

"Since the order was issued we have followed up with a total of 15 facilities." 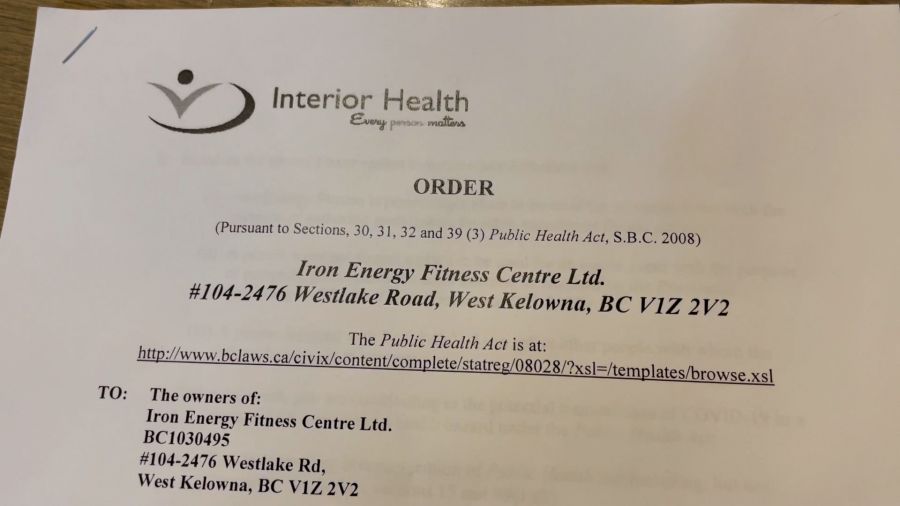 The statement also summarizes why the provincial order to close gyms in BC was made in the first place.

"...to protect gym patrons, staff and the broader community from the current increased spread in COVID-19 cases do to the Omicron variant in BC."

West Kelowna RCMP spokesperson Cpl. Tammy Lobb said the RCMP's role in the situation was, "...to keep the peace and support Interior Health."

The events of the morning do not appear to have softened Mark's defiant stance. 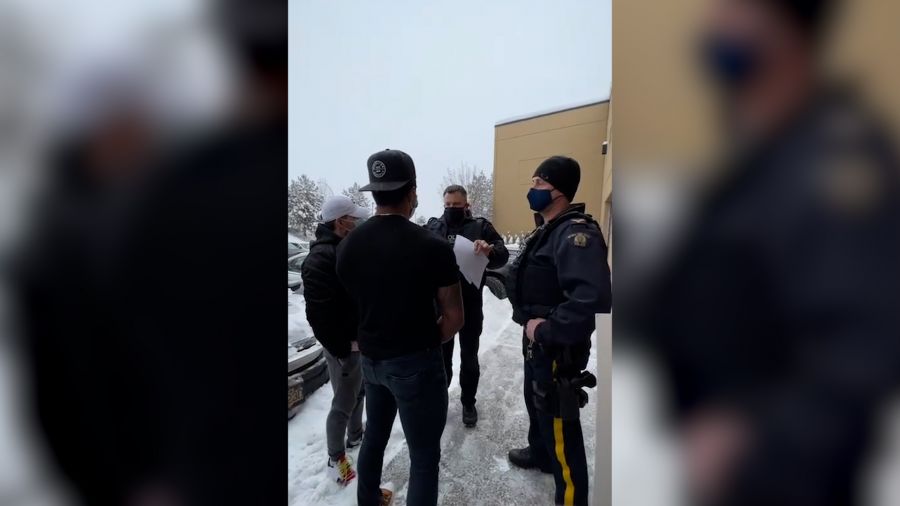 "We got served with a closure order and I served Interior Health with a notice of liability noting that anything that happens to my business I'm going to hold them personally responsible for."

And he suggested he will have to be arrested before he backs down.

He maintains that the order to close violates his charter rights.

"Even if they want to make an example out of us," he said. "They're going to have to drag me out of here in cuffs."