Costco has finally made a development application for a new location in the Central Okanagan.

After months and months of speculation, it appears as though the new store and gas bar will be close to where the current one is, not across the bridge in West Kelowna.

The plans, which have been submitted to the City of Kelowna, include a nearly 155,000 square foot warehouse in between Springfield Road and Baron Road. 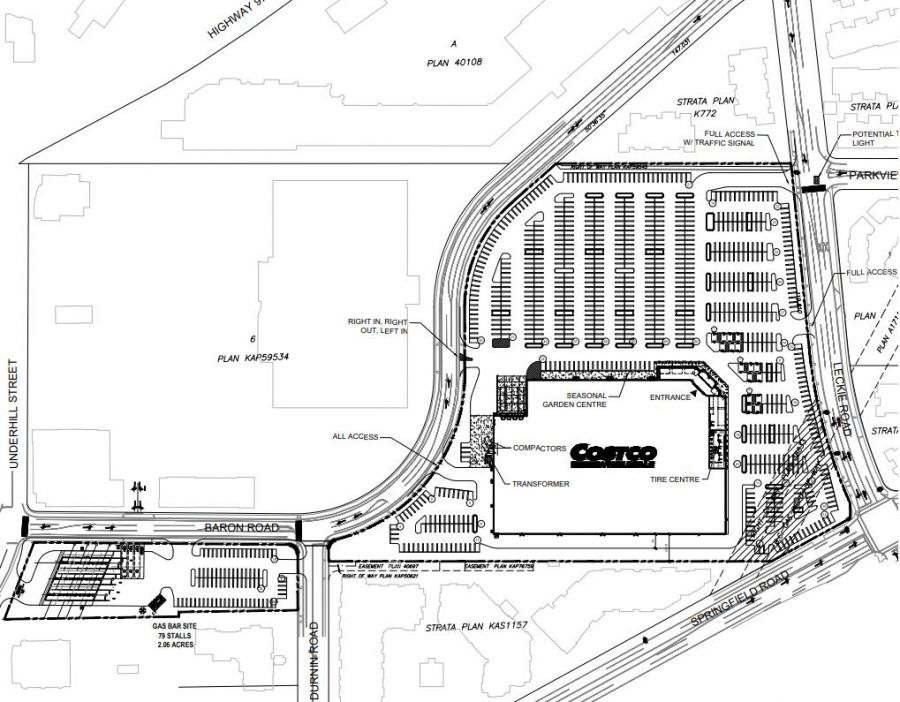 Across the street, on the southwest corner of Durnin Road and Baron Road, will be a gas bar situated on two acres of land.

Close to 1,000 parking spots will certainly be advantageous, but one thing City Council will surely look at will be the impact on traffic in the area.

The proposed location is within 100 feet of Real Canadian Superstore, along with other stores in that complex, and The Dilworth Centre.

Costco’s detailed proposal even features the type of landscaping that would be planted on the site, which is currently just a large patch of dying grass and shrubs.

The development application is to rezone the property from 'A1 Agriculture 1' to 'C4 Urban Centre Commercial', which is necessary to build a new Costco on that piece of land.

It's the first step in a very lengthy process, so don't expect a new Costco to be opening in the next couple of years.