Tia Moulton and Strat Dodd’s wake-up call today was one that no one wants or expects.

The young couple were woken up around 4:20 am by the smoke alarm in their rental unit, part of a fourplex in the 1300 block of Highland Drive.

Smoke was slowly filtering into their bedroom from the adjacent living room and Moulton says it was enough that they were having trouble breathing.

“Strat ran and opened the bedroom door to look into the living room and the whole thing was just engulfed in flames,” Moulton told KelownaNow.

Moulton and Dodd, who don’t have rental insurance, lost pretty much everything in the fire, which includes a TV, a computer, books and other valuable belongings.

They couldn’t escape the blaze through the living room, so they turned their attention to a small window in their bedroom. 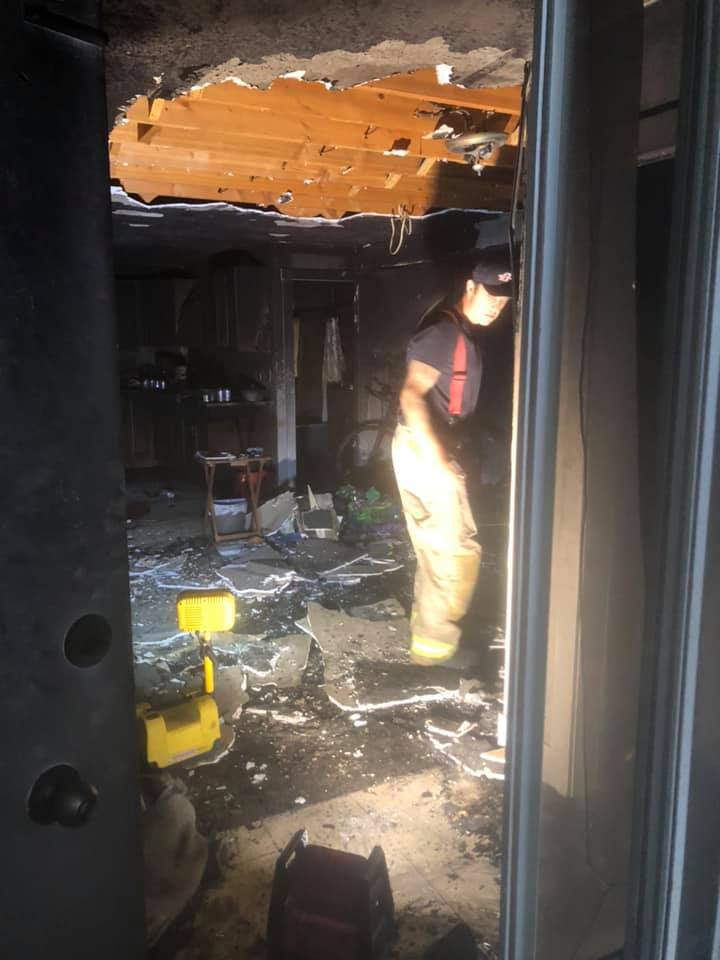 Dodd opened the window, punched out the screen and squeezed himself out before helping Moulton through herself.

The soot-covered pair were sent to hospital to be treated for smoke inhalation and have since been released.

Firefighters told the couple that if they had been inside for even two more minutes, they likely would have died in the fire.

They also told them that their roommate would have almost certainly perished if he was home during the fire, since there was no way to escape his room without going through the living room.

Luckily, he’s away at Shambhala Music Festival this weekend. 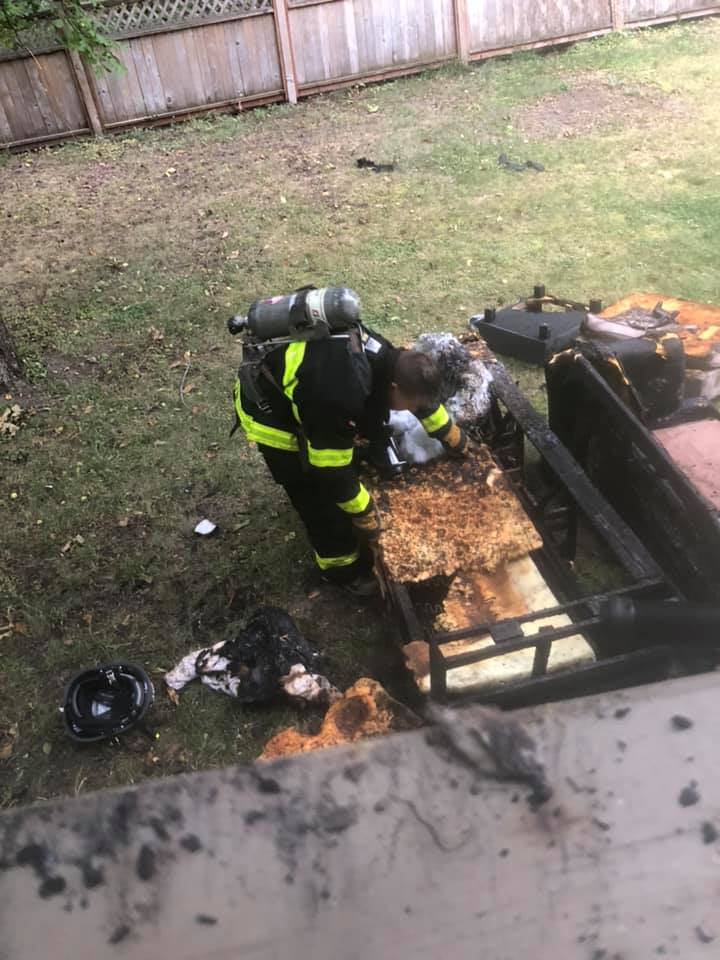 There were a number of pets in the house as well, including the roommate's snake that firefighters were able to save.

Unfortunately for Moulton and Dodd, their two gerbils and hamster were all in the living room and did not survive the blaze.

“The smoke got them before the fire did,” explained Moulton. “According to a doctor, they probably passed out first.”

According to Moulton, the fire is still under investigation and they haven’t yet learned the cause.

Sat
0℃
Make Homepage Advertise with Us

Special weather statement in place in the Okanagan until Sunday