Chiefs dispose of Steam, on to KIJHL conference final

Displaying the mettle they’ll need all the more in the next playoff round, the Kelowna Chiefs recovered from a two-goal first-period deficit for a win tonight at the Rutland Arena. 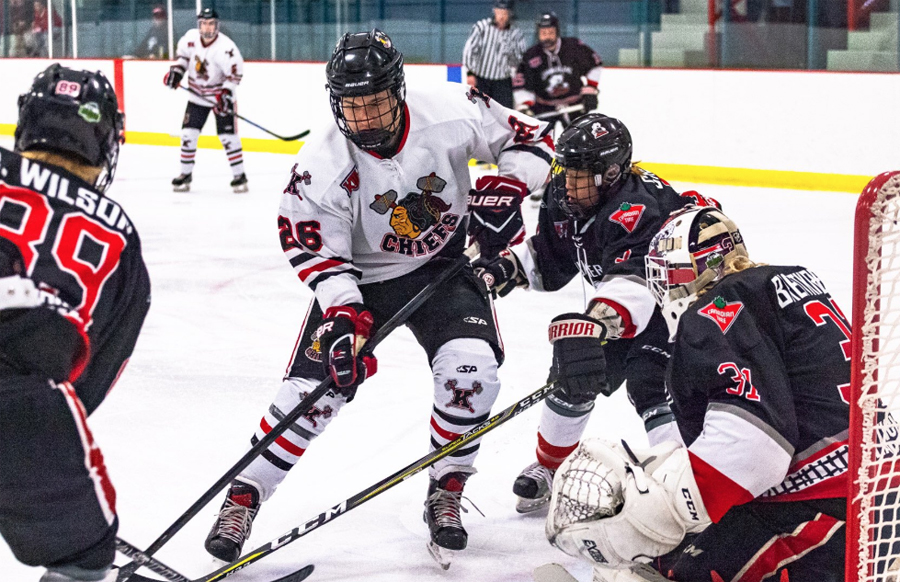 Up next for the regular season’s first-overall Chiefs in the Okanagan/Shuswap Conference final are the Revelstoke Grizzlies, who after finishing just four points back of Kelowna during the regular season, swept the 100 Mile House Wranglers in their Birks Division final series.

In the three meetings between the teams during the season, two games went into overtime with the Chiefs and Grizz each winning on home ice, while Kelowna won a third game 5-4 after leading 4-1 going into the third period.

It looked early on tonight like Summerland — despite finishing 35 points back of Kelowna in the regular-season — was well on its way to repeating its upset of the Chiefs (2-1) in the first game of the series at the Rutland West Arena. 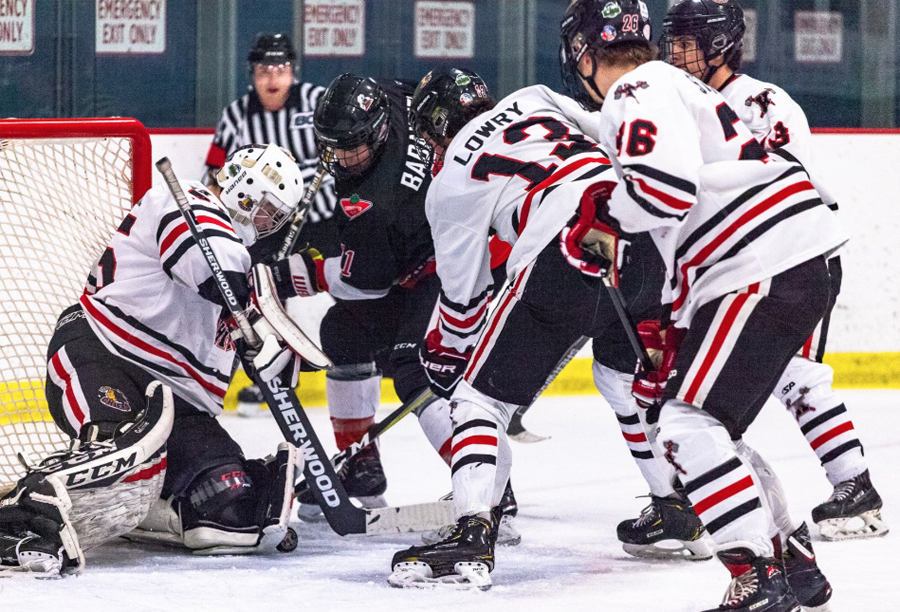 Bevis Chou opened the scoring at 12:55 with a power-play goal while Lane French put the visitors up by two less than a minute later in a period the Steam outshot their hosts 19-10.

But after Ryan Stack scored on a penalty shot at 6:51 of the second period, his teammates took the cue and took over the game. Devin Sutton and Lane Paddison both scored on power-play opportunities to earn the Chiefs a one-goal lead going into the final 20 minutes.

Firing 14 shots at Summerland goaltender Jared Breitkreuz and holding the Steam to just four on winning goalie Braeden Mitchell, the Chiefs dominated the rest of the way but needed an empty-net goal by Sutton to clinch the game and the series they were expected to run away with. 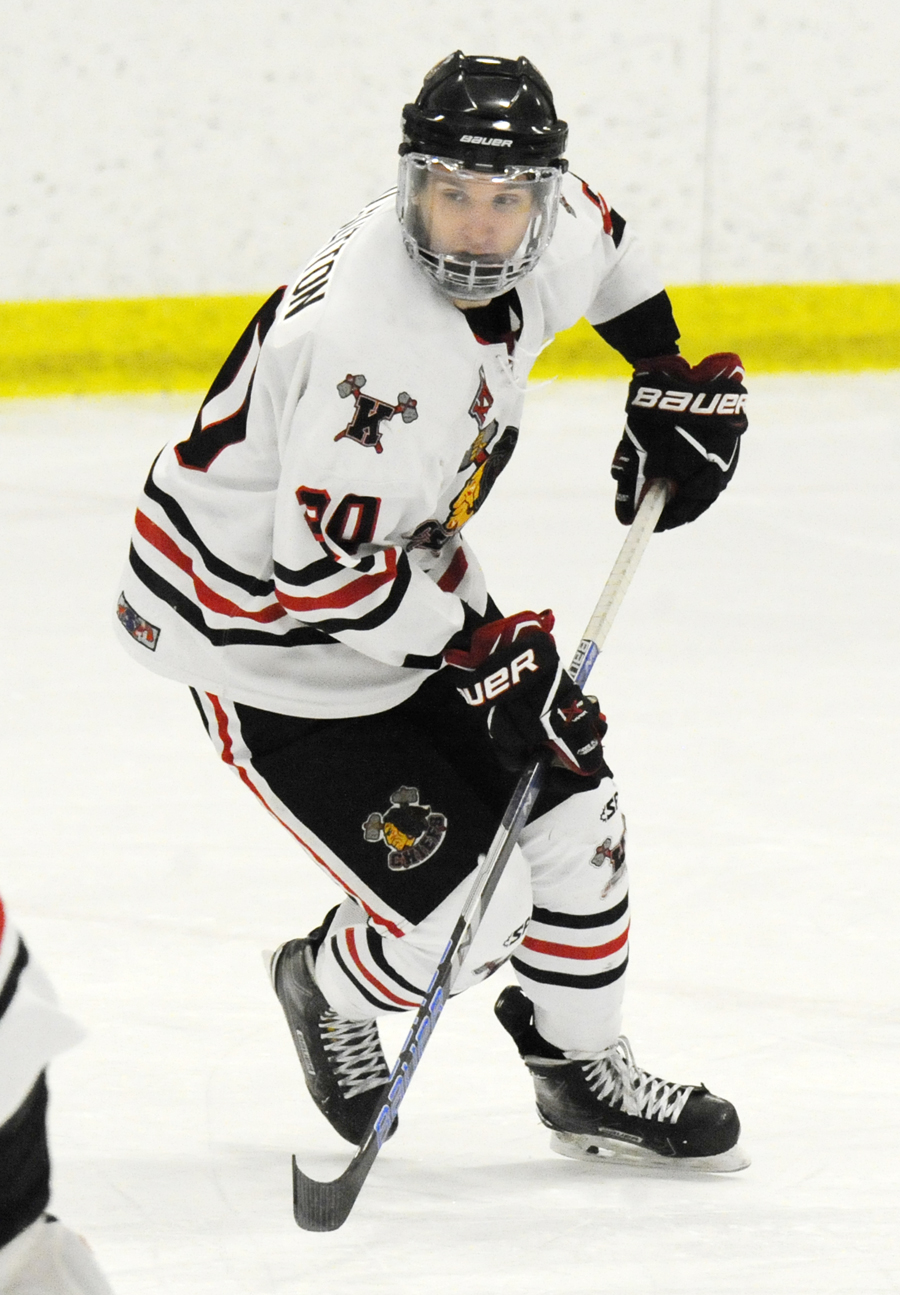 Playing without one of their leaders, injured Zach Erhardt (day-to-day), runner-up to teammate Brody Dale in the KIJHL scoring race, the Chiefs had a tougher time than was predicted. After the loss in the opener, they bounced back with a less-than-convincing 5-3 win in the second game.

In Summerland, the Chiefs looked more like the Chiefs of the regular season, winning 5-0 and 7-1 to give them the opportunity to wrap up the series tonight.

The best-of-seven Okanagan/Shuswap series involving the Chiefs and Grizzlies will begin on Tuesday at the Rutland Arena beginning at 7 p.m., the same day as the Kootenay Conference final between the second overall Kimberley Dynamiters and either the Beaver Valley Nitehawks or the Nelson Leafs. Beaver Valley leads their conference semifinal 3-1, with the fifth game scheduled for Friday in Nelson. 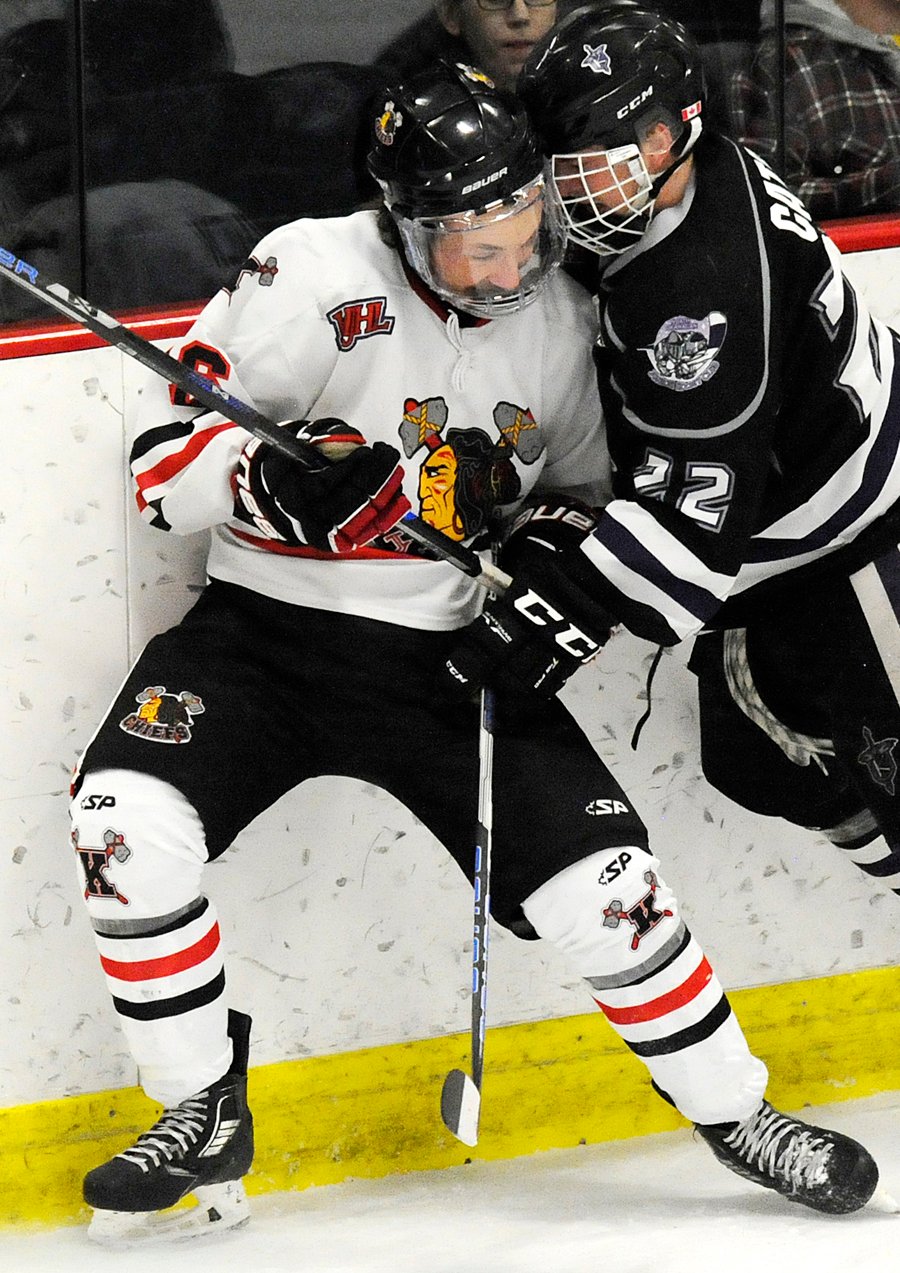 The two conference champs will play in the KIJHL championship, with the winner representing the league in the Cyclone Taylor Cup, emblematic of B.C. junior B hockey supremacy.