A 107-79 win over the Rutland Voodoos Okanagan Valley in senior 4A boys basketball play on Tuesday proved a timely tuneup for the Kelowna Owls at the Terry Fox Legal Beagle tournament in Port Coquitlam. 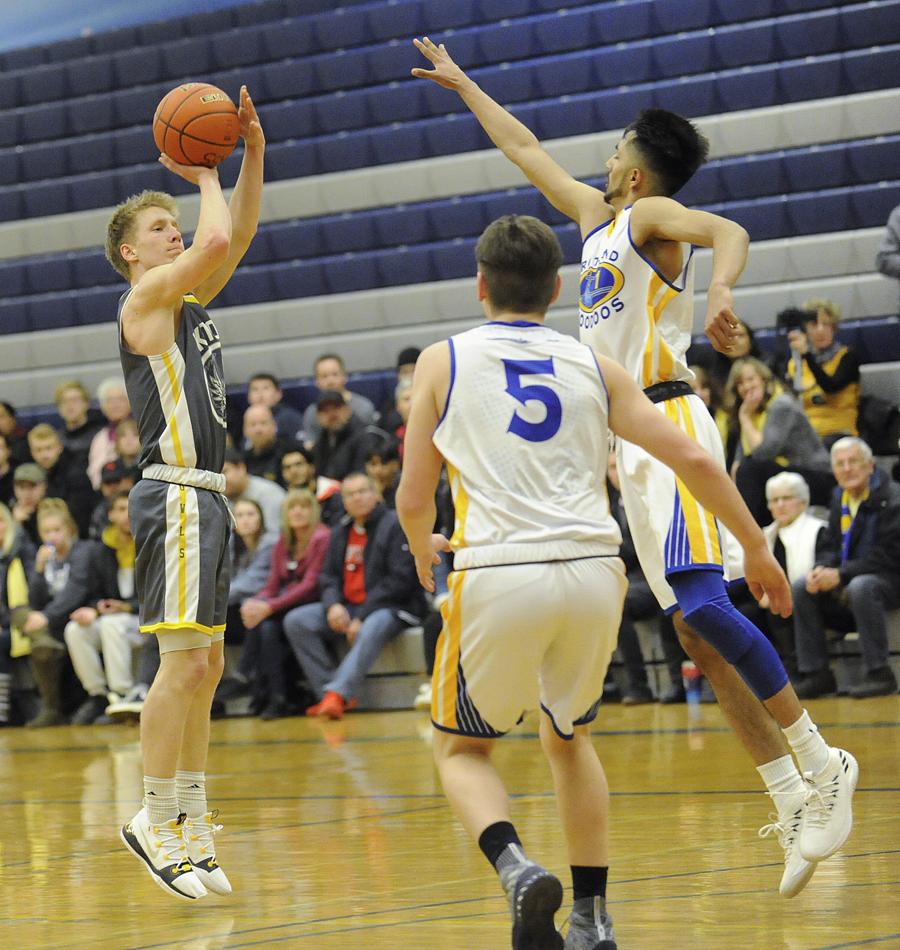 Ranked ninth in the province going into the prestigious Legal Beagle on Thursday, the Kelowna Secondary School representatives sustained the hot hand they displayed in the second half of their victory over the host Voodoos in league play with a stunning 107-84 defeat of the No. 1-ranked Lord Tweedsmuir Panthers of Surrey.

Grade 11 guards Hunter Simson and Malcom Greggor scored 32 and 29 points respectively to lead the Owls to the upset. Gregor hit nine three-pointers and Simson added seven in a 24-trey performance for KSS that also included three triples by Parker Johnstone, who finished with 17 points. 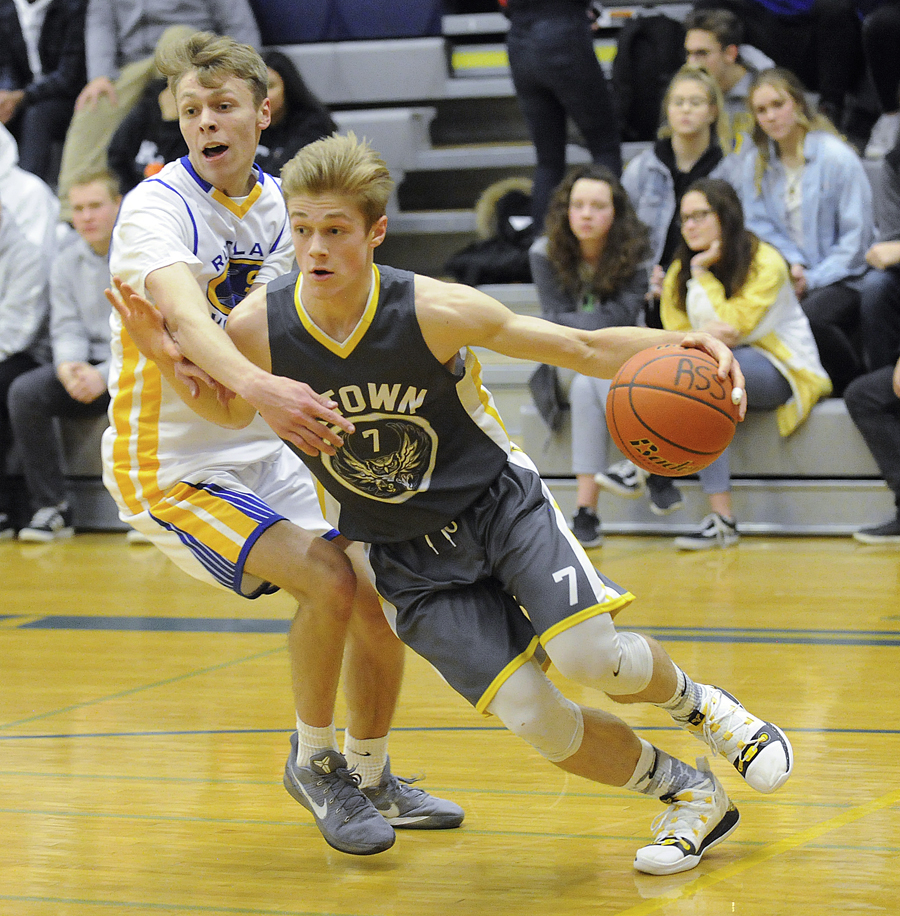 The surprising result puts the Owls in today’s tournament semifinal (6:45 p.m.) against the No. 4-ranked Holy Cross Crusaders of Surrey who defeated Vancouver College 71-63 today.

On Tuesday, the Owls provided a preview of what was to come as they exploded for 39 points — including eight threes — in the third quarter to overcome a 44-41 halftime deficit.

Johnstone netted 19 points and Greggor added 15 — all in the second half — while Simson and Ethan Braam contributed 13 apiece in the regular-season win.

Playing without injured Brandon Porter, a top offensive threat, and Tanner Balkenhol, the Voodoos hung in well in the first 20 minutes, but couldn’t keep up the pace in the second half. They managed just 15 points in the third quarter, all scored by Isaac Young, who finished with 26 points to go along with teammate Prabhtej Deol’s 22. 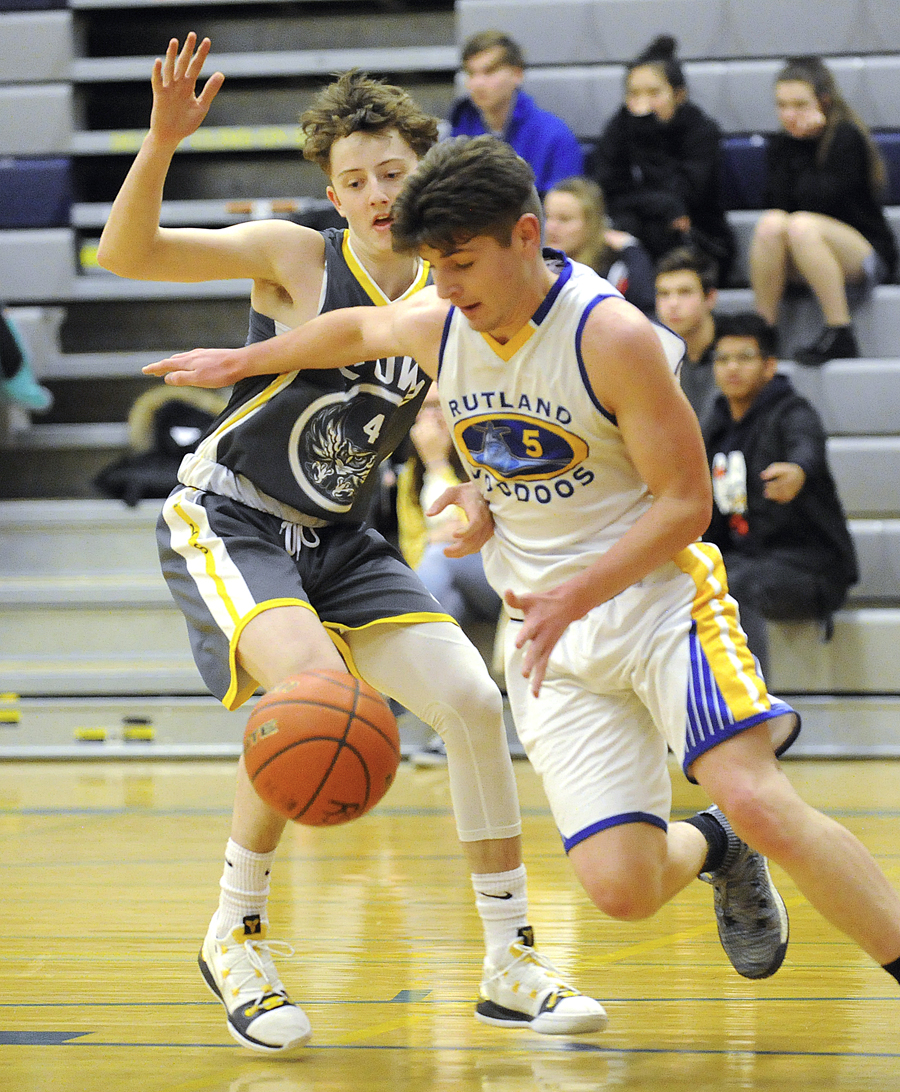 The Voodoos, upset winners over the Owls in last year’s Okanagan Valley championship game, are in Abbotsford this weekend for the annual Yale Lions tournament.

In their opening game on Thursday, the Voodoos received a 51-point performance from Deol and a 24-point/26 rebound effort from Young in a 91-84 victory over Thomas Haney of Maple Ridge. Rutland will meet the Walnut Grove Gators of Langley in a semifinal matchup beginning at 7 p.m. today.

Meanwhile, in senior AAA girls action on Tuesday, the Kelowna Owls breezed to a lopsided win over the host Rutland Voodoos. 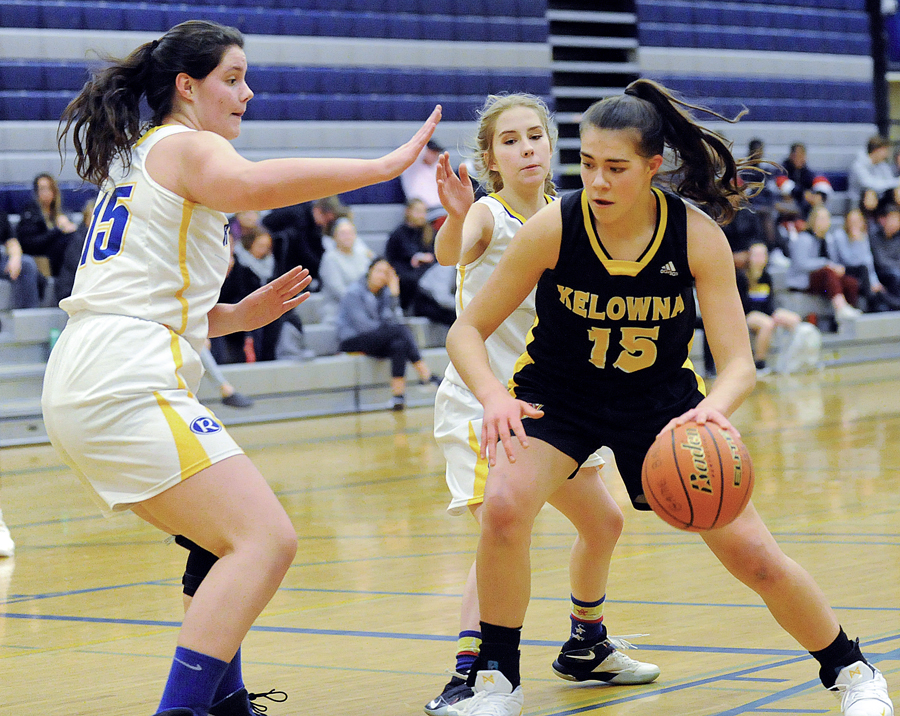 Jaeli Ibbetson, committed to playing for the UBC Okanagan Heat next season, scored 22 points to pace the Owls’ attack that included an 18-point effort by Kennedy Dickie, who will join the NCAA Eastern Washington University Eagles next fall.

The provincially No. 4-ranked Owls, in Kamloops for a tournament this weekend, had 10 players get in on the scoring against the Voodoos. 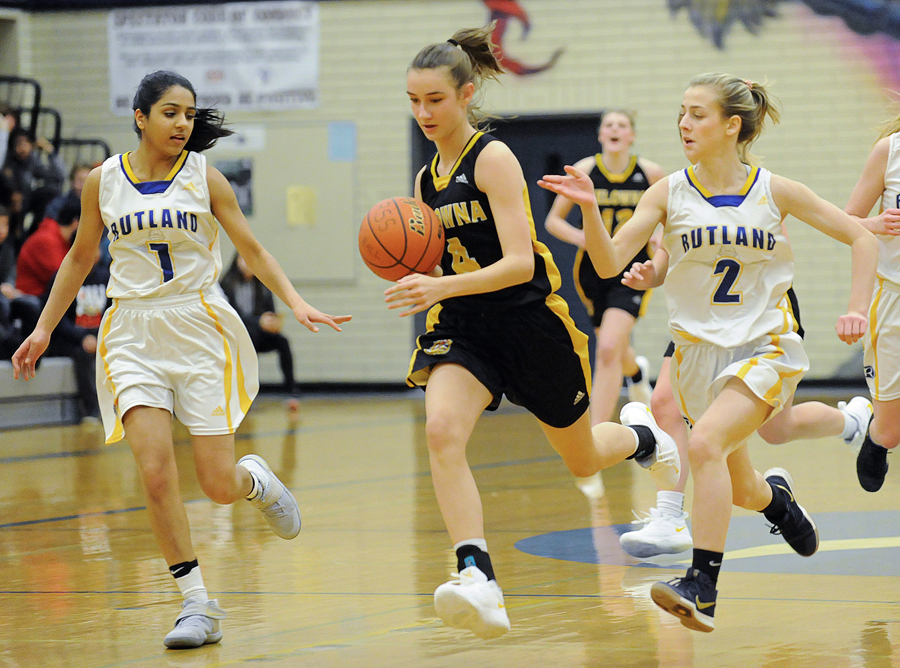 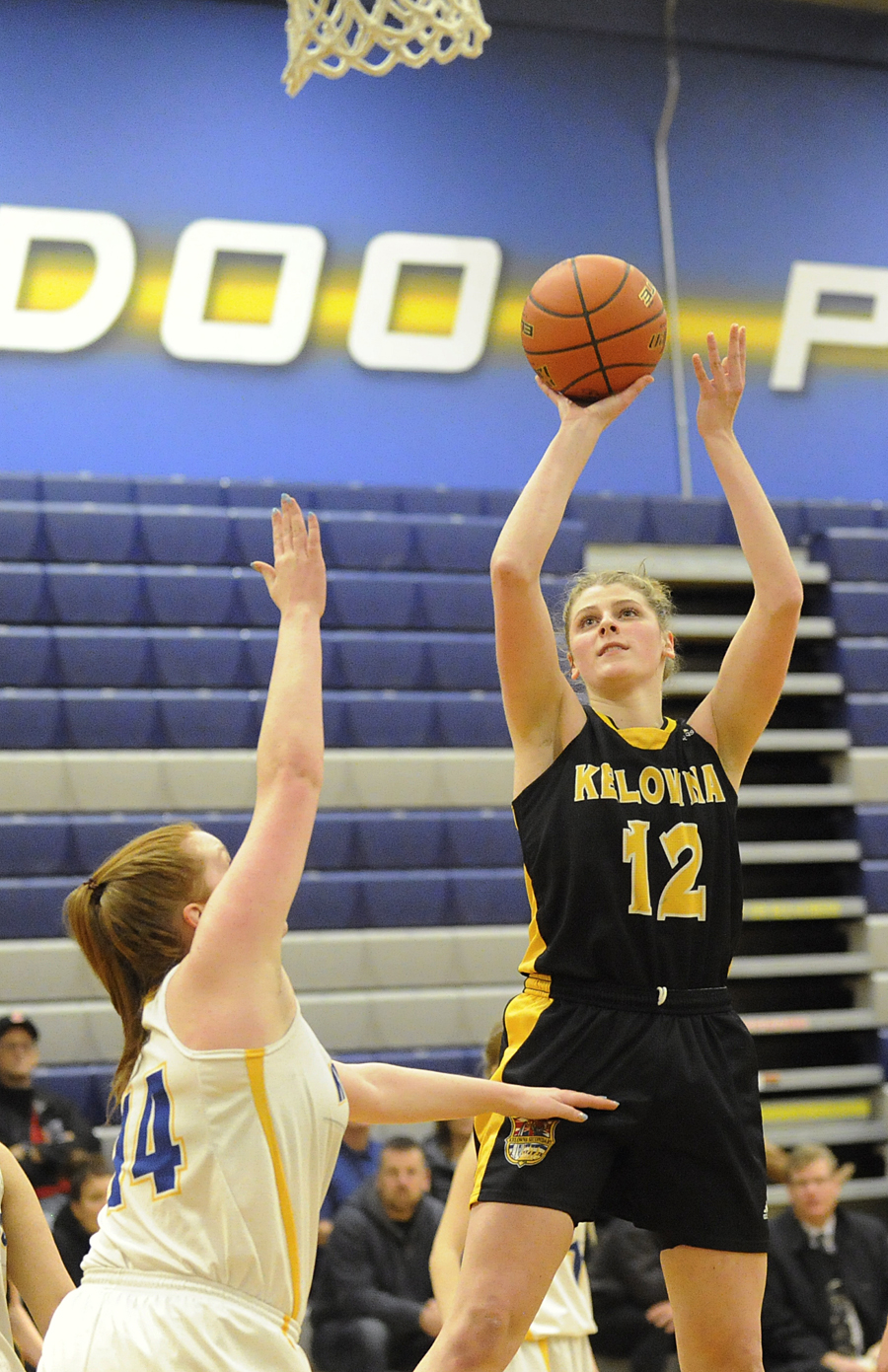 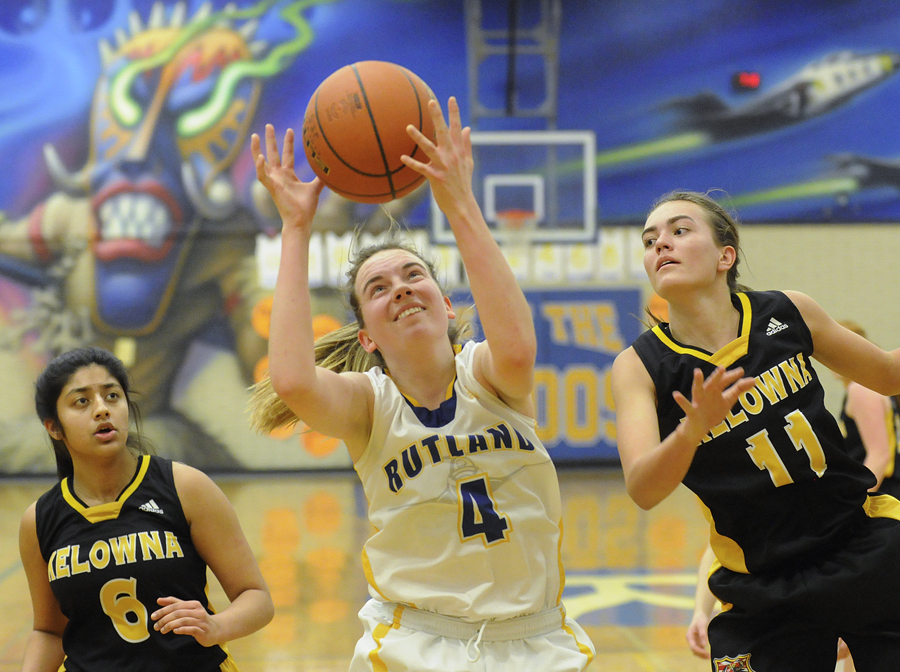