Owls qualify for playoffs but in tough against Mt. Douglas 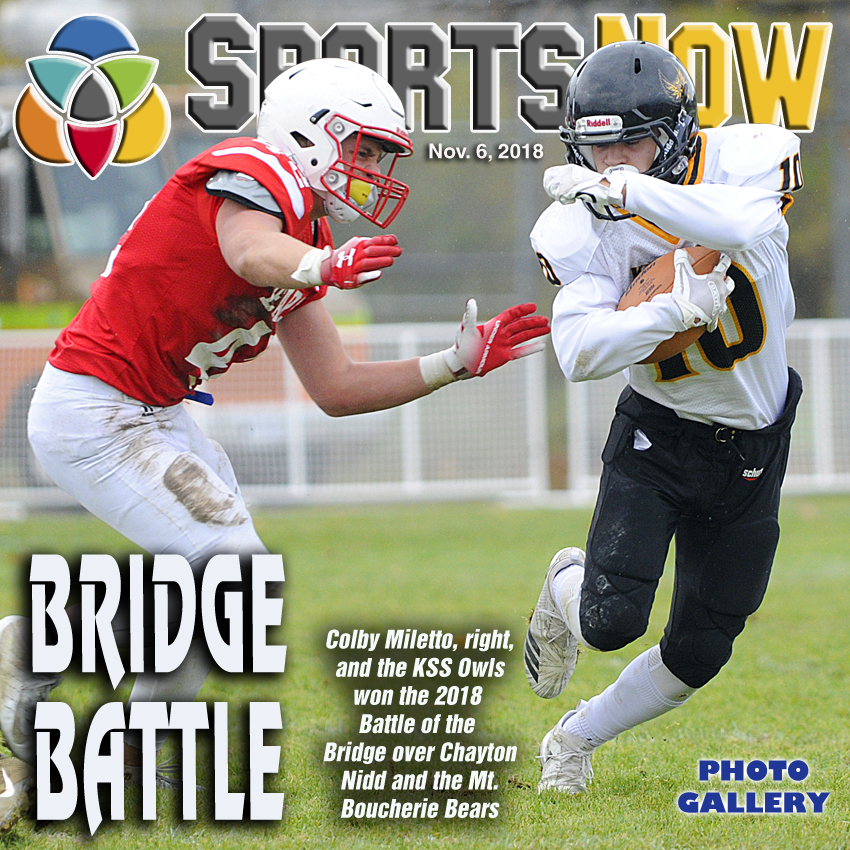 While they won the Battle Of The Bridge, the Kelowna Owls will be decisive underdogs when they ferry to Vancouver Island this weekend. 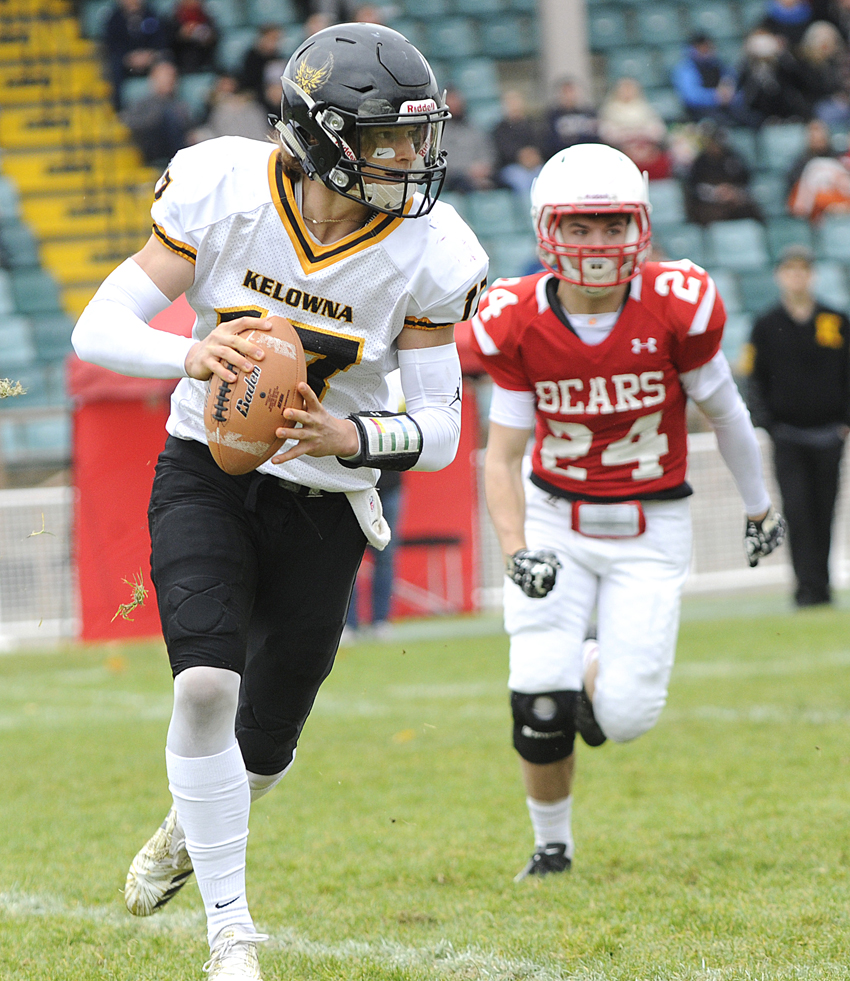 A 26-6 victory on Saturday over West Kelowna’s Mt. Boucherie Bears at the Apple Bowl earned the Owls a berth in the B.C. Secondary School High School Association playoffs against the highly touted Mt. Douglas Rams of Victoria on Friday.

The Owls, playing without many of their key personnel, improved their regular-season record to 2-5 while the Bears, finishing at 1-6, are on the outside looking in at the post season.

The annual Kelowna-area confrontation got off to a slow start for both teams (3-0 for KSS at the half), and it wasn’t until the Owls’ defence stepped up to grab the momentum in the fourth quarter that the Black and Gold pulled away for the win. 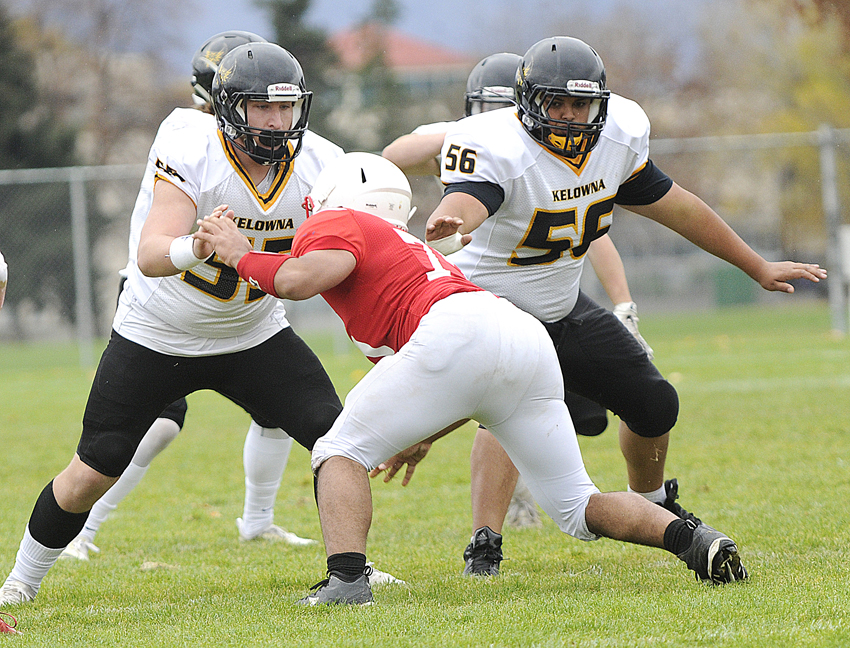 Nolan Ulm, given the nod at quarterback due to an injury to regular starter, Isaac Athans, made his presence felt on both sides of the ball, rushing for 71 yards and a 10-yard touchdown run while throwing for 145 yards and chipping in with a TD interception.

"Nolan stepped up to the challenge and showed everyone his leadership,” said KSS head coach, Chris Cartwright of his Grade 11 versatile athlete. “He is an amazing young man who excelled for us today and showed his ability to do what is needed for the team. We’re very proud of him!" 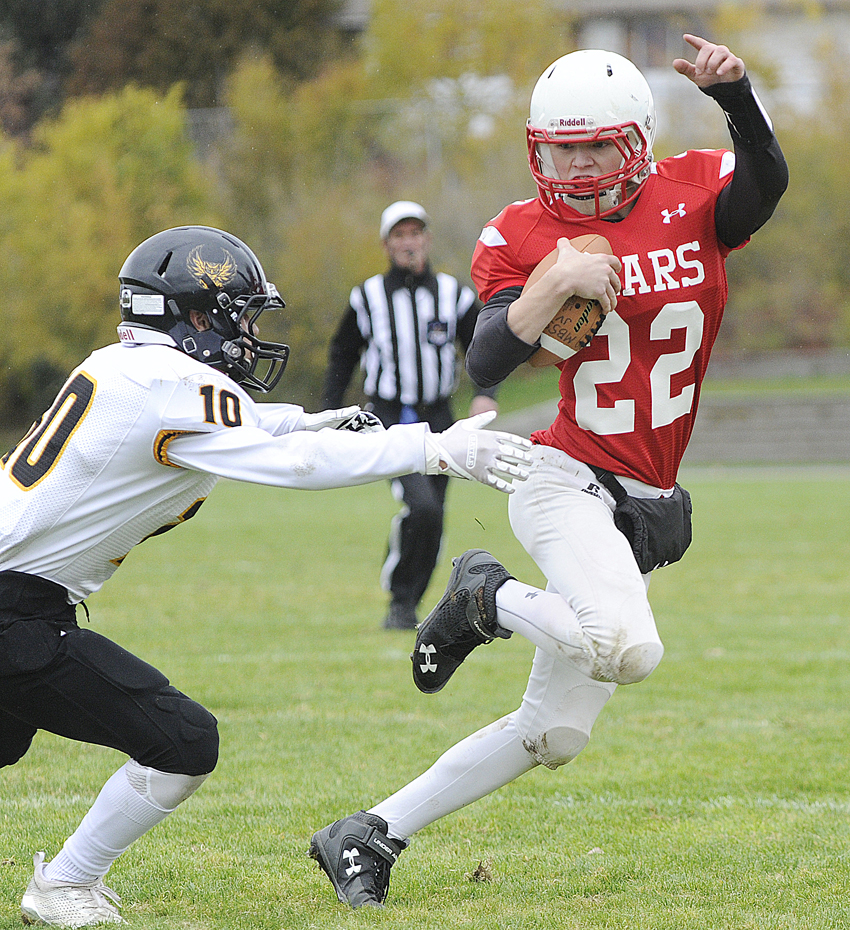 The Owls also received an outstanding effort from Lucus Spencer, who came up big on both the offensive and defensive line. He also picked off a Boucherie pass for a touchdown and contributed four tackles.

“Lucus has also been one of those players who has done everything he has been asked this year,” added Cartwright. “He’s played receiver/tight end for most of his years playing football and has taken ownership in stepping into different positions where needed." 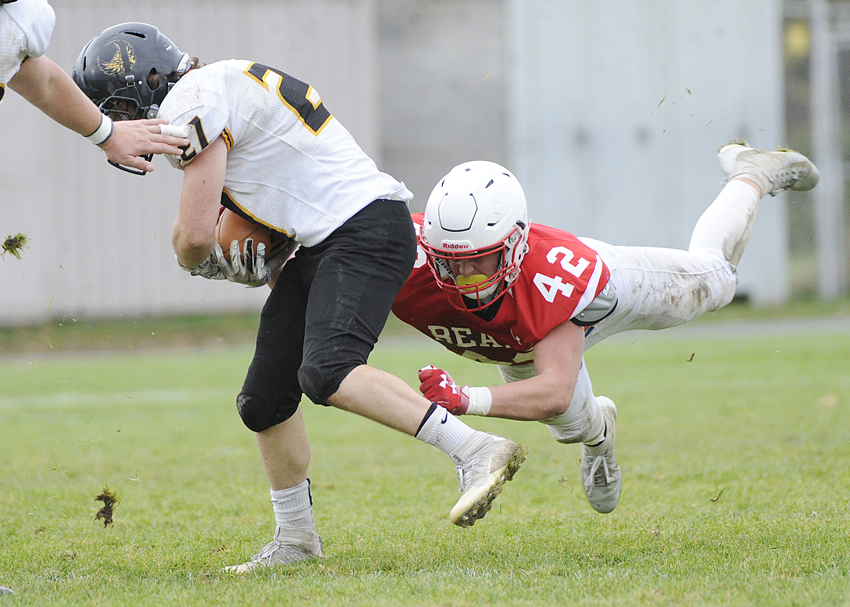 Due to the rash of injuries — also to Storm Buck, Tyler Klotzbach, Aki Takimoto and Easton Schmuland — the Owls were forced to slot players into unfamiliar positions.

“We’re proud of the boys who made the choice to commit and face the adversity and stay true to the process we started in the off-season,” said Cartwright. 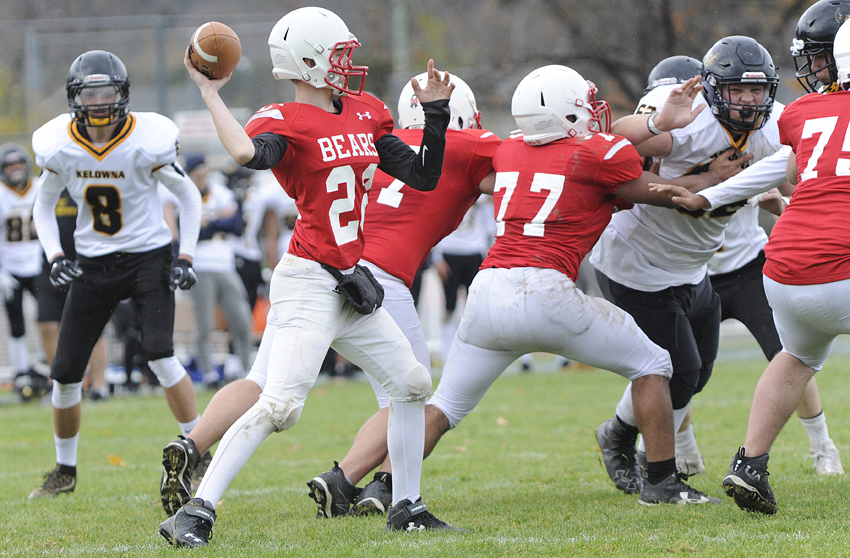 Looking ahead to Friday’s first-round playoff game against 5-2 Mt. Douglas, a provincial honourable-mention, coach Cartwright is looking at it as another opportunity for his team gain valuable experience.

"This game is huge for our team. We’re expecting our key guys to be ready to get back out there to continue what we have built this season. We have been telling all of our players about the unique opportunities we are getting playing in these kinds of challenging situations. We are grateful that our season has been extended and we look forward to preparing the best we can against a great program like Mt. Douglas." 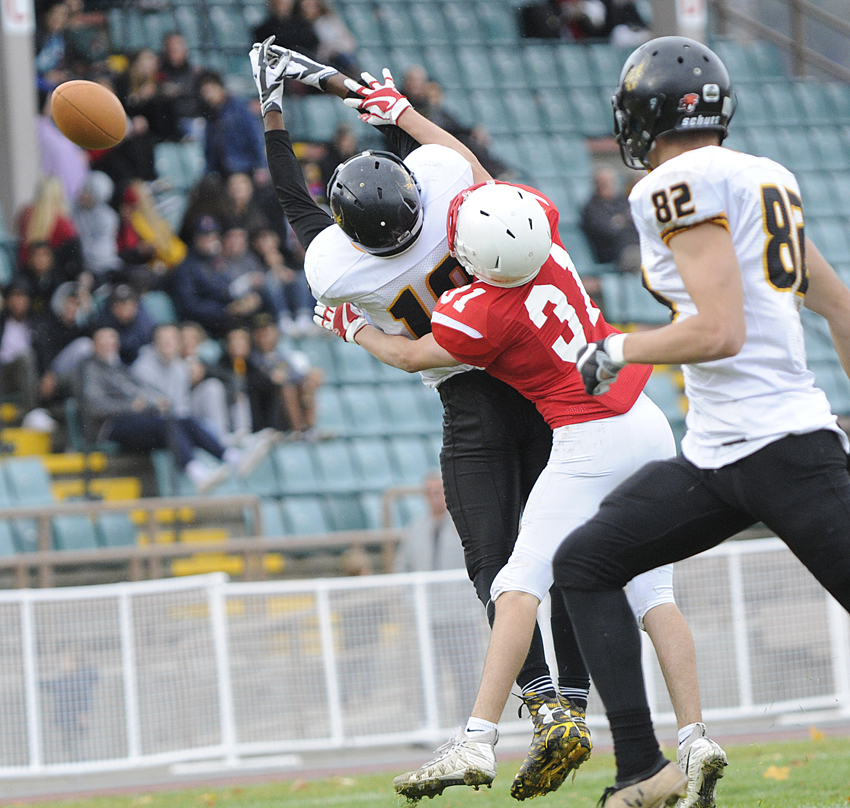 Meanwhile, the Rutland Voodoos, despite a 6-2 4 record, just missed the playoffs as only two teams — W.J. Mouat of Abbotsford and Nanaimo — advance to the post season.

The Voodoos lost their only two games to the division leaders.

In junior varsity play, the Kelowna Owls will travel to Burnaby on Thursday for a meeting with the St. Thomas More Knights in a wild-card playoff encounter. 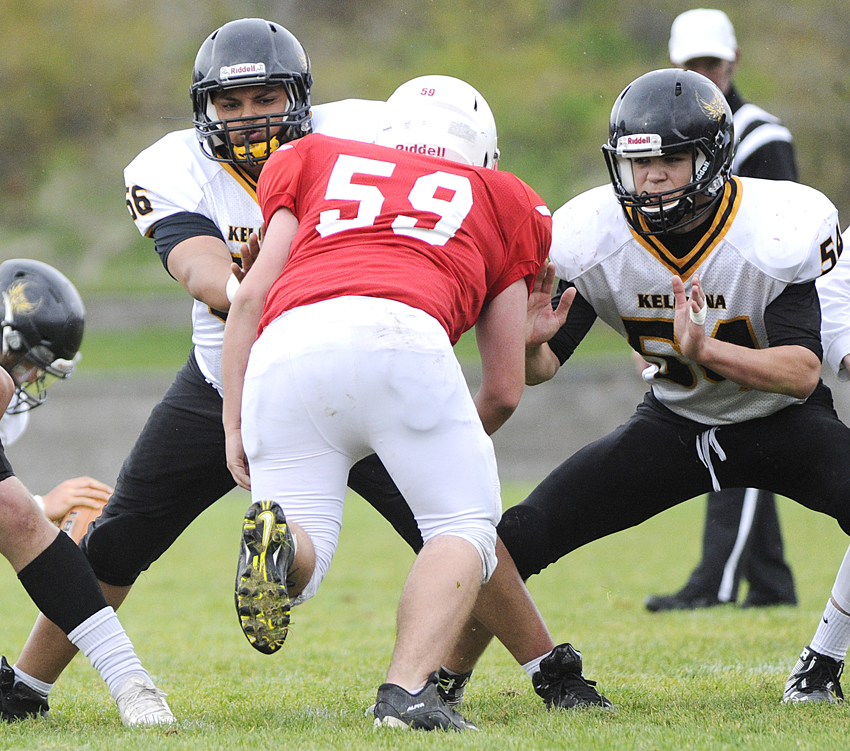