Warriors and Vees to meet in 1st round of BCHL playoffs

After a wild final weekend of the BCHL’s regular season, the league’s first round playoff matchups are set.

There are plenty of interesting series ahead, but one of the most intriguing is an all-Okanagan battle between the West Kelowna Warriors and Penticton Vees.

The stage is set for the @ShawInfo BCHL Playoffs! pic.twitter.com/QQte07TOVw

Penticton is the number one seed in the Interior Division, while the Warriors are the sixth seed, but they’ve looked like a brand new team since an ownership change and busy trade deadline.

The last meeting between these two teams showed that improvement, as the Warriors took the Vees to overtime before ultimately losing 5-4 at the South Okanagan Events Centre. 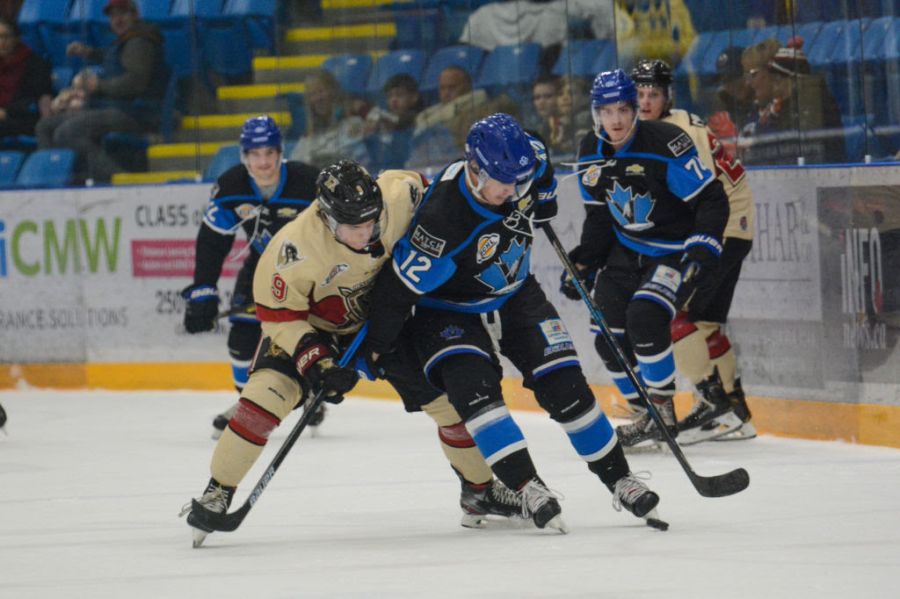 Games one and two of this first-round series will be played at the SOEC on Thursday, Feb. 27 and Friday, Feb. 28.

It’ll then move north to Royal LePage Place in West Kelowna for games three and four on Sunday, March 1 and Tuesday, March 3.

PLAYOFFS ARE HERE! Below is the schedule for the first round vs @PentictonVees . Game 1+2 take place in @SOEC and then Warriors have Game 3+4 inside RLP. Tickets on sale Wednesday! Remember if you purchase season tickets for next year this years playoff tickets are FREE!#BCHL pic.twitter.com/iF81KNozkP

If necessary, games five and seven will be played in Penticton, while game six would be in West Kelowna.

The winner between Penticton and West Kelowna will take on the winner of the series between the Trail Smoke Eaters and Prince George Spruce Kings in round two.