The Kelowna RCMP received the distress call from a GPS device near the Wallaston forest service road (FSR) and Brunette FSR.

Crews attended the scene of the accident which was several kilometres up the FSR and found two men had been involved in a UTV roll over.

COSAR explains that one of the passengers, a 52 year old man, did not survive his injuries and was pronounced deceased at the scene. 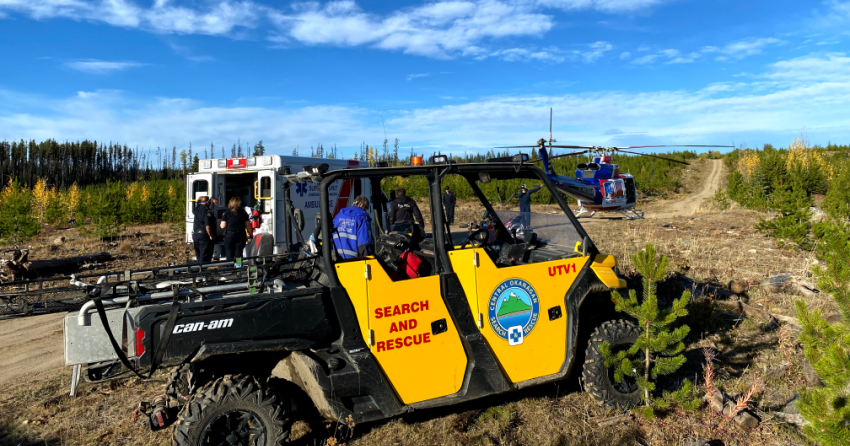 The second man, also 52 years old, is in critical condition and was airlifted to Kelowna General Hospital.

“On behalf of COSAR’s members, I would like to share our sincerest condolences to the families of those involved in this accident,” said Brad Trites, COSAR president.

Due to the privacy of the deceased, in accordance with the Coroners ACt, no other information will be released by RCMP or the BC Coroners Service.

An investigation into what caused the collision is ongoing.