His motorcycle collided with a pickup truck at about 12 pm near Hardy Street.

Medics attempted to save the motorcyclist but he died at the scene, Mounties said.

The RCMP said it will not release the man's name and provided no further details about him.

In the aftermath of the crash, the road was closed both fully and partially, causing serious delays.

It has since been cleared.

Police said they are now investigating what led to the crash.

They are seeking assistance from any witnesses who have not already been interviewed by officers.

NowMedia readers said traffic has stopped in both directions around Antlers Beach. 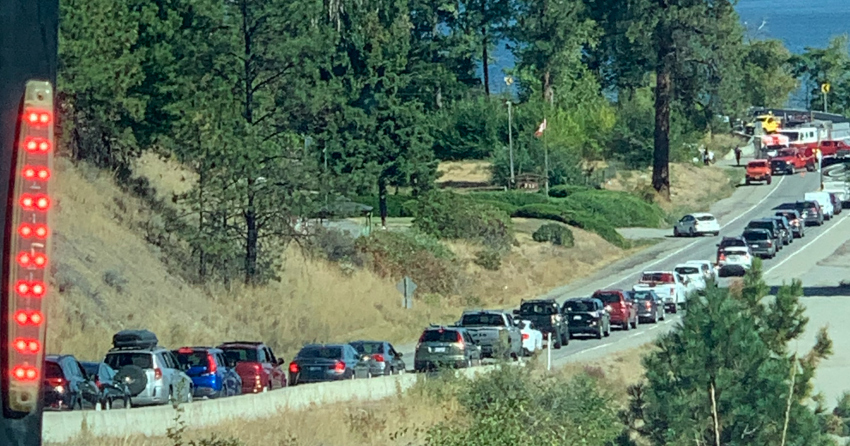 Drive BC said a vehicle incident at Hardy Street is causing the gridlock.

A reader told NowMedia a truck and motorcycle had collided.

This story will be updated when more information becomes available.