UPDATE: Police identify woman who went missing with her dog along Mission Creek

(UPDATE: June 15 @ 11:55 am) - The Kelowna RCMP has released more information about the search for a missing woman along Mission Creek and is turning to the public for assistance.

Chelsea Cardno has been identified as the subject of the search that began late Tuesday morning.

The 31-year-old was last seen leaving her home on Dougall Road South around 8 am and was heading to the Mission Creek Greenway to walk her German Shepherd "JJ." 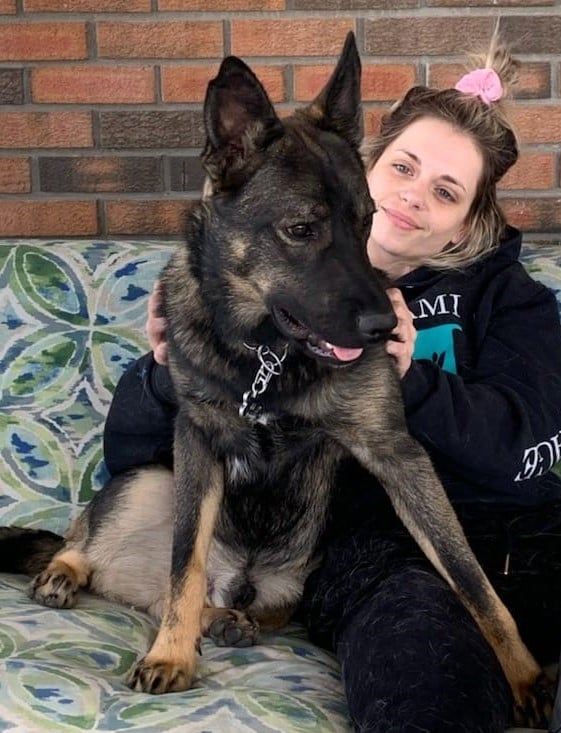 Central Okanagan Search and Rescue and the RCMP started the search for Cardno around 11 am and based it out of where her white BMW was parked at the north end of Pasadena Road.

It was suspended at 9 pm Tuesday, but will resume this afternoon.

Cardno is described as 4'11" and 108 lbs with brown hair and blonde highlights, and was last seen wearing a blue or grey ball cap, a bright red puffy jacket, sweatpants and black lace-up style army boots.

“At the time Chelsea went missing, the water level of Mission Creek was high and fast-moving,” said Cst. Mike Della-Paolera. “While searching the area, COSAR rescued over-turned kayakers at the mouth of Mission Creek."

He also mentioned that, during the search, COSAR members came across a family who was letting their child play in the water and told them it was unwise to do so.

"Given the local state of emergency, the Kelowna RCMP are asking citizens to stay away from Mission Creek," added Cst. Della-Paolera.

Police would like to speak with anyone who may have been in the Mission Creek area on Tuesday and saw Cardno and JJ walking.

(UPDATE: June 15 @ 10:45 am) - The search for a missing person that was potentially swept into Mission Creek on Tuesday is suspended at this time.

Central Okanagan Search and Rescue will meet with the RCMP this morning to establish a path forward.

COSAR search manager Duane Tresnich told KelownaNow that his team was called out to assist in finding the person who was reportedly last seen walking along the Mission Creek Greenway Tuesday morning.

Their car was parked in the area of Pasadena Road off Hollywood Road S in Rutland.

Tresnich said he had 22 COSAR members spread out from that area on bike and foot, as well as a search boat at the mouth of Mission Creek.

An RCMP drone and helicopter were used to search the waterway from above.

COSAR members also spanned one kilometre towards Gallagher's canyon, but pulled out of the area when they saw trees actively being washed out into the river.

While the search for the missing walker was unsuccessful, COSAR did make a separate rescue while involved in the task.

"During the search where the boat was out in front of Mission Creek, they came upon a kayaker in distress," explained Tresnich.

Team members rescued the kayaker, who was suffering from severe hypothermia after venturing out for a paddle and getting in trouble.

Tresnich urged the public to stay away from Mission Creek right now and said that his members came across a family last night who were letting their child play in the water.

"They interceded and let the family know they should not be doing that," he noted.

KelownaNow will continue to update this story as it develops.

(Original story: June 14 @ 4:40 pm) - Amongst the chaos of localized flooding this morning, a search got underway along in the Rutland area.

Just after 11 am, the Kelowna RCMP received a report of a "possible missing person" in the area of Mission Creek. 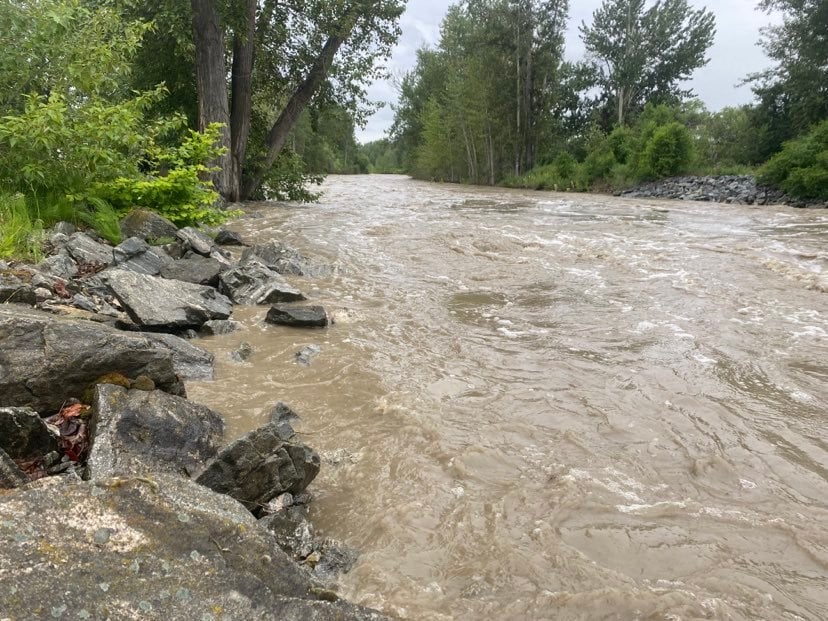 Out of an abundance of caution, COSAR and RCMP Air Services have been activated and they are assisting in searching the area.

They are currently set up in the Pasadena Road area of Rutland.

Kelowna RCMP is in the preliminary stages of the investigation and is in the process of confirming more details.

NowMedia will provide more information as it becomes available.