Volunteers filled a 40-cubic-yard dumpster with garbage and collected 8.3 tonnes’ worth of abandoned vehicles during a single outing to clear up the Peachland watershed.

The 78 conservationists found five abandoned vehicles, two camper vans, a grow op and a rotting moose carcass lying on a tarp during the annual community clean-up on Saturday. 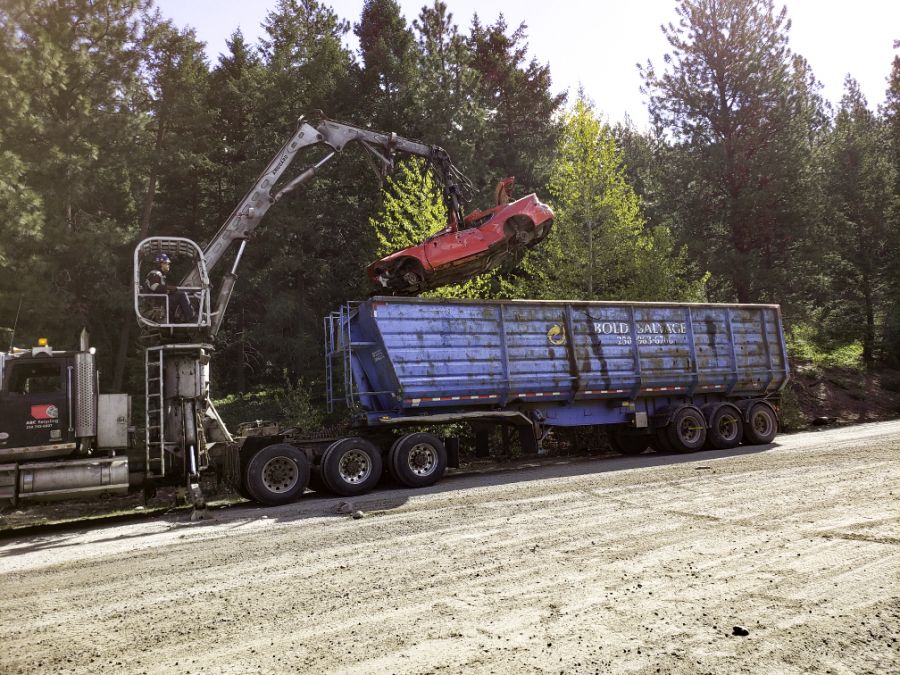 It was organized by the Peachland Watershed Protection Alliance (PWPA), the Okanagan Forest Task Force (OFTF), Greata Creek Camp and the District of Peachland.

Volunteers were aided by the BC Conservation Officer Service, GFL Waste, Tolko and ACE Recycling. 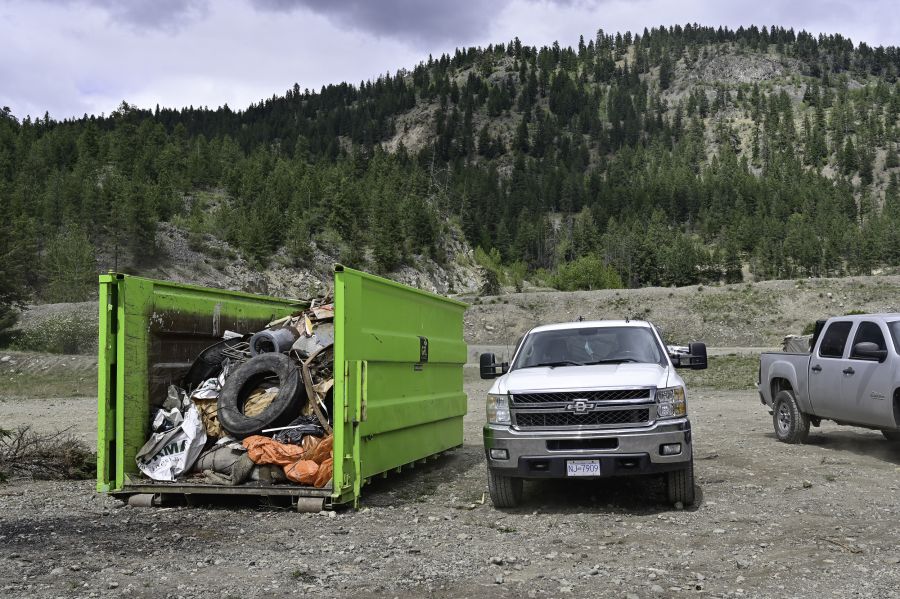 The illegal dumping above Peachland is of particular concern to PWPA Chairman Jack Gerow because toxic materials from the likes of vehicles can end up in the water supply.

“Despite this area being designated as a community watershed, the area is outside the jurisdiction of the District of Peachland,” he said. 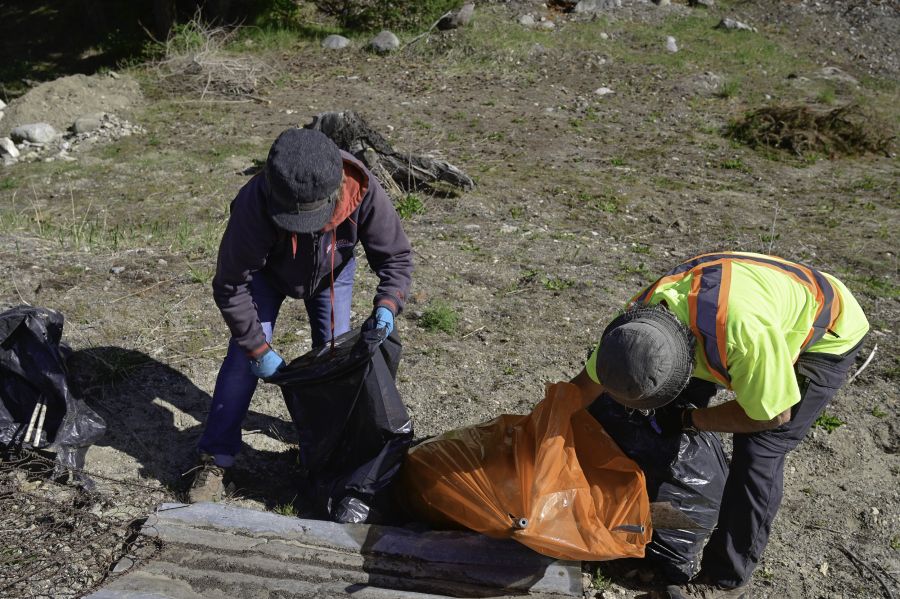 “The result is little can be done to prevent illegal dumping or to catch the offenders.”

Gerow added: “A community clean-up can mobilize a significant number of motivated volunteers who can get a lot done in a short amount of time. It’s not the best solution, but for now it’s all we have available to protect our watershed. 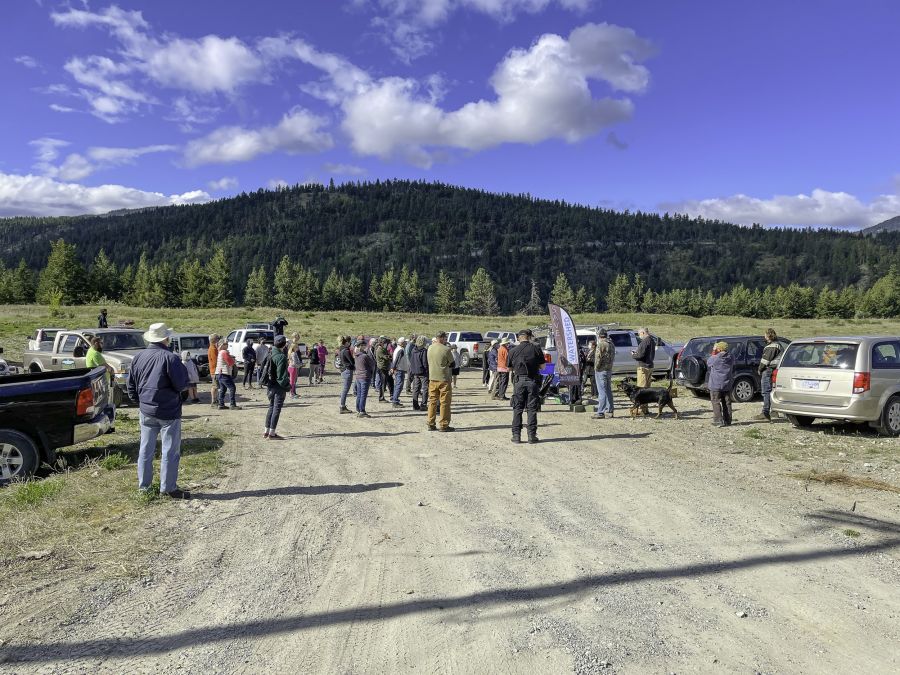 “A big shout-out goes to all the volunteers who gave their time to this worthwhile effort.”

Despite filling the huge dumpster and collecting over eight tonnes of metal, the volunteers said they found more trash and vehicles than they could carry. 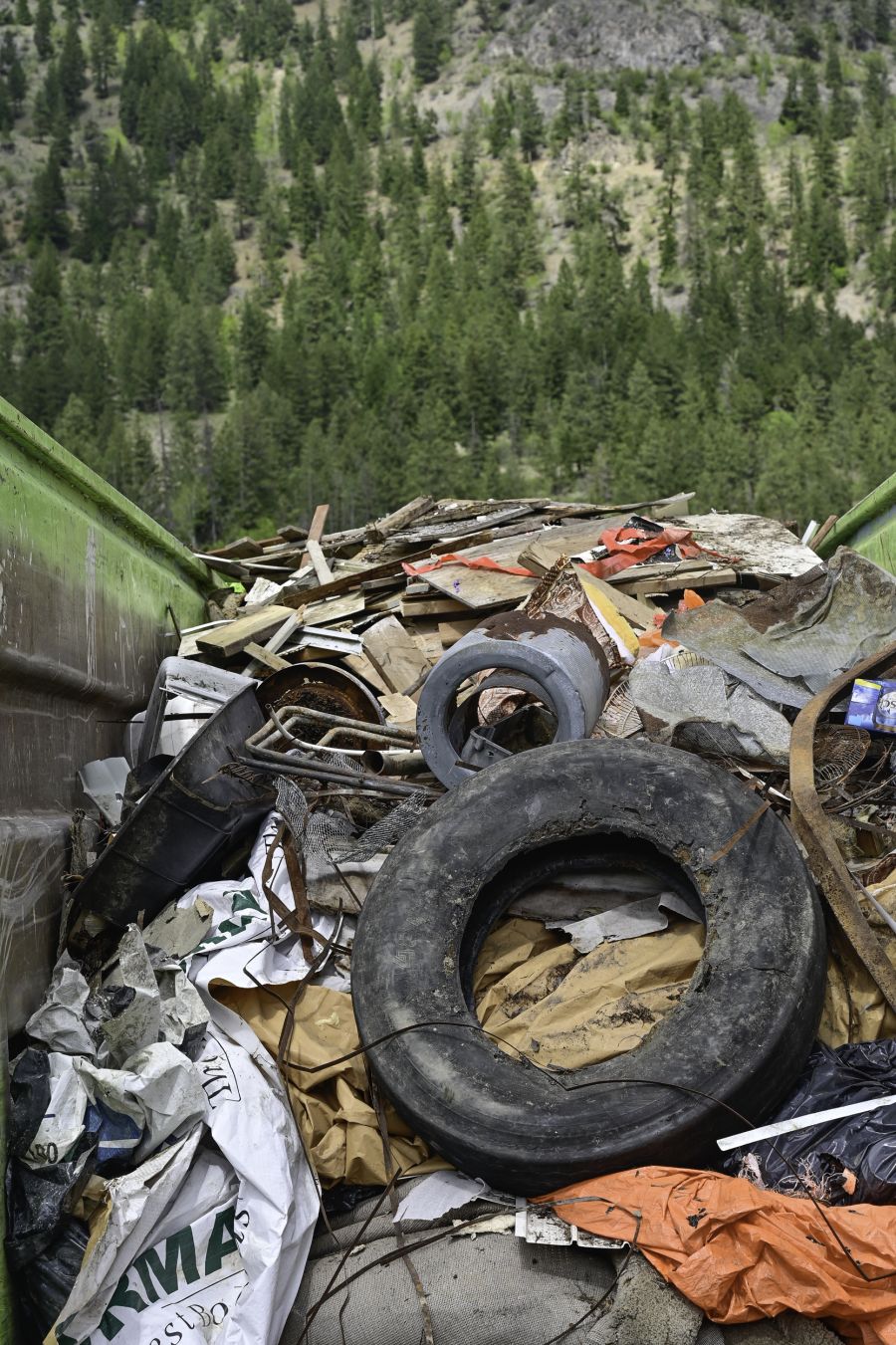 A fall clean-up is being planned to help take care of what remains – and any new garbage that criminals dump.