We met him on an atypically cool August day on Munson Mountain. 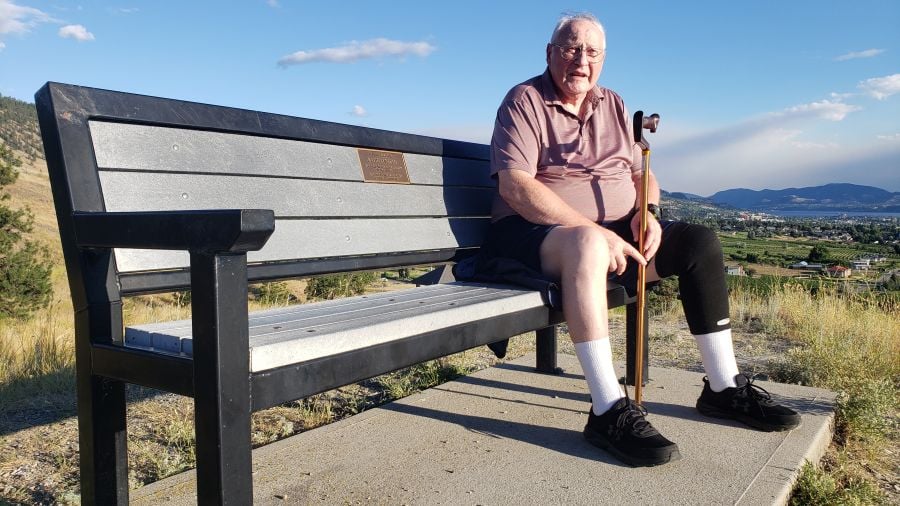 We'd arrived for our usual hiking routine when we noticed him slowly but steadily making his way up a trail. On one of his knees, a brace. In one hand, a cane. We'd later learn both knees were damaged -- the victims of time and medical impropriety.

As he willed himself up the slope, clearly in substantial pain, we wondered why. Fitness regimens don’t mandate clients -- particularly mature clients -- exercise while injured.

He finally arrived at one of the benches overlooking the orchards and the vineyards and of course Okanagan Lake and took a seat. A half hour later he was still looking at that view -- one of the best in the region. 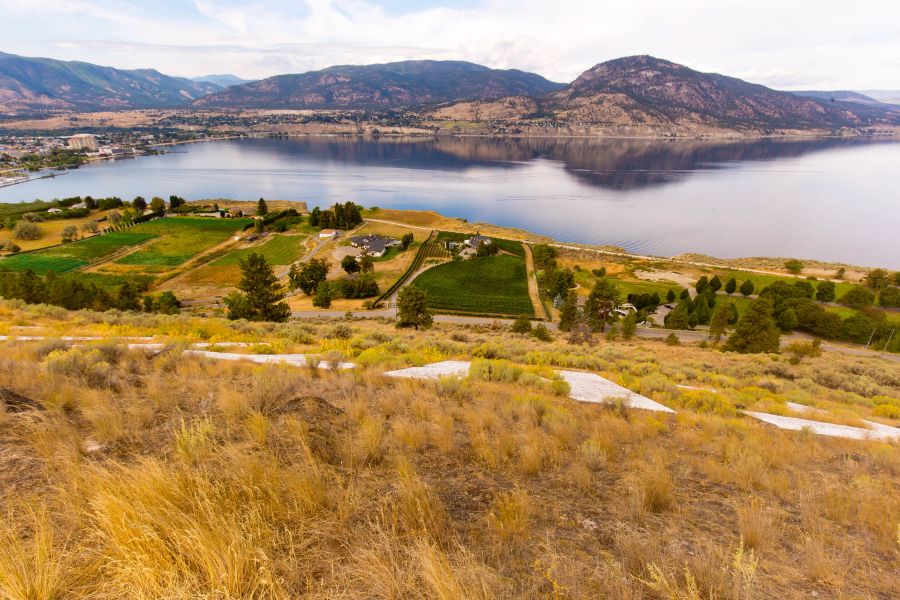 So we said hello.

His name, it turns out, is Roger. Roger Hawkins. He's 74 years old and suffers from so much knee pain he can barely sleep at night.

Roger was at one time a teacher in Penticton. He lived in town from 1999 to 2008 and taught at Skaha Lake Middle School. He was, in fact, there from the very start. He designed the facility's first-ever workshop. 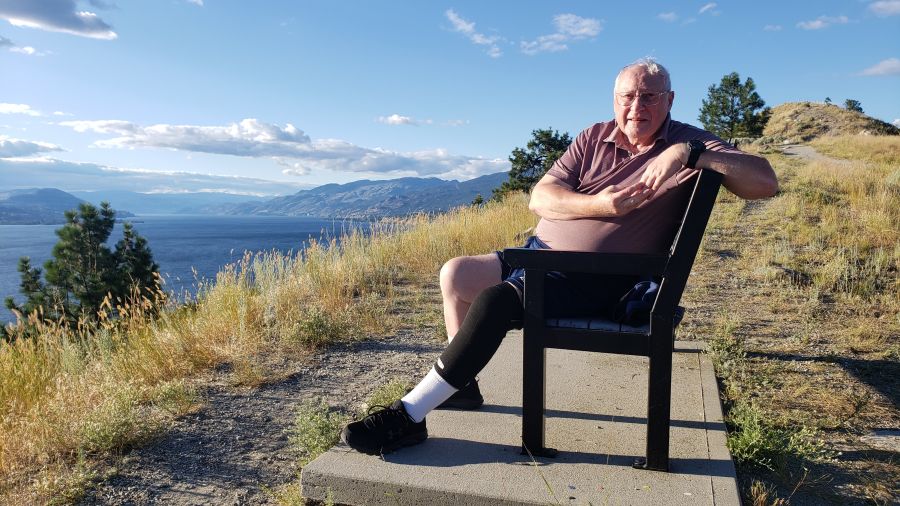 It was the best time of Roger's life. Teaching where he wanted to teach, living in his happily adopted home and married to the true love of his life.

Her name was Susan. They met while teenagers in their native England.

"But when I was in university," said Roger, "I decided I was going to come to Canada. I wasn't sure how the relationship would go and she wasn't sure what to do. When you're 21, you want to make your fortune in the world. So I left her behind and came out. That was 1969. 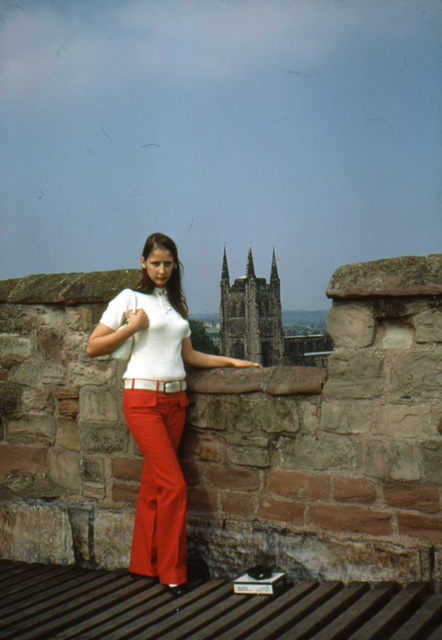 "But for my birthday in 1970, she told me she was coming to Canada. She was just 20 years old. It was wonderful. She brought all her stuff with her. I was so happy."

Two years later, Roger and Susan flew back to England long enough to get hitched. They then returned to Saskatchewan where Roger taught at the time. 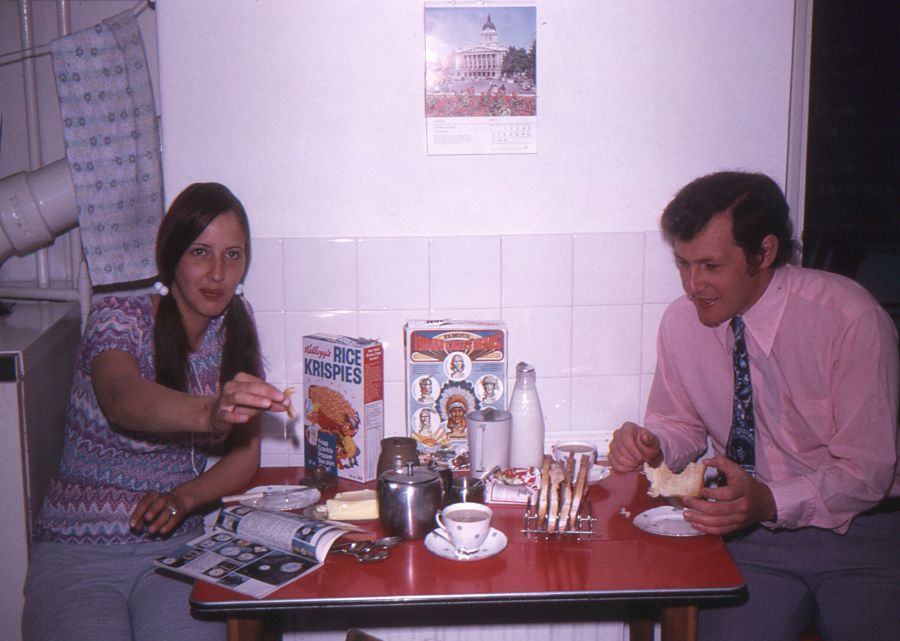 "We had two children there," he said. "I ended up teaching there for 30 years, in the same school."

But almost every year, Roger and Susan would vacation with friends (and kids) in Penticton.

"So it came to be the natural place where we wanted to retire," he said. "Every time we came in from Kelowna, just after we drove by the sawmill and came down the hill and saw Okanagan Lake in front of us, we'd say 'It's home.'" 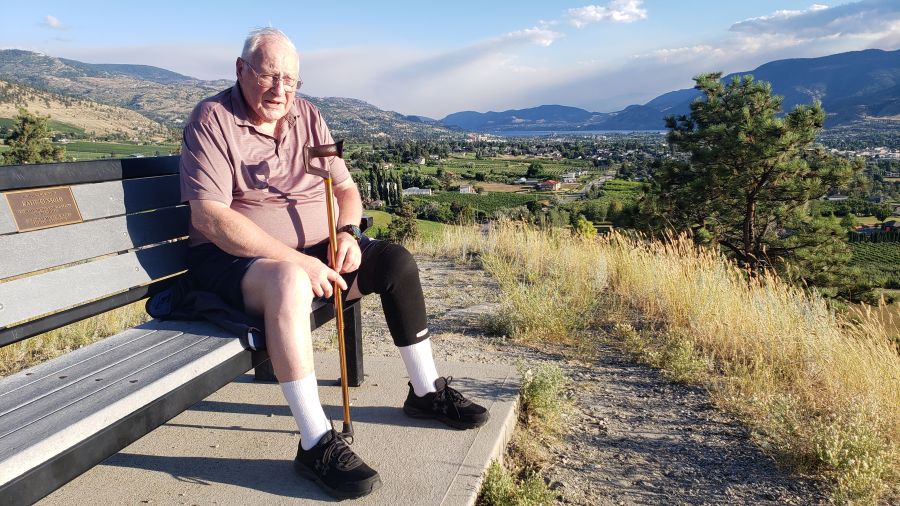 And in 1999, they finally made the move to the Okanagan. Roger ended up at Skaha Lake Middle School and Susan, a former newspaper editor, transitioned to a variety of bookkeeping and accounting jobs in her new Penticton life.

The two would often meet after their workdays on their boat, tied up at the marina, for a glass of wine and a leisurely chat before heading home.

But to Susan, there was nothing quite like Munson Mountain. 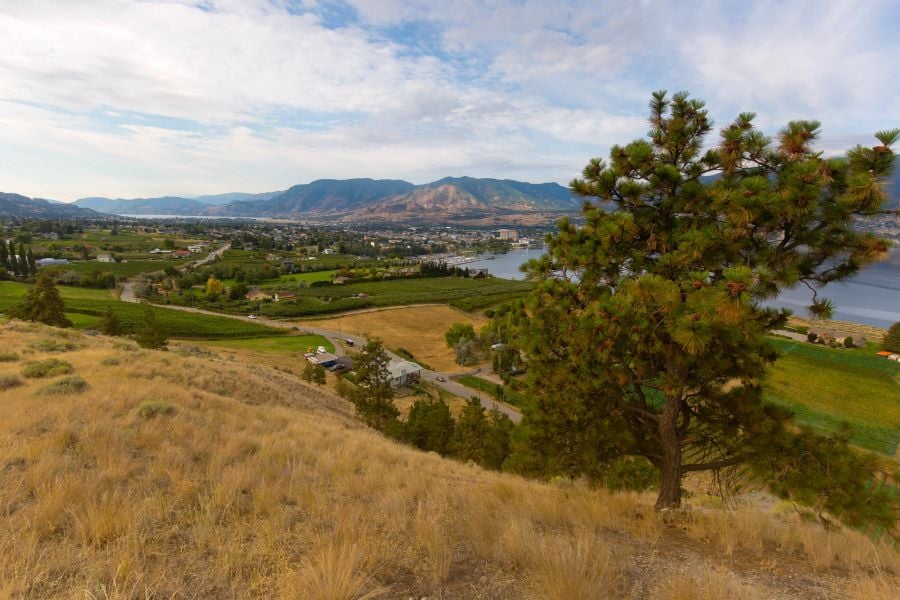 "She loved walking up here," said Hawkins. "We'd come here together, but she'd often come by herself.

"Once in a while she'd come to the area to ride horses too. She came up here on horseback as well."

But life can be brutally unfair.

In 2007, Susan was diagnosed with cancer, for the second time. And just one year later, the love of Roger's life passed away. 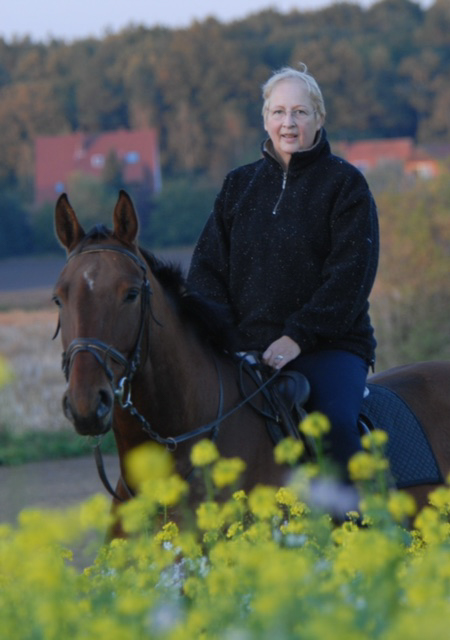 His kids figured it would be best if he sold his Penticton home and come to Airdrie, Alberta, where his daughter Shanda and her three daughters lived. 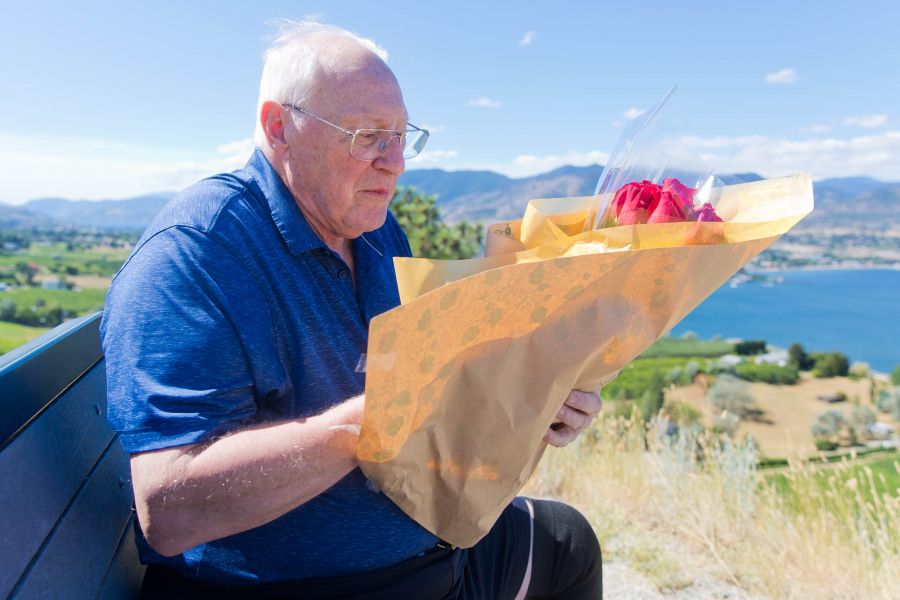 So that's what he did. And today, Airdrie is still his home.

But it's not Penticton, where his life was at its peak. Where Susan was.

So in 2009, the year after she passed, Roger began an annual pilgrimage. Every year on their wedding anniversary, Aug. 5th, he'd get himself to Penticton and climb Munson Mountain. He'd find Susan's favourite bench and honour those feelings that time just wouldn't erase. 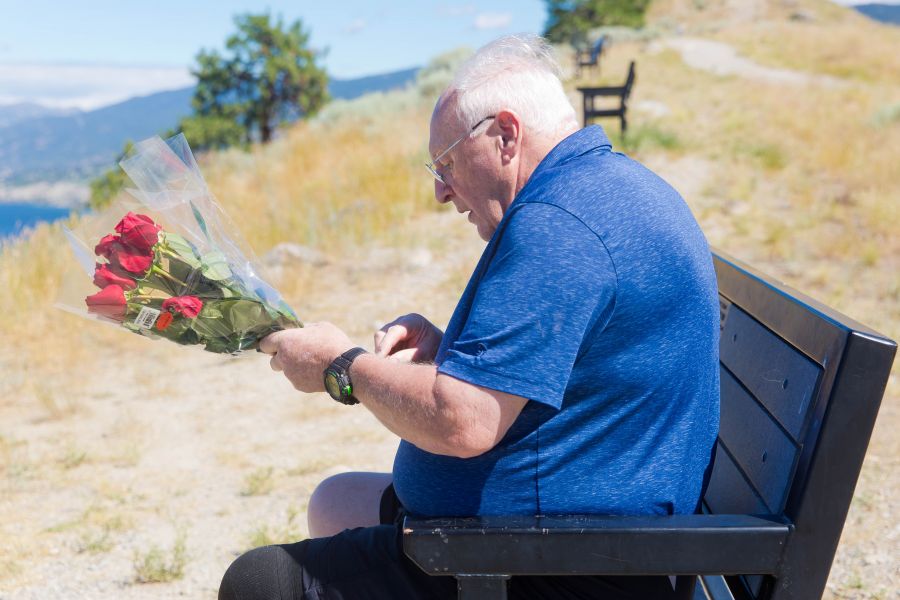 At first, Roger figured he'd try putting a plant in the ground. But, he said, "nothing would grow here. It's so dry."

Eventually he settled on a dozen roses. He'd stand on the edge and throw them, one at a time, to the wind. As each rose took flight, he'd call out the name of a family member. The last roses were for Susan. 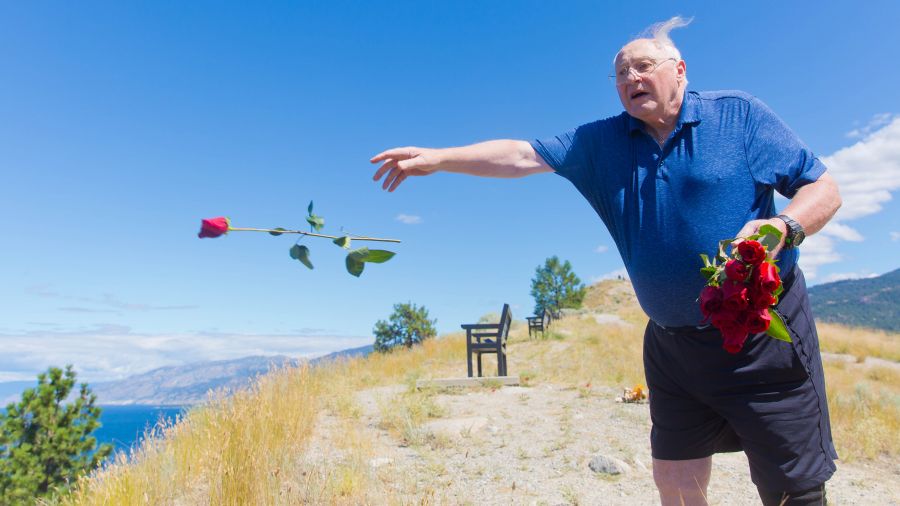 This year, Roger made two stops at Munson. The day he arrived just to sit and reflect, and the day he departed to scatter the roses. He graciously allowed us to sit in on the latter.

"It's a beautiful spot," he said, choking back his emotions. "You couldn’t ask for better. We used to boat on that lake." 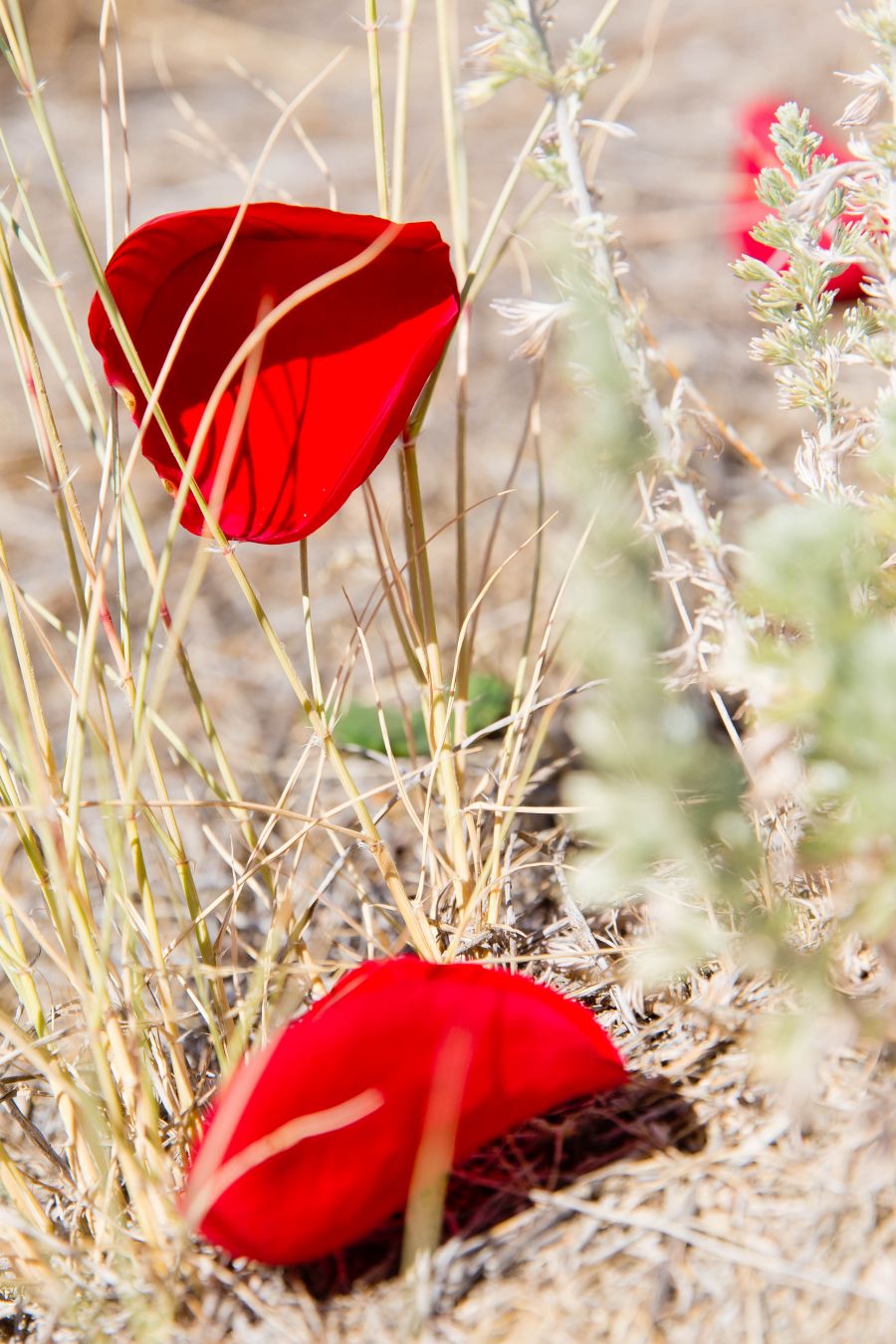 It was their 50th wedding anniversary. Bum knees and all, Roger plans to be here next year for 51.