As Ogopogo Motel crashes down, we have artwork for potential replacement

Finally, the Ogopogo Motel, once one of Penticton's summertime favourites but in recent years a mere shadow of its former self, has been put out of its misery. 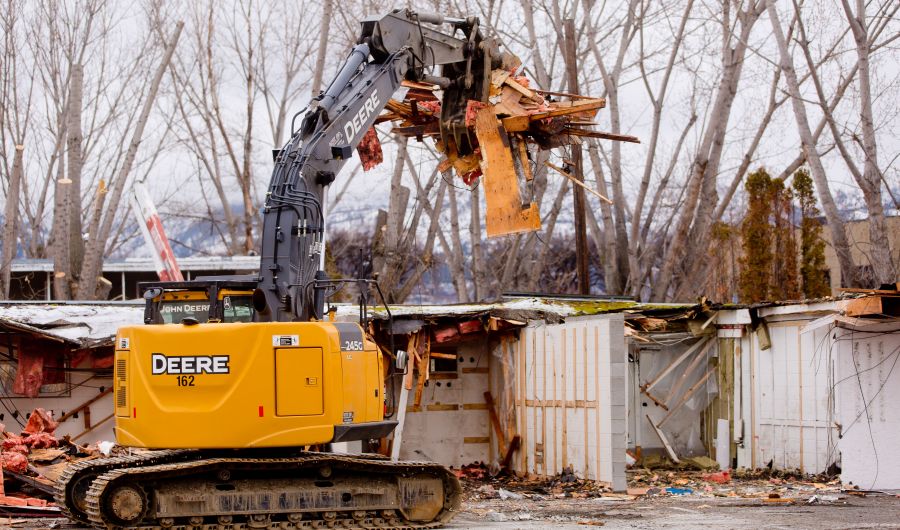 Monday at noon, after months of controversy involving its inhabitants, its new ownership and its immediate future, the demolition began.

By the end of the day, with a pair of excavators working quickly but surprisingly gently, much of the motel had been annihilated. The main building, with its check-in area and lobby, will disappear Wednesday. And within a week, said Justin Visona of demolition contractor Visona Enterprises Ltd., the RV park in the back will be gone too. 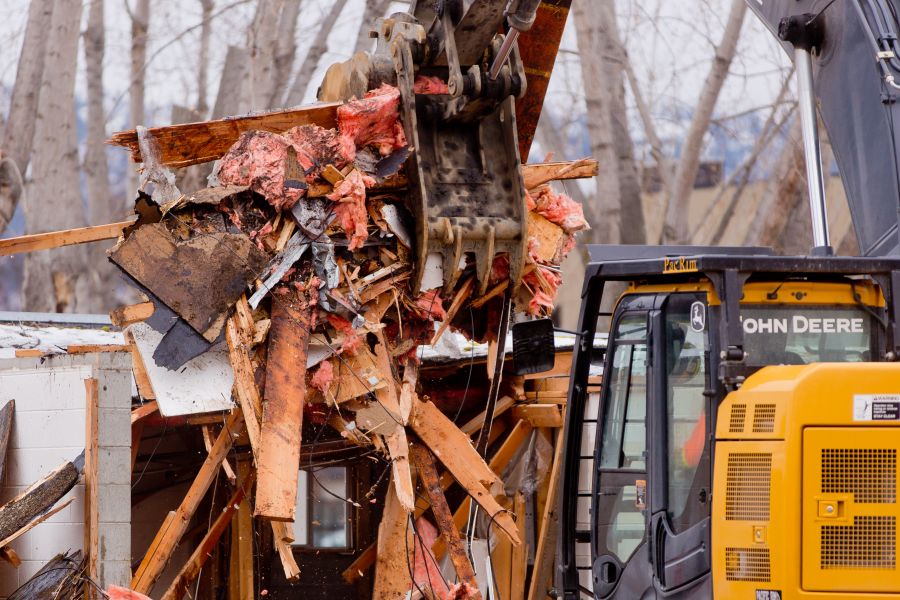 "At the end of the week, there'll be nothing but dirt," said Visona matter-of factly. "We leave a very clean site."

But what will appear in its place?

For that, one need not look much beyond the City of Penticton's ambitious, dazzling plans for the prized North Gateway quadrant, in which the Ogopogo property resides. 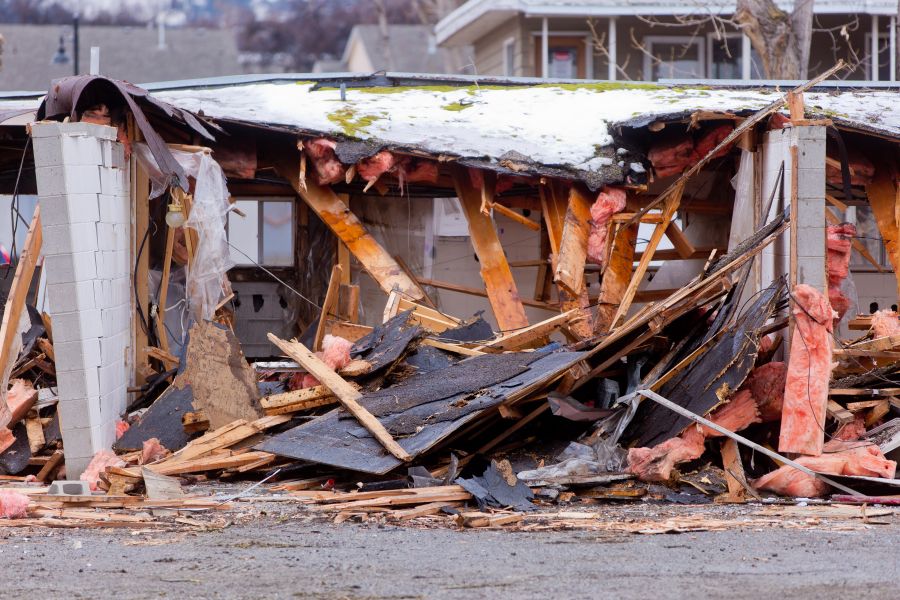 In the North Gateway, the City wants high density residential. It wants multiple storeys, sophistication and walkability. And it wants to show that the piecemeal, low-rise Penticton everyone knows is a thing of the past.

The swanky Riverside townhomes next door to the Ogopogo are a prime North Gateway example. Just a few years ago the land housed the decrepit Highland Motel. Now the Riverside, with per-unit pricing nearing the million-dollar mark, is sold right out. 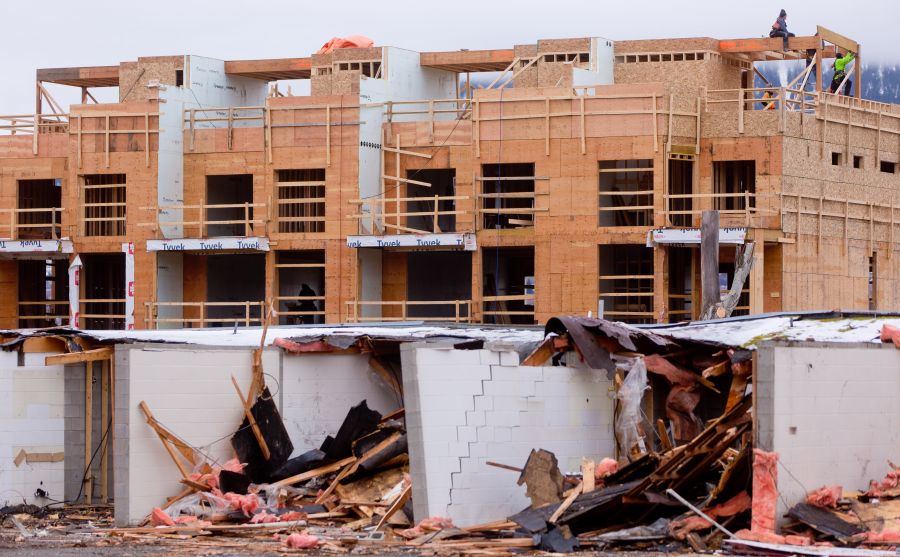 It’s not a coincidence that the Riverside, and the Sendero Canyon project in Penticton's eastern hills, are owned by the same developer that in June of this year bought the Ogopogo for $5.5 million -- Azura Management.

Azura boss Ewen Stewart is big on the North Gateway and big on Penticton in general. Indeed, he's still actively pursuing more properties across the quadrant and the city. 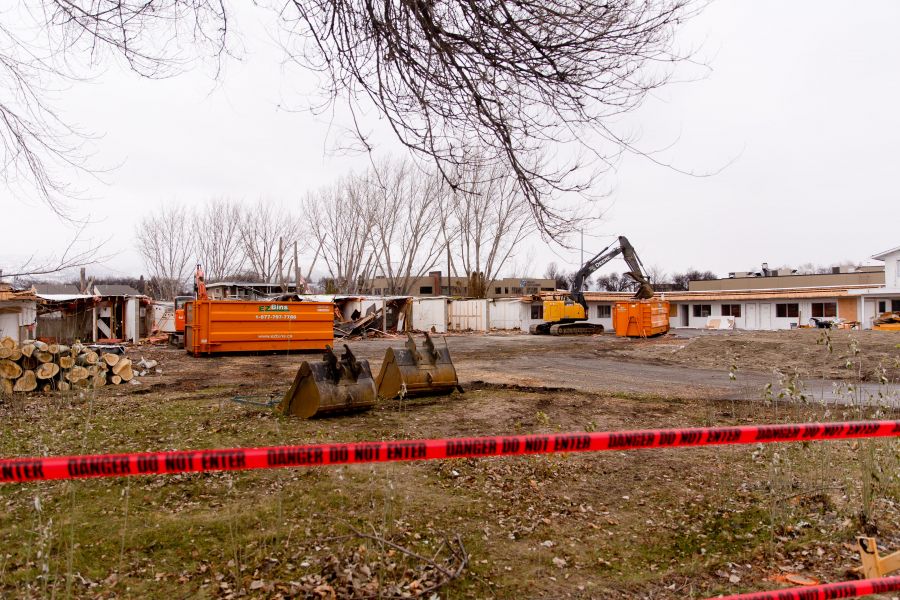 As for the Ogopogo land, Stewart has a vision. He supplied PenticotnNow with that vision a few days ago and yesterday gave us the okay to publish it, with the stipulation we make it 100% clear that the design has definitely not yet been approved. 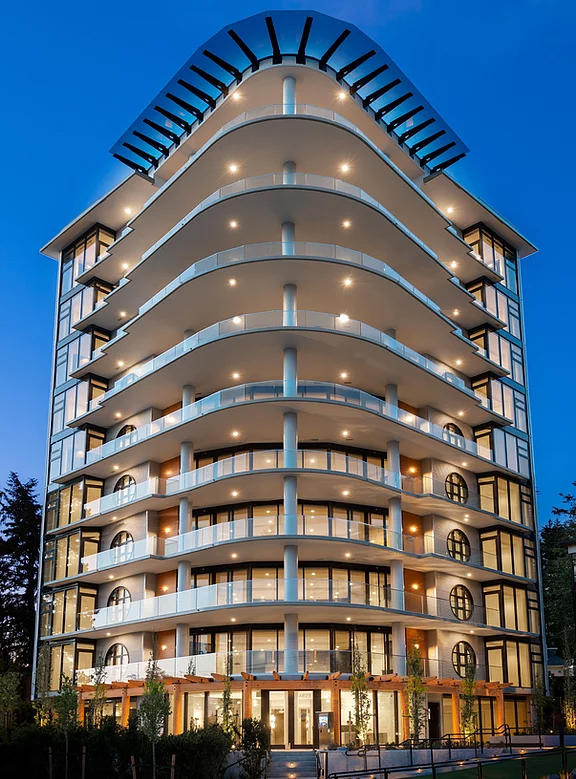 At this stage, it's merely a preferred concept -- a building Stewart and Azura believe would look good and work well in the soon-empty spot between the Riverside townhomes and the Riverside Village strip mall.

"It’s something I really like," said Stewart yesterday, "and we're seriously considering doing it. We just need to figure out if it all works, that's all." 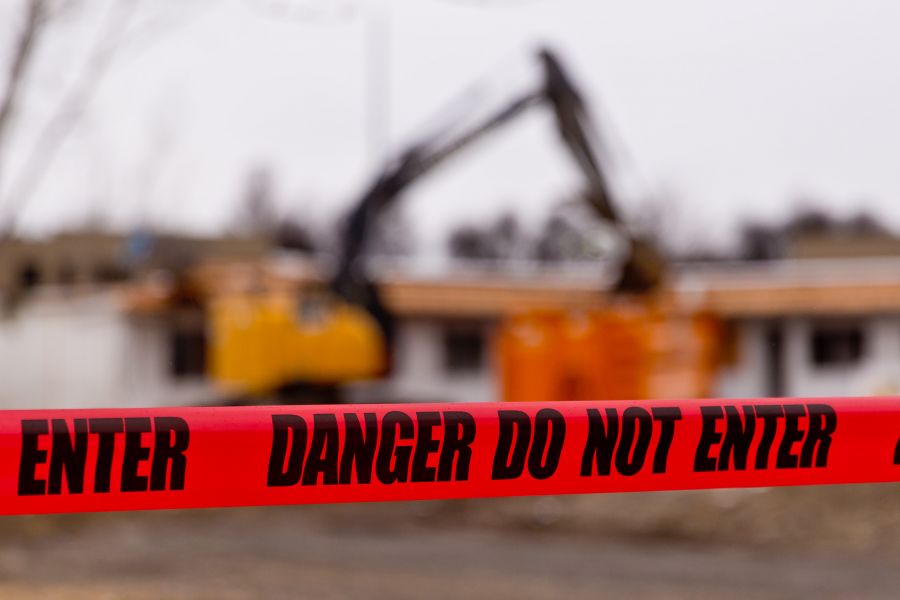 According to Stewart, zoning is not an issue.

No matter what the final height, the building won't support anywhere near 200 units. 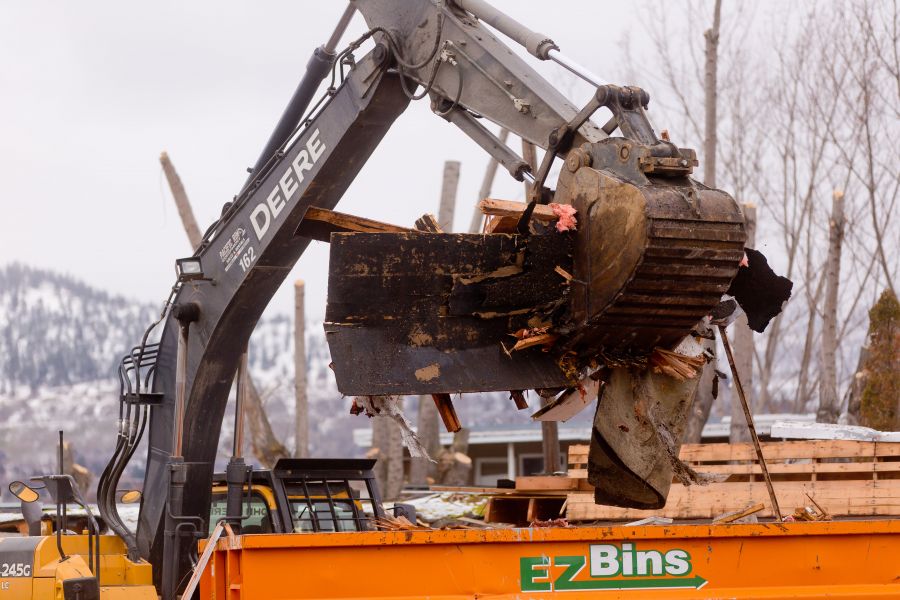 "That same 10-storey tower has been built in White Rock and finished about a year ago, by another developer. But I've got the drawings and I'm ready to go if I can make all the other things work."

The structure will not include retail or commercial space. However, a second "five- to six-storey building" fronting Wylie Street rather than Riverside (approximately where Ogopogo's RV park was situated) would likely feature retail space on the main floor. 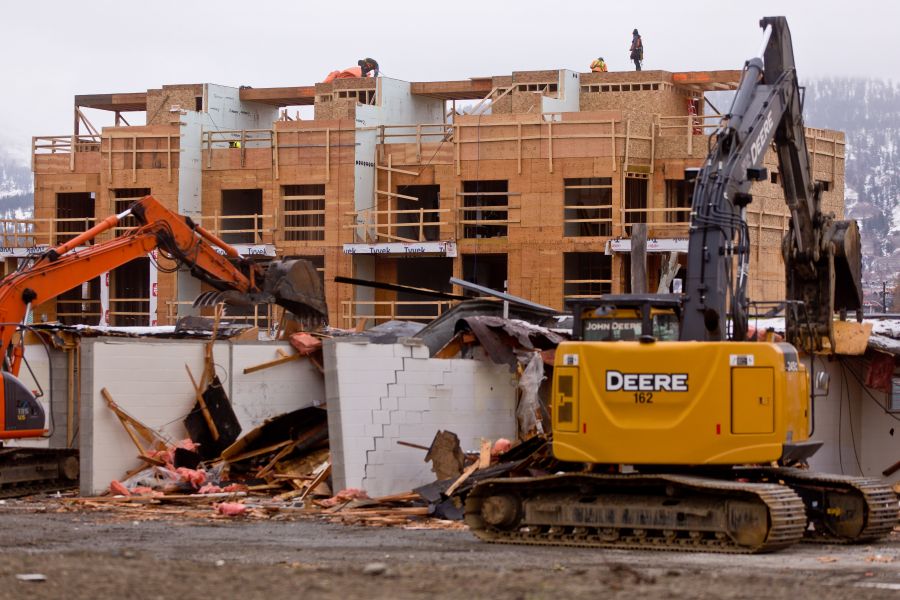 Soil testing, an especially big deal along Penticton's northern shore and along the Channel, has already been performed.

"It's been done and we have all the data," said Stewart. "And the soil is as we expected. It's soft soil for the first five to seven meters before you get down to something with some bearing capacity.

Pre-construction options include bringing in fill and waiting while it compacts (a similar process took place at the adjacent Riverside throughout 2018 and 2019), and piling.

"That's what we're working on now," said Stewart. "Looking at the soils and the geotechnical engineering and the costs of doing it via Method A versus Method B." 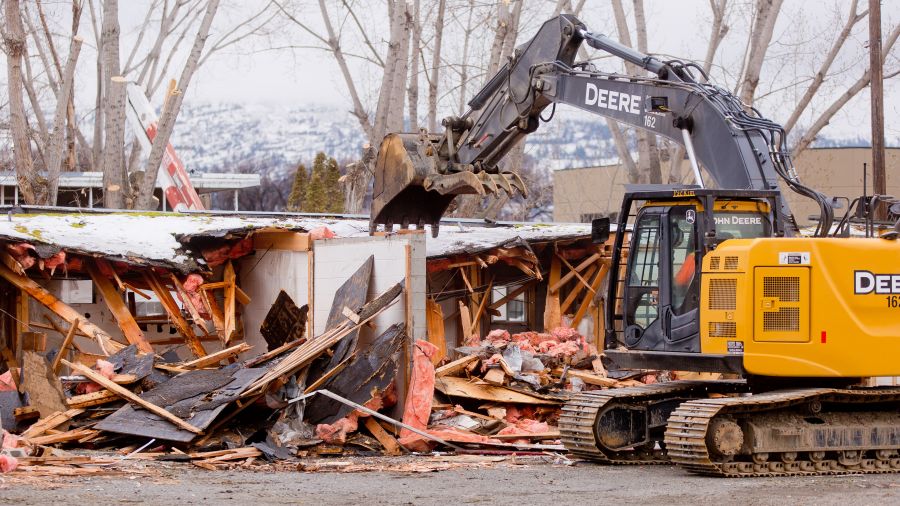 But the big question remains. Will the City approve of the design?

"It's a case of me working out the technical issues, which I'm trying to do for the first of January. It would then take me another two months to put the development permit up, then it takes whatever processing time the City would have.

"But development permits are very quick unless you're trying to change the density or the use of the land. And we're not doing that." 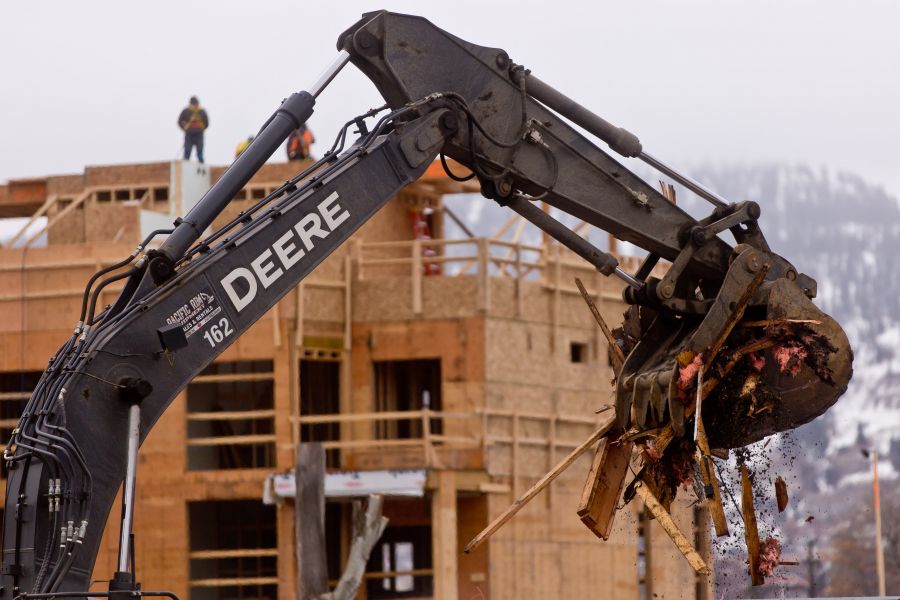