Today at 4 pm, Penticton gets to meet its newest lakeside attraction. 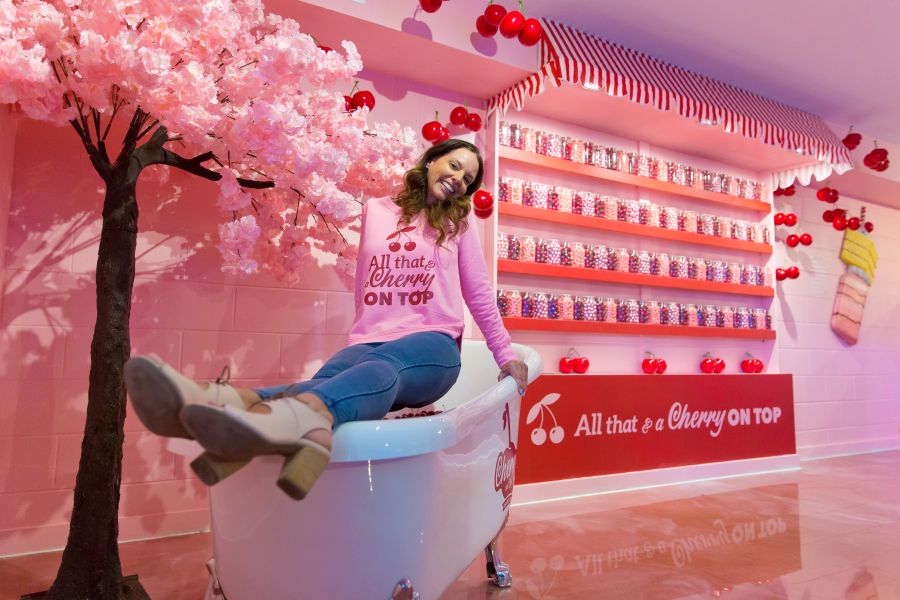 Hint: It's run by the same people who over the course of the past six years transformed the concession stand known as the Penticton Peach into an apparently living, breathing -- and wisecracking -- entity that quickly became the city's online jokester and ice cream epicenter. 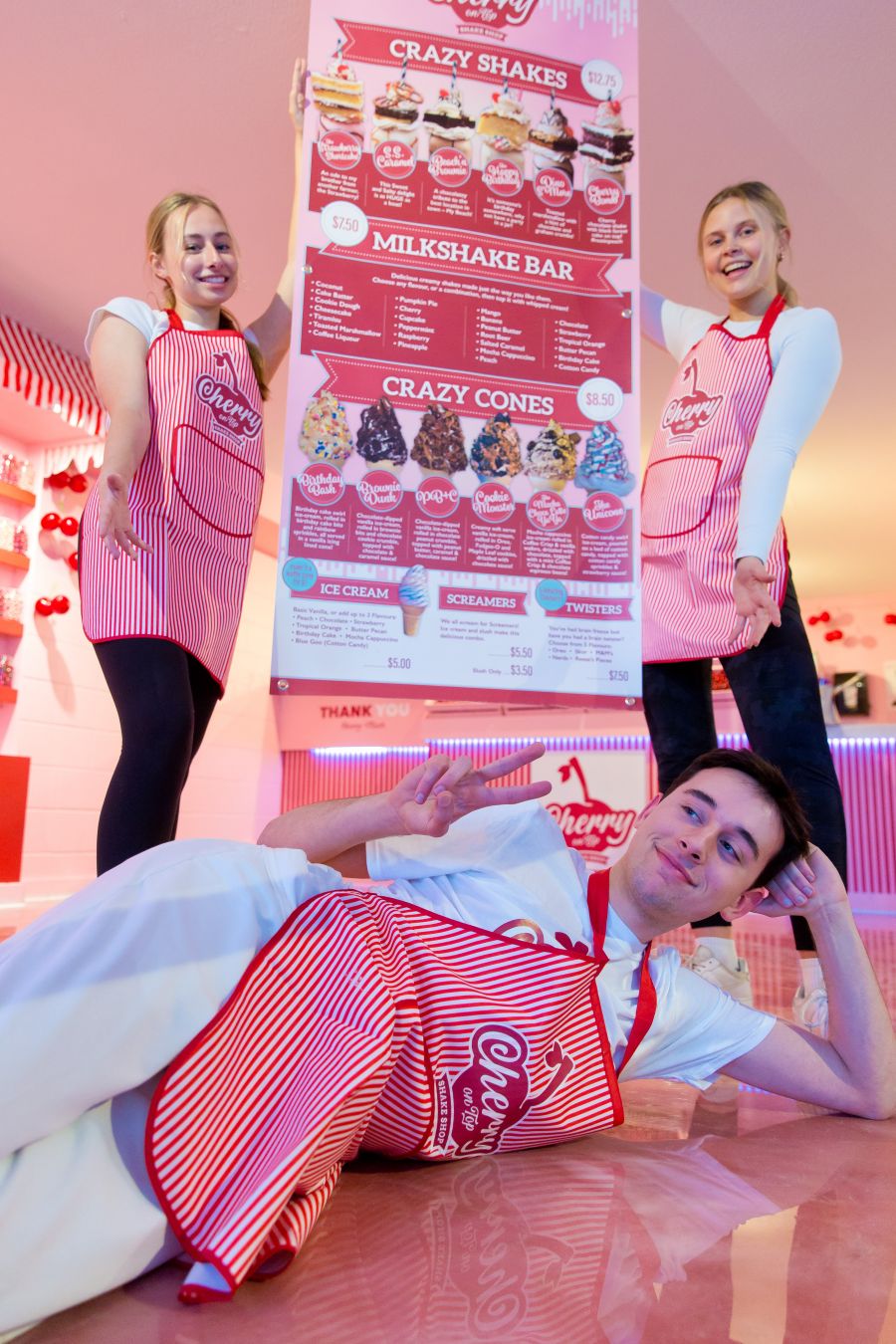 They run Loco Landing too. And with the PIB, Coyote Cruises. And, also in the same neck of the woods, Lickity Splitz Ice Cream Shop.

They're Diana and Dustin Stirling, and they’ve pretty much taken Penticton's northern shore by storm, and employed a ton of young people along the way, since importing here from Vancouver in 2010. 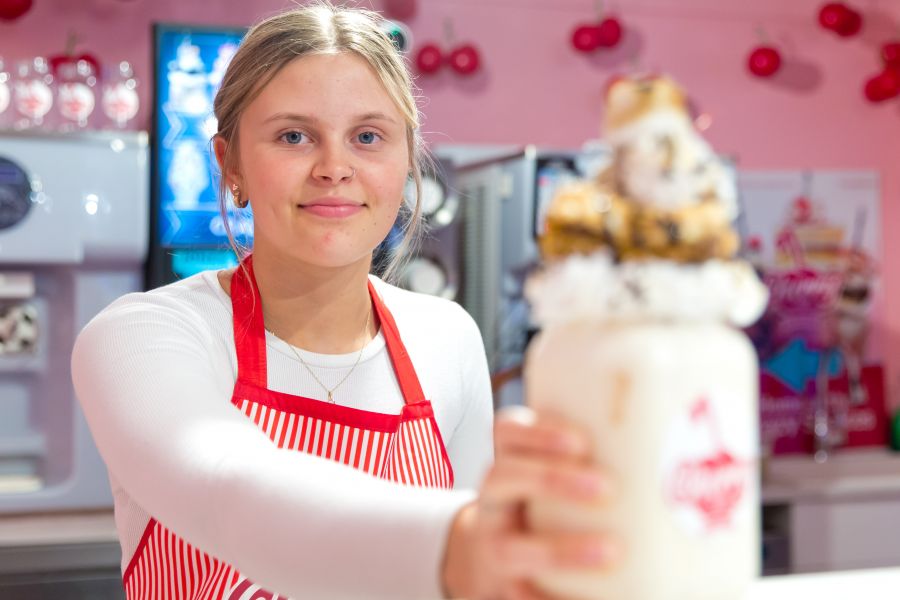 But it's that last biz -- Lickity Splitz -- that’s most pertinent to our story today.

As PentictonNow wrote in our feature on the shop in 2019, the couple purchased a big hunk of indoor space at 1028 Lakeshore a year prior, in 2018. They quickly built up Lickity in one half of that space, and were fully intending to create a "concept business" in the other half in 2020. Then, pandemic. And the space just sat there.

But in April of this year, the City of Penticton, some would argue quite foolishly, awarded stewardship of the Peach for the next three years not to the business that had morphed the place into legendary status, but to another group.

And work began immediately in the space next to Lickity Splitz. The Stirlings, feeling snubbed and "heartbroken" by what they feel strongly was a City snub, were now determined to recreate the beloved Peach menu in this new environment. 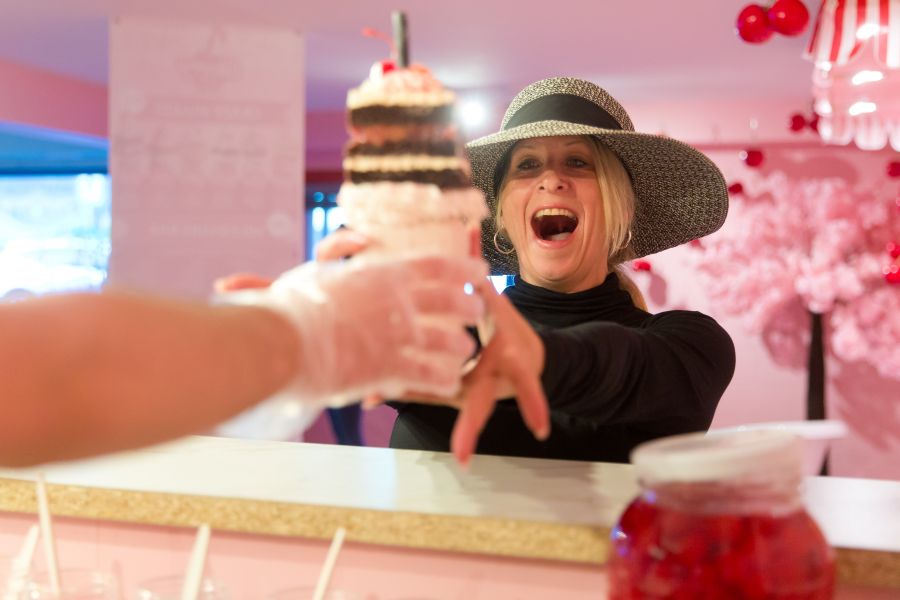 And they'd do it by the May long weekend, just about the same time the Peach was due to re-open under its new management.

Thursday night there was a soft opening in the space, and we attended.

It's called "Cherry On Top Shake Shop," and you enter the place through the very same door as Lickity next door. Indeed the two shops are separated not by a wall, but by a waist-high picket fence. 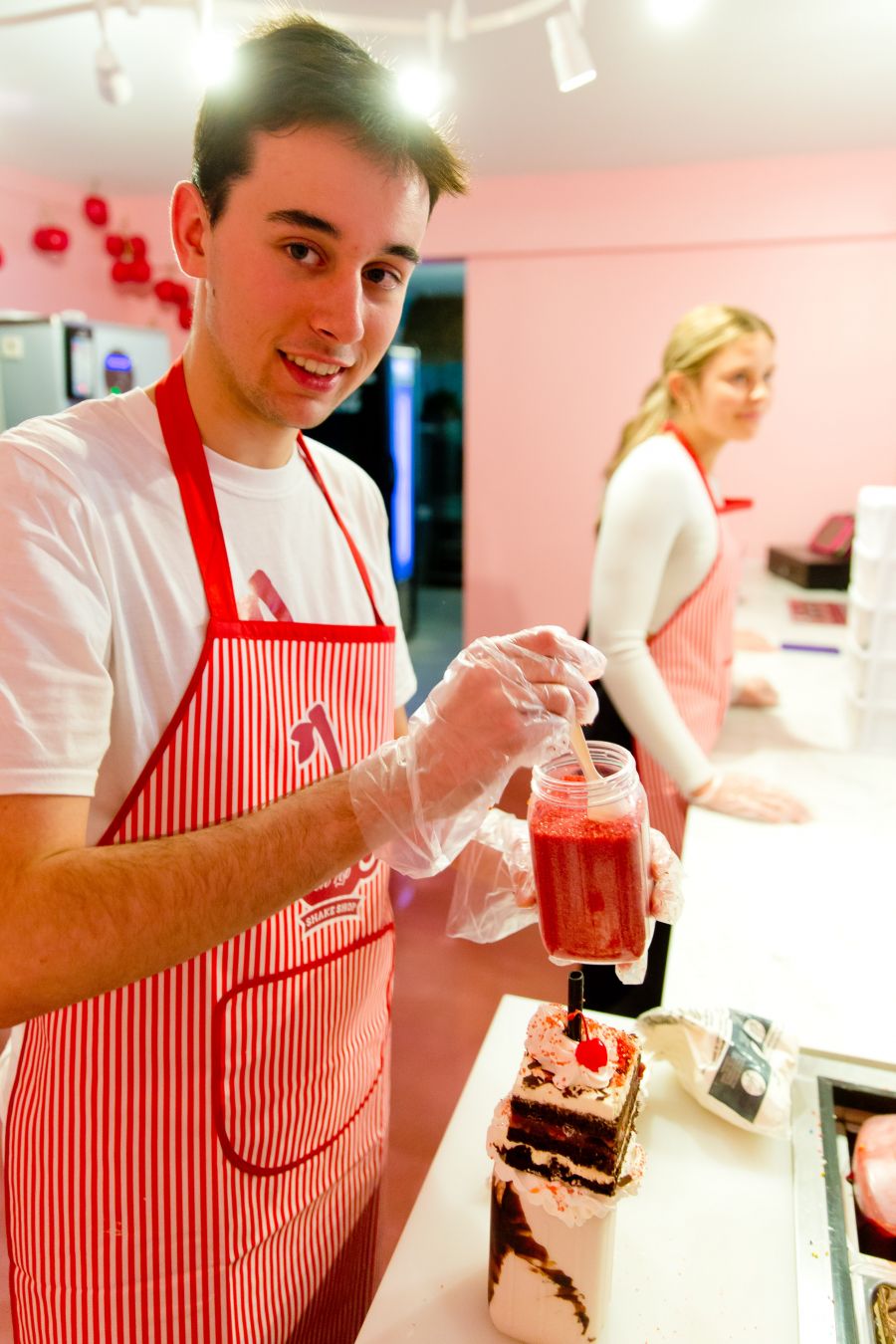 Both businesses are based on ice cream, and that fact alone may well make 1028 Lakeshore the ice cream capitol of the city. Other than that though, Lickity and Cherry are rather distinct environments.

Whereas the former is all about hard ice cream and 48 flavours and waffle cones, the newest biz on the block truly offers a full-on recreation of the soft ice cream-focused Peach menu.

Every single item, plus a new one -- a "Crazy Shake" called Cherry Bomb that's based on a cherry chocolate shake and features a black forest cake on top and fuzzy peach on the bottom -- came from the Peach. 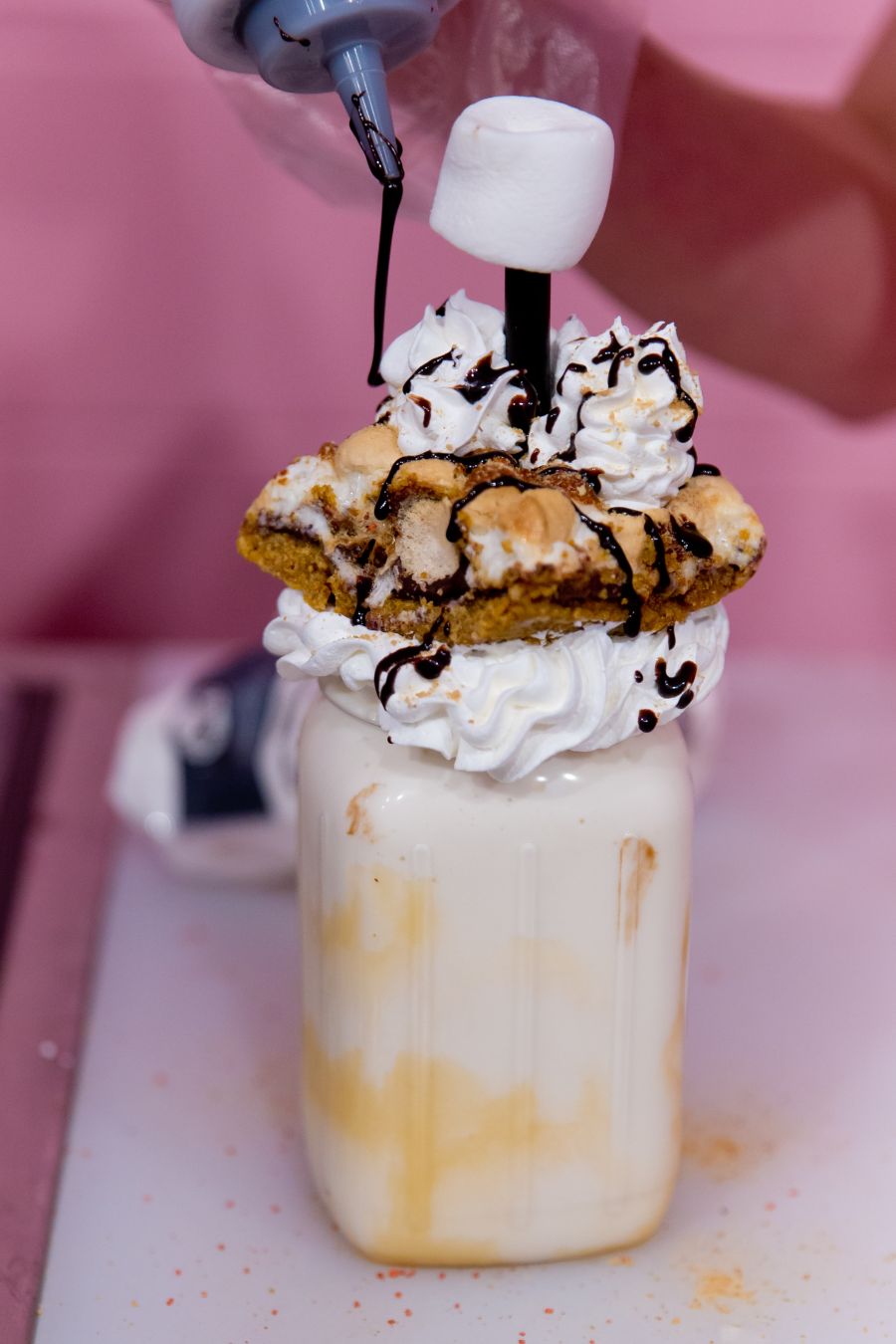 It's also a space unlike any in the region. Enter it and you might feel like you’re in a magical cartoon land where the dominant hues are pink and red and cherries are the supreme being. It sparkles and it feels ethereal and it's like something from a Hallmark movie set.

It's quite amazing. And so are the kids working there. We spent some time with them during the soft opening, and they were ridiculously accommodating.

There is no seating inside, but plenty of shared tables (with Lickity Splitz, of course) outside. 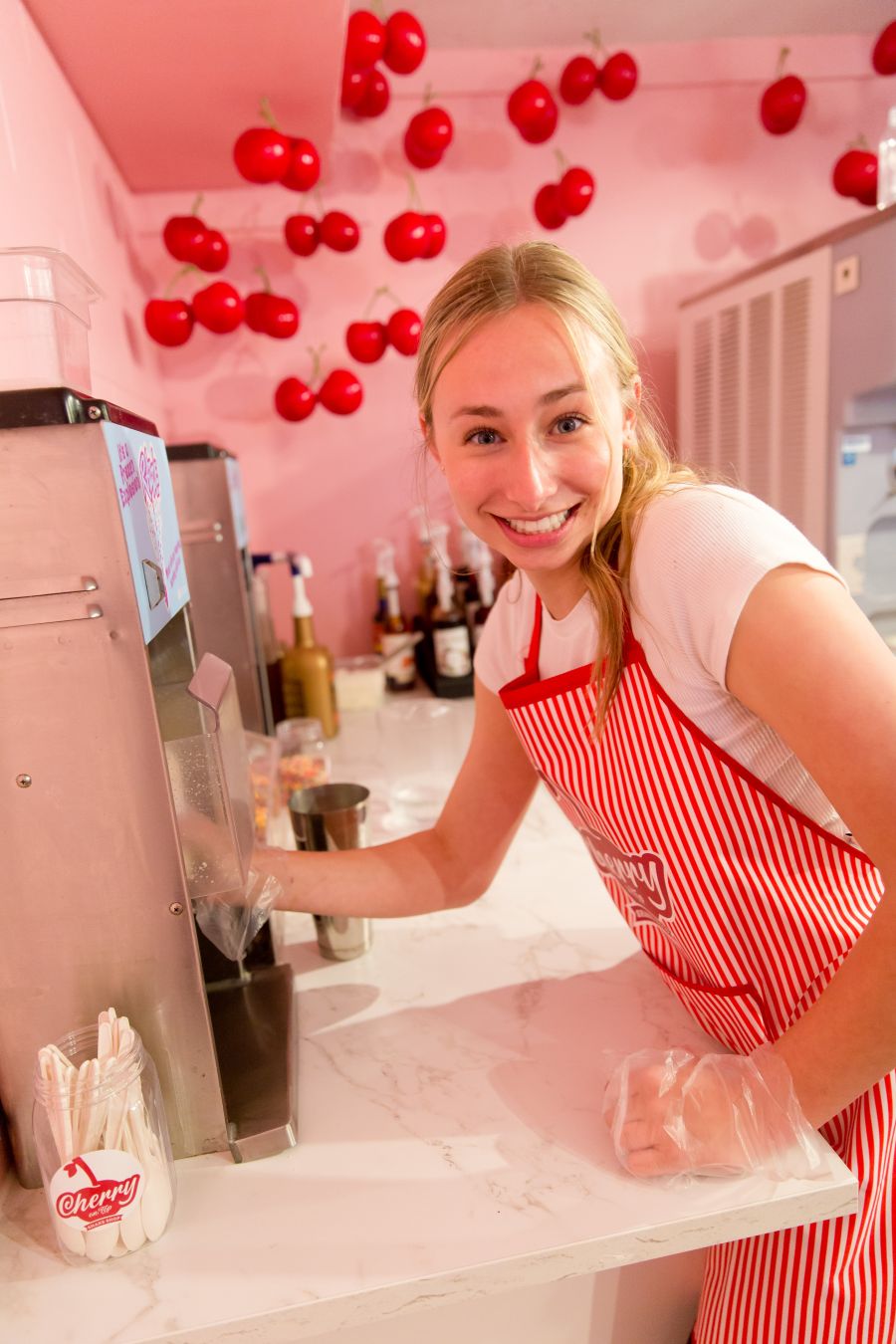 "They're separate," said Diana Stirling of the two businesses, "but it's almost like a store within a store. If you like your ice cream hard, you’re going to go to the Lickity side. If you like it soft, you'll come to Cherry On Top."

Makes sense to us. But perhaps most remarkable is that all the renovations and preparations happened, according to Stirling, within a month.

"The most amazing thing is that I don’t think it could have been possible without all the community help," she said. "Everything was, 'Yes.' Like, right now. 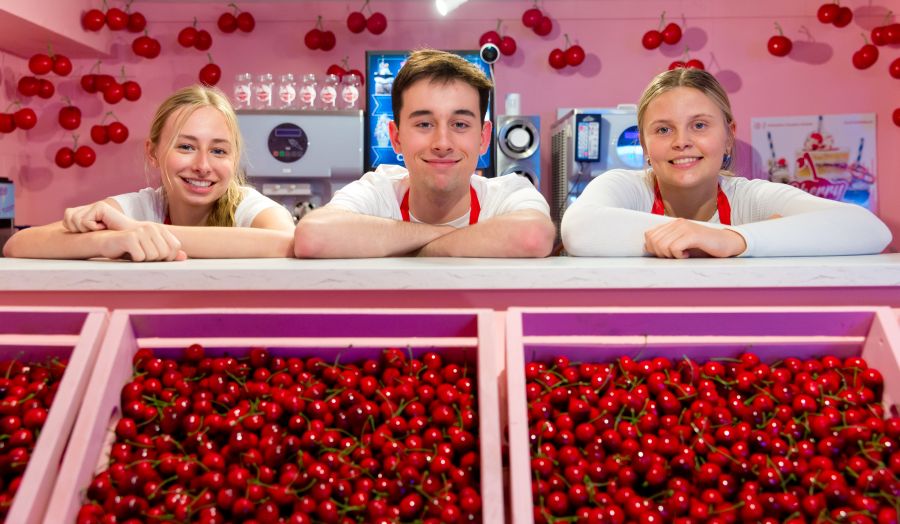 "It was amazing. We felt the support of the community when we lost the other location. They without a doubt lifted us through that. We were truly heartbroken. I'm so thankful and proud of the community."

But it wasn't all community. It was family too.

"My husband had his dad come up from Vancouver 'round the clock for two weeks to help get this open," said Stirling. "My parents painted every lid (in a glorious candyland-type display in the middle of the restaurant). My dad helped me get all the moldings done. And he made me measure twice. 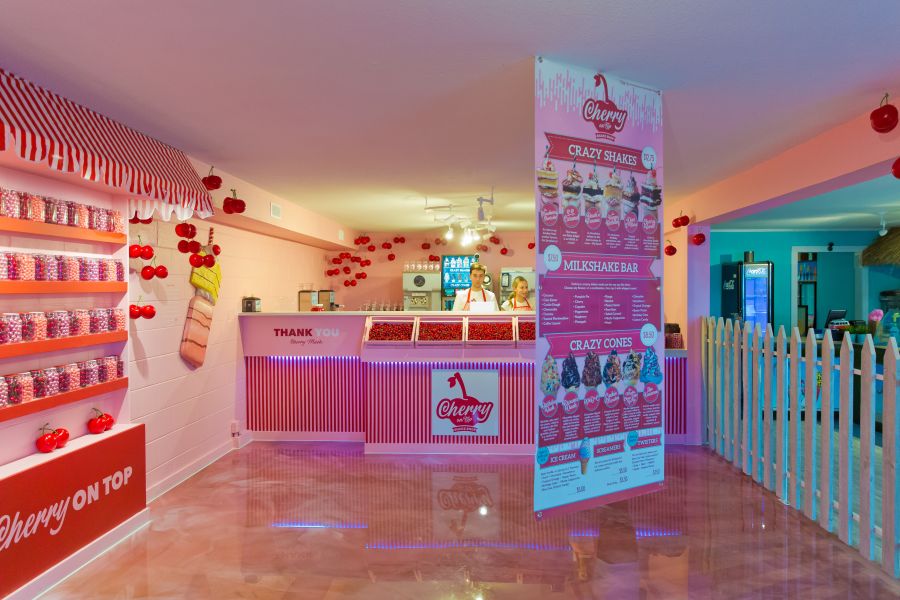 "We were determined to have this open by May long. There was no other option for us."

Stirling's primary concern in losing the Peach, she maintains, was her staff.

"They were so proud to work at the Peach, and we wanted to make sure we kept those jobs," she said. "We employed 35 people there. We hope we're able to do that here. Our goal is to not lose a single job." 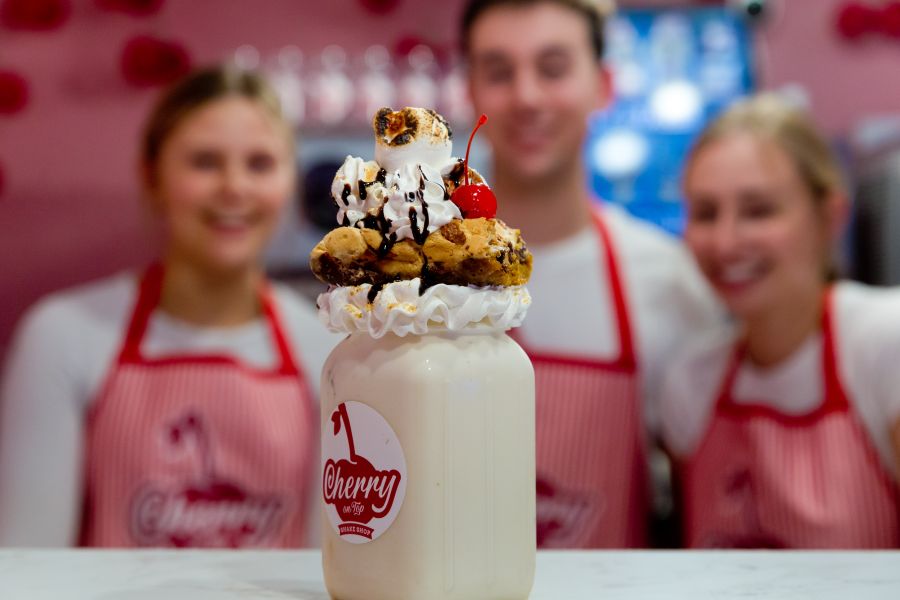 Cherry On Top gets started on that goal today at 4 pm. Beyond today, the shop will be open 4 pm to 9 pm weekdays and noon to 9 on weekends. When summer hits though, Stirling says they'll go to their "long hour" schedule.