(UPDATE: March 7 @ 3:10 pm) - A pile of rubble is basically all that remains of one of Penticton's oldest residences.

Firefighters remain on the scene of the fire at 434 Lakeshore Dr., where flames engulfed the two-storey heritage home around 2 pm today.

The house was originally built in 1912 for JJ Warren, president of the Kettle Valley Railway at the time.

"It is symbolic of the wealth and prestige associated with the construction of the railway, which provided an important transportation link between the South Okanagan and the world in 1912," explains the Canadian Register of Historic Places.

In recent years, the home, called Warren House, has operated as a bed and breakfast.

Unfortunately, the beautiful and historic home has been completely destroyed by the fire and crews are currently focused on protecting the neighbouring apartment complex.

There has been no official word on whether anyone was inside Warren House at the time of the fire and whether there were any injuries related to the blaze.

NowMedia has reached out to the Penticton Fire Department and is awaiting more information.

Crews continue to make efforts to prevent the fire from spreading to the neighbouring apartment building to the east.

Those efforts look to be successful as the collapse has somewhat suppressed the large flames that were seen earlier.

PentictonNow will continue to update this story as more information becomes available.

(Original story: March 7 @ 2:20 pm) - The Penticton Fire Department is currently on the scene of a large house fire near the waterfront.

Crews rushed to the scene of the blaze at 434 Lakeshore Dr. around 2 pm. 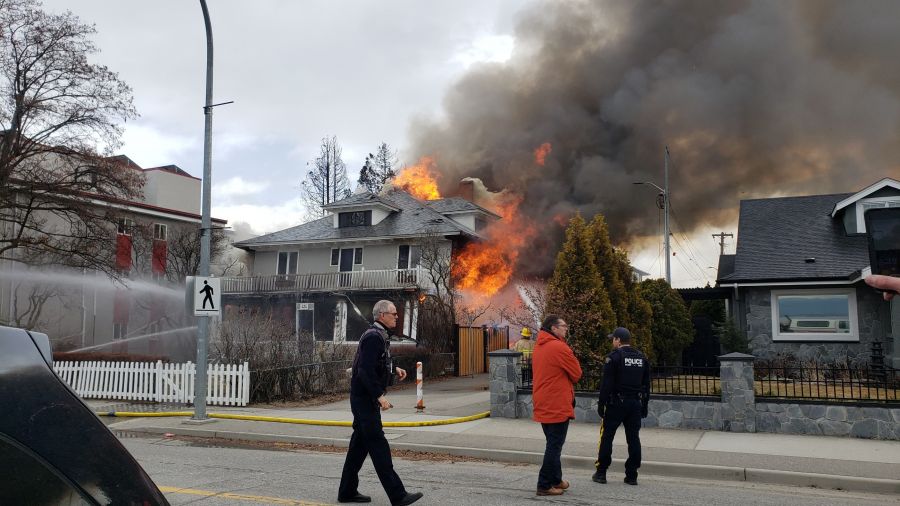 NowMedia reporter Gord Goble reported that the two-storey home was engulfed in flames as he arrived at the scene shortly after 2 pm.

The top floor of the home has since collapsed.

Goble said crews are now working feverishly to prevent the fire from spreading to the neighbouring apartment building at 422 Lakeshore Dr. 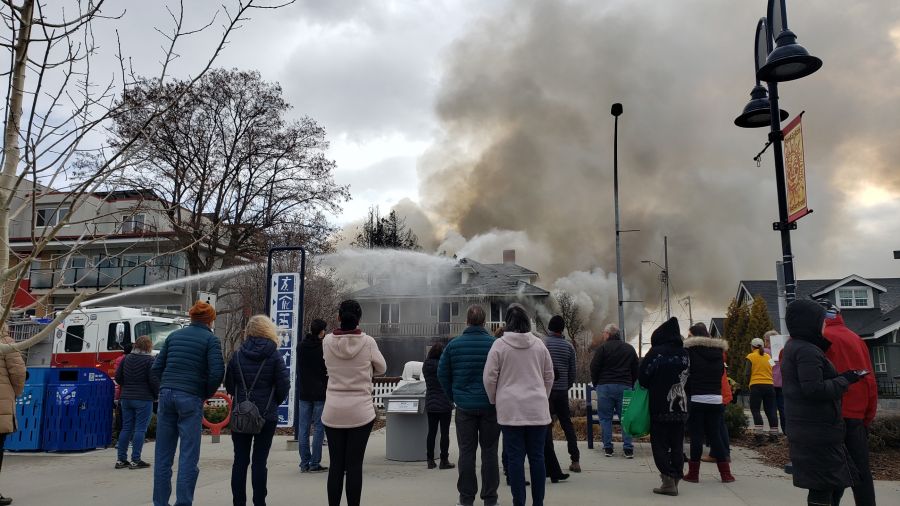 A large crowd has formed on the other side of Lakeshore Drive as people helplessly watch the home burn.

There has been no official word on whether anyone was inside the home when the fire broke out this afternoon.

NowMedia has reached out to the PFD and will update this story when more information becomes available.