On Dec. 7, 2019, the skies opened up and one of the heaviest bursts of rains in recent memory pounded Penticton just in time for that year's Santa Claus Parade. 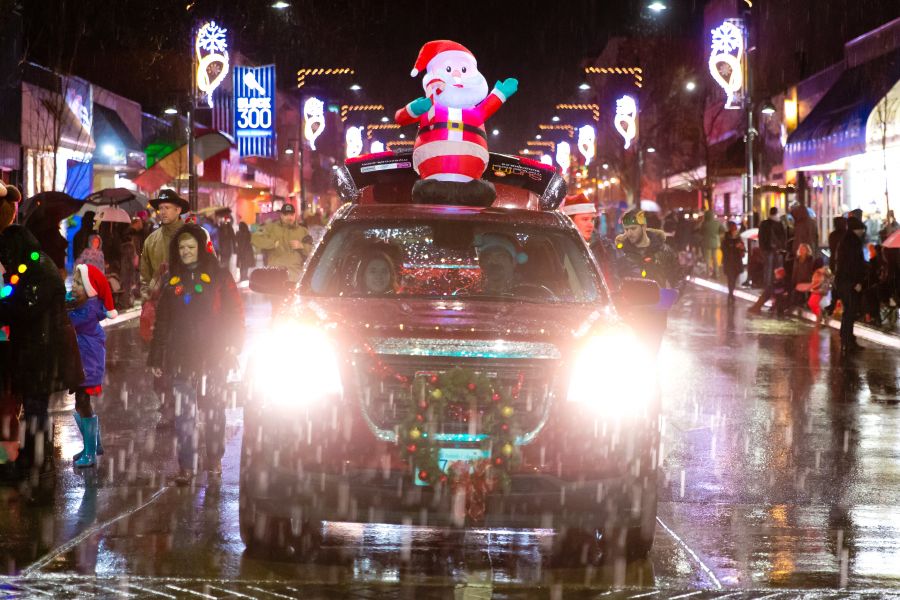 To their mutual credit, Santa and Ms. Claus (who, after all these years, should finally be attributed with a first name, yes?) and the other participants, and most of the crowd too, remained stoic in the face of horrific weather and saw it through to the end when the rain stopped with smiles on their faces. 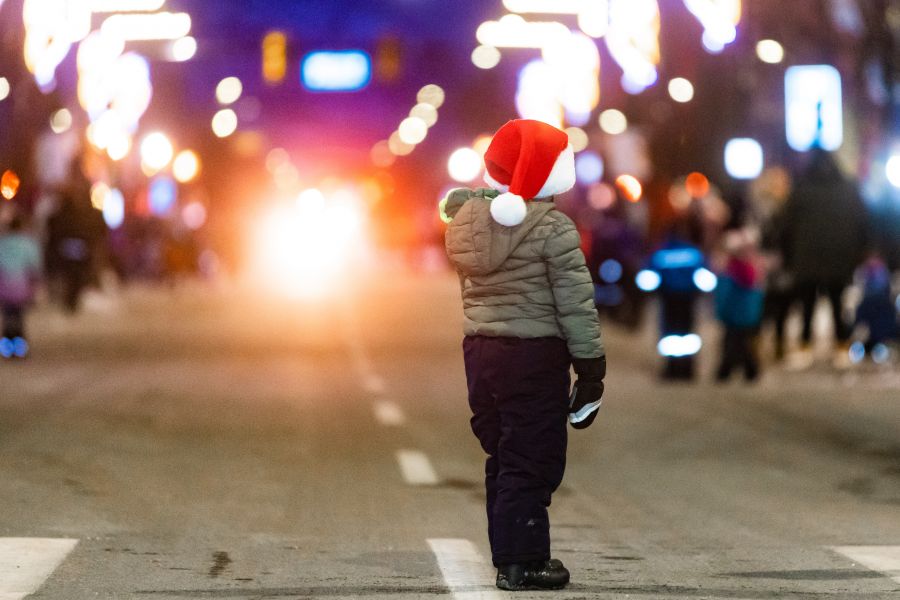 Then in 2020 and 2021, with pandemic measures in full effect, there was no parade at all. Even a late push in 2020 to stage a drive-through parade of sorts -- dubbed Candy Cane Lane -- fell through. 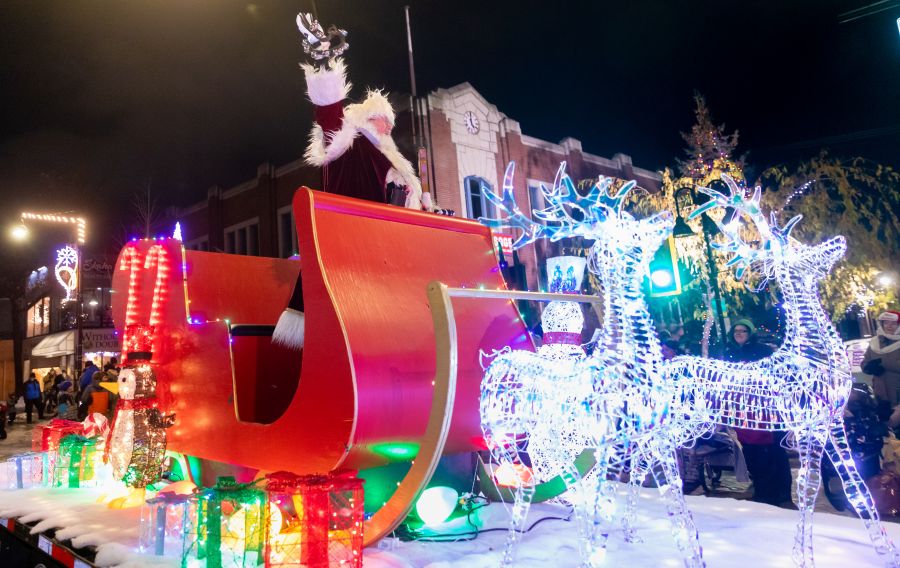 So Saturday afternoon, the day in which the Christmas-y event was scheduled to finally return to the streets of downtown Penticton post-pandemic, it had been four full years since the last dry-weather Santa parade. 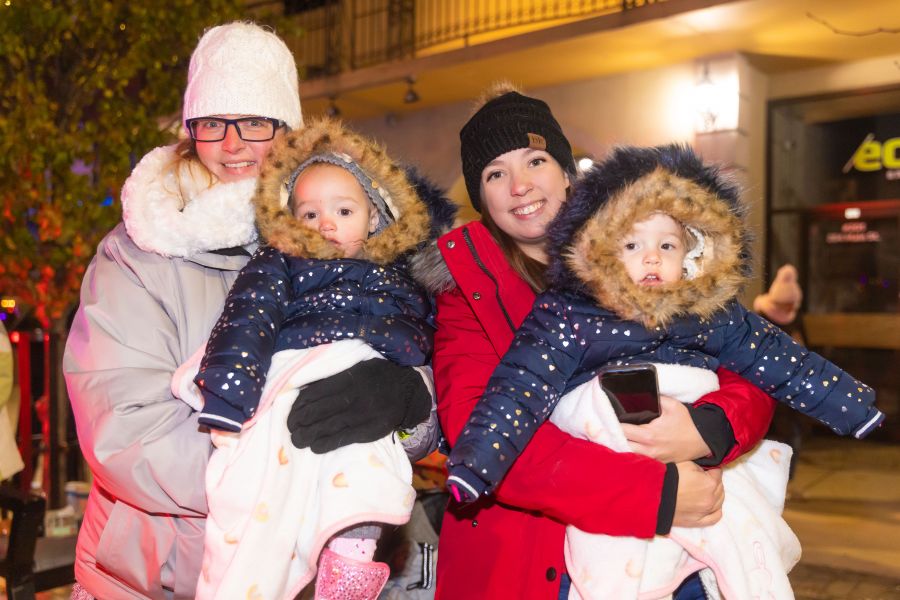 To say there was an air of expectation in the crowd as it gathered on Main Street isn't overstating things. 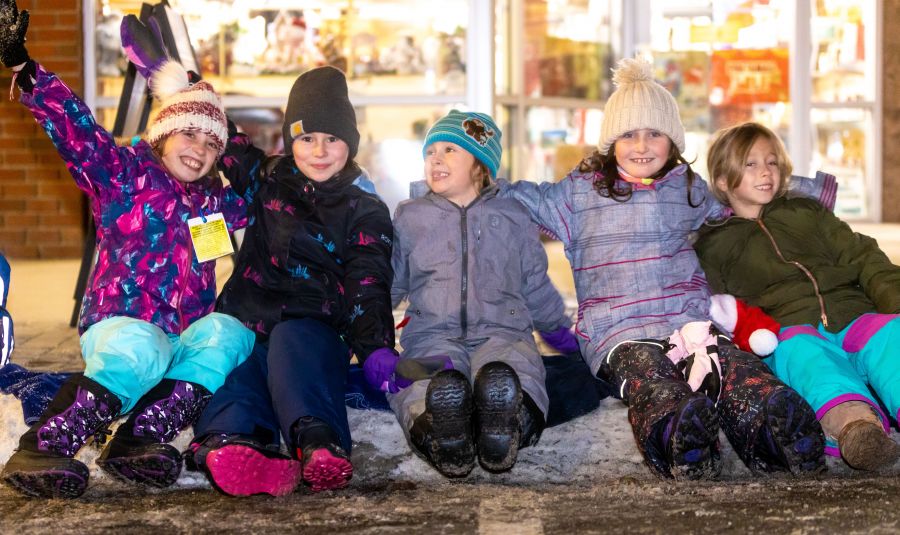 And it all got going at its scheduled start time of 4:30. 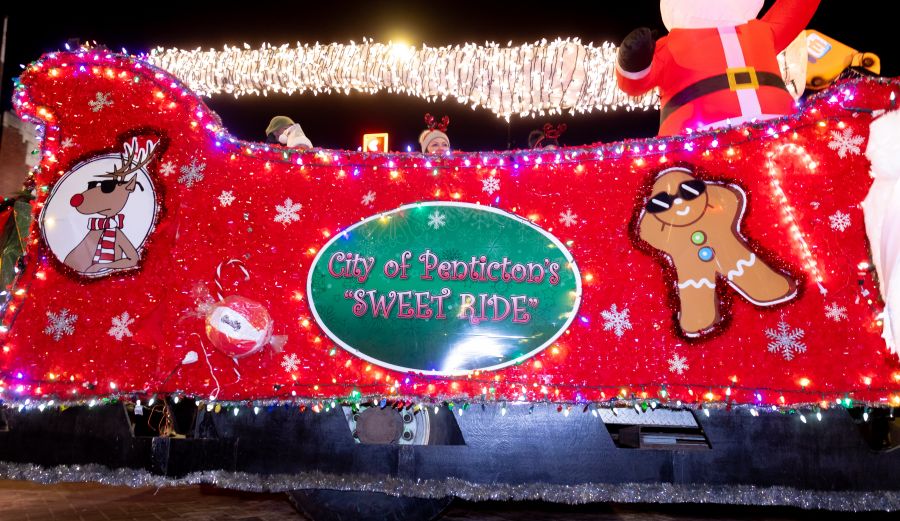 Leading the procession this time, as it did in 2019, was the distinctively-shaped RCMP Utility Terrain Vehicle introduced to Penticton a few years ago. 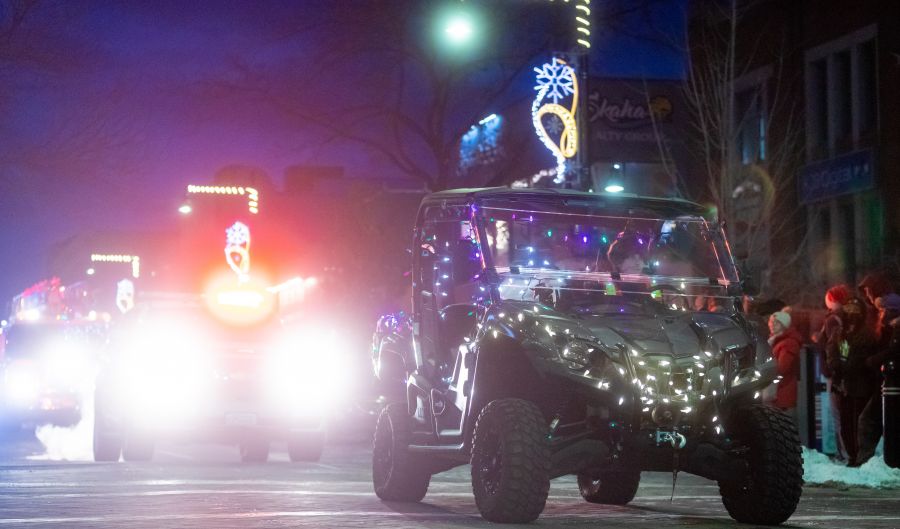 We still have a soft spot for the lone (bag)piper of 2018, but the UTV is a decent substitute, all decked out in strings of Christmas lights and looking more festive than fearsome. 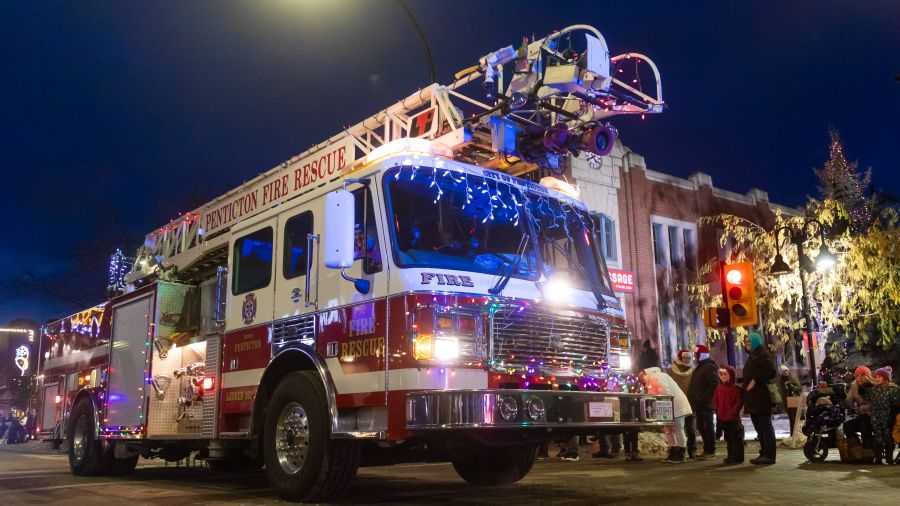 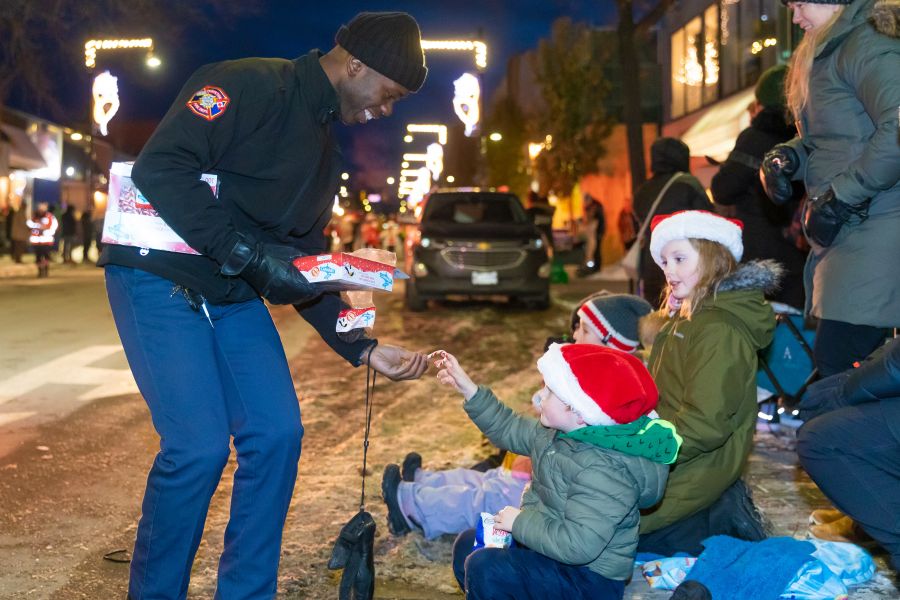 Up next was the probable highlight of the afternoon -- a mega-size, mega-energetic squad from Okanagan Dance Studios that stopped at intersections along the way to pull off crowd-pumping dance routines. 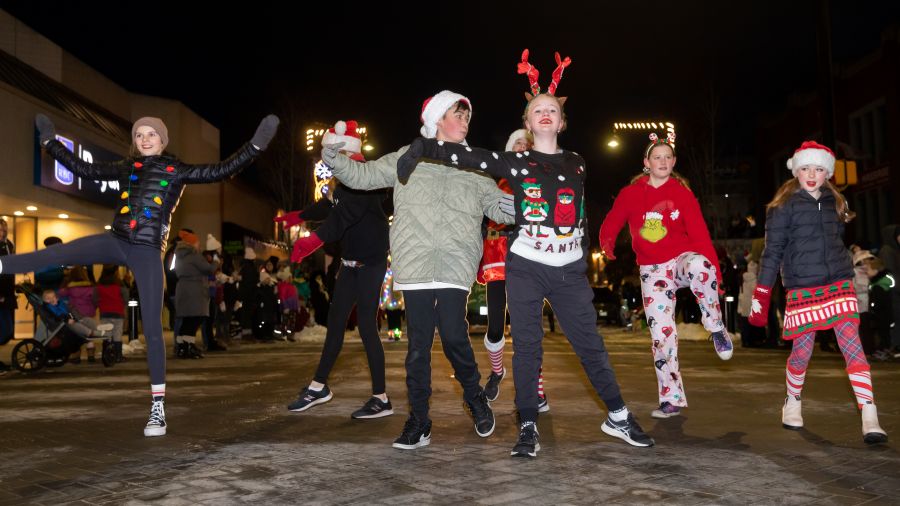 Over the next 15 minutes we saw a variety of welcome parade regulars like the Penticton Army Cadet Corp and its glorious ode to Snoopy in his Sopwith Camel doghouse, the City of Penticton's "Sweet Ride" float, and a stack of snowy tires from FountainTire. 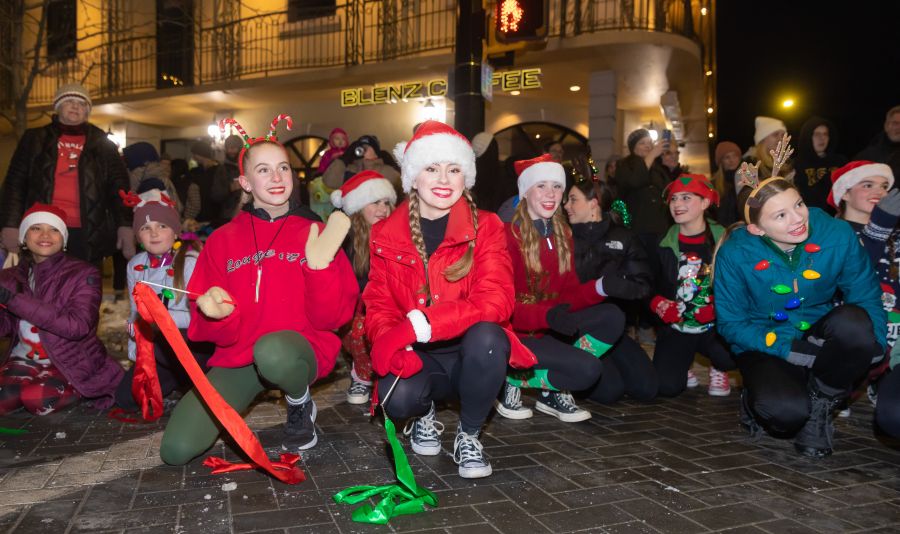 Other highlights would include a lovely snowman-centric float from the Chamber of Commerce, the lively dancers/fitness buffs of the oranj fitness float, and the numerous city councilors who doled out even more candy. 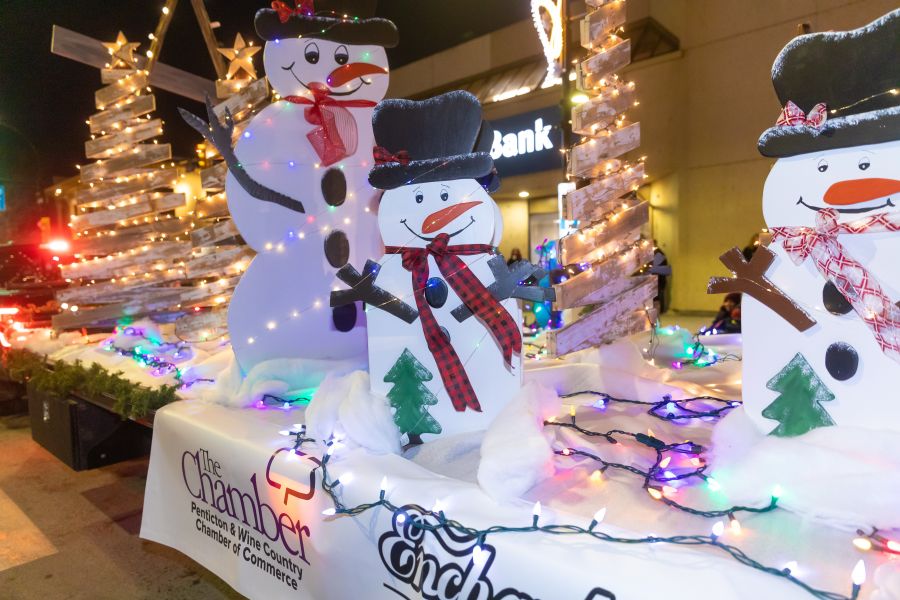 Soon enough it was down to the final entries -- a variety of subtly decorated City and City Works vehicles and finally, Santa's impressively splashy sleigh and Santa himself. And that was it. PentictonNow had set itself up at a single intersection -- Main and Nanaimo -- and watched the entire parade go by in less than 22 minutes. 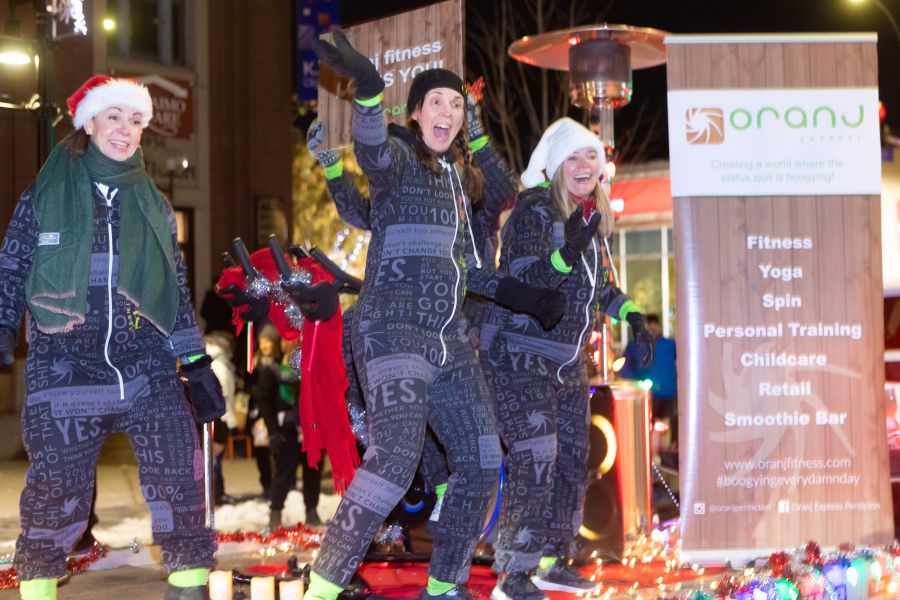 That’s half the length of 2019, when there were more floats, more performance groups, more service groups, more local businesses, more costumes, more musicians, and more of just about everything else. And a few horses too. 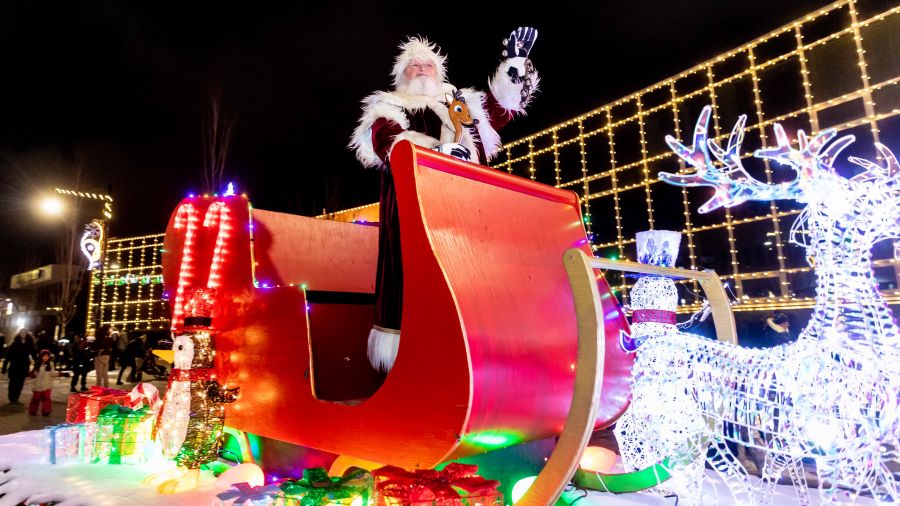 Are we allocating blame? Certainly not. It's been a tough couple years. Money's tight. Health concerns remain. And certainly in the past couple of weeks we've seen the City put out the call for more floats, trying to bolster the parade lineup. Was it fun? Yep. Parades are chances for communities, especially smallish communities, to come together innocently -- something we likely need more of as the world evolves. 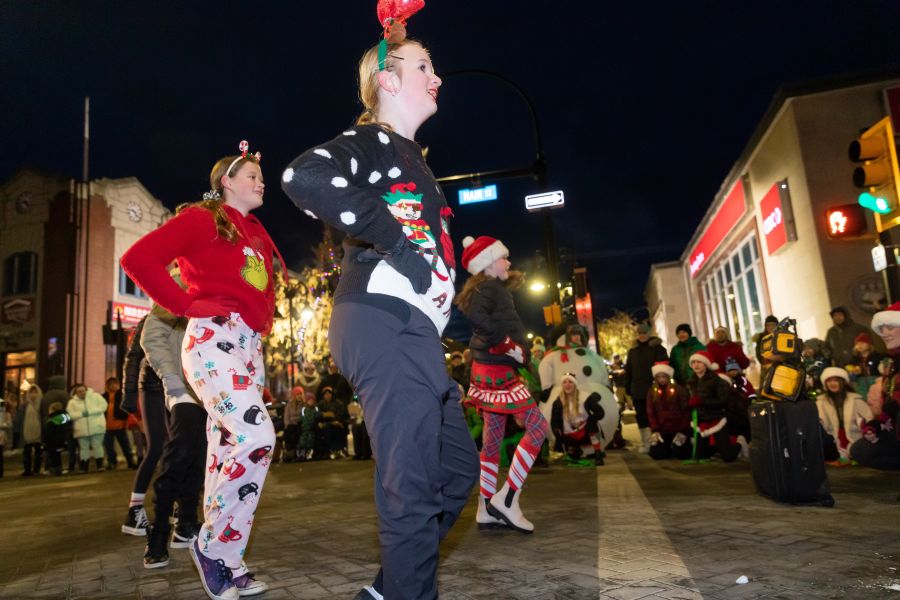 And as you can see by our pics, there were a lot of very happy people on Main Street late Saturday afternoon watching the parade go by. 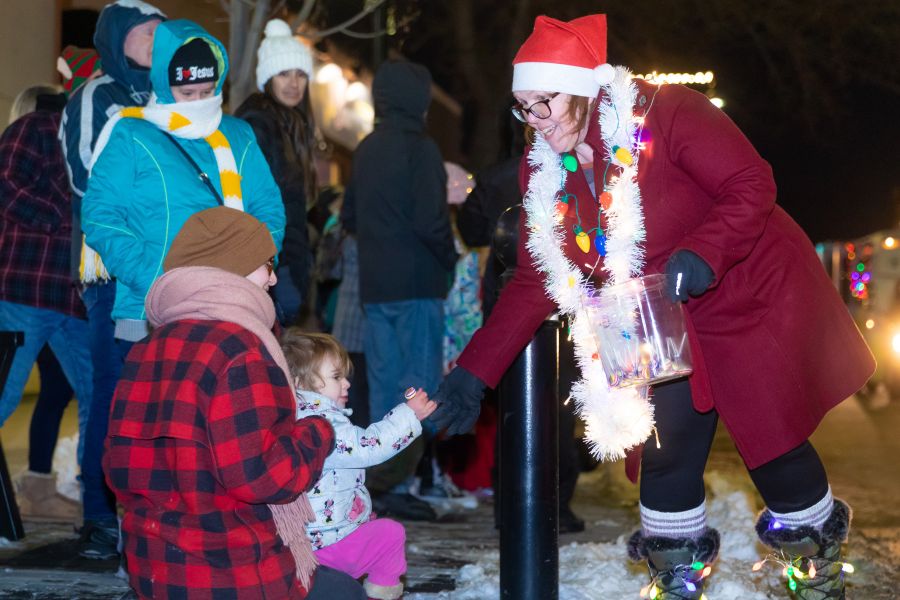 We just wish there was more of it. 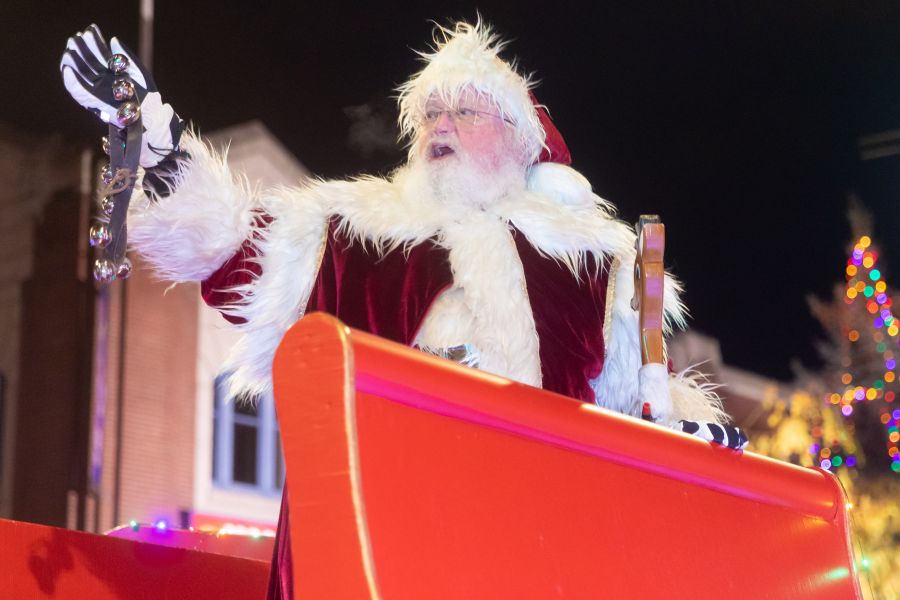