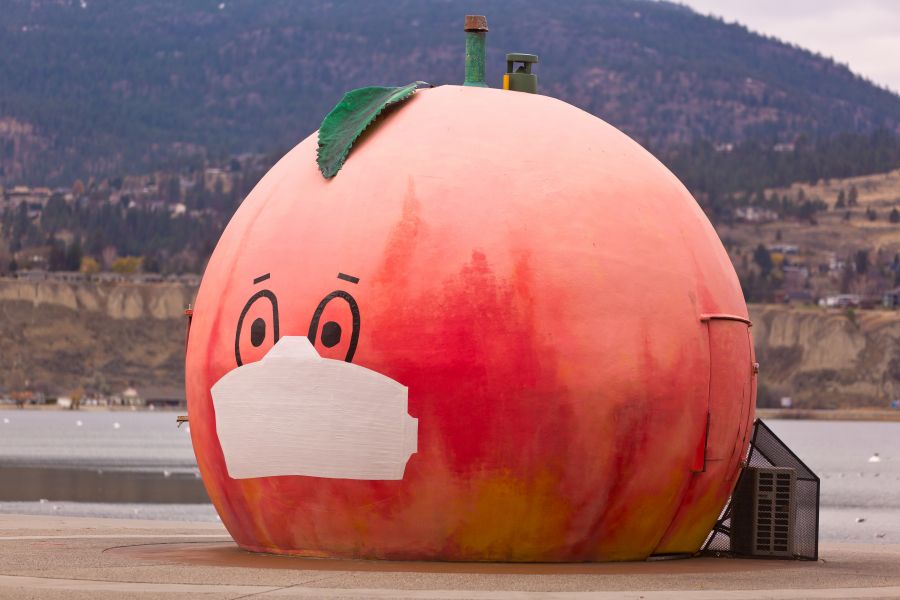 The upcoming three-year contract for the operation of the Penticton Peach, the waterfront ice cream stand that sometimes seems as famous as Penticton itself, has apparently been awarded to a business out of Calgary called "Family Squeezed Lemonade." 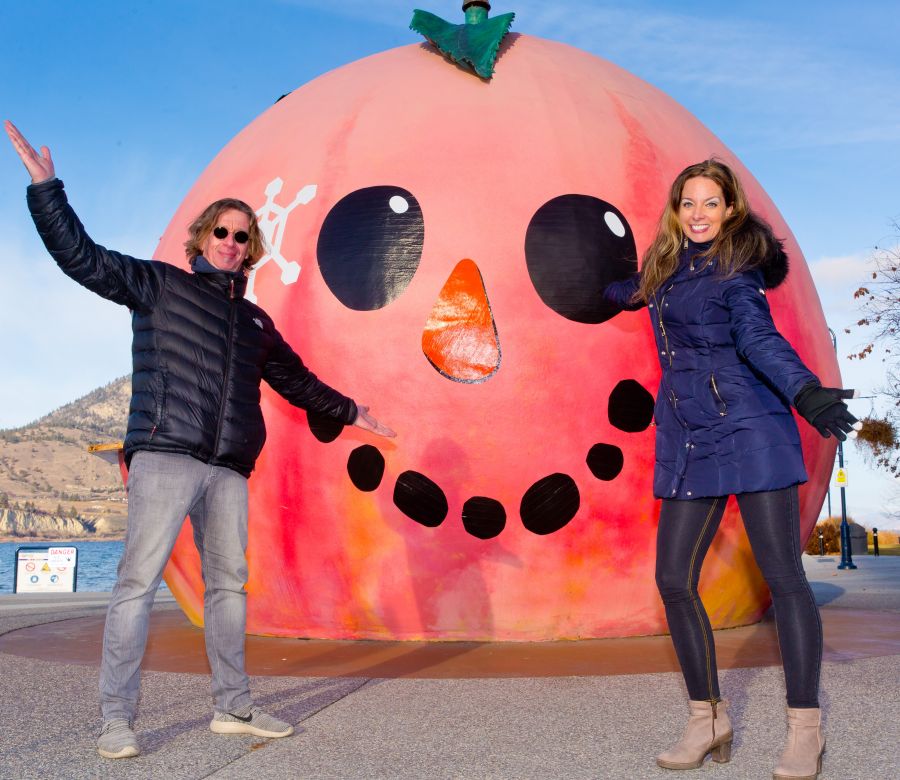 Why is that such a big deal? Like we said, the Peach is an icon in Penticton, and not just for being rolled into the lake in a 1991 riot. It is, in fact, such a big deal because of its most recent operators.

When Diana and Dustin Stirling assumed proprietorship of the Peach in 2016, they immediately rejigged the menu and initiated the long process of giving their rotund concession stand a "face" and a "personality." 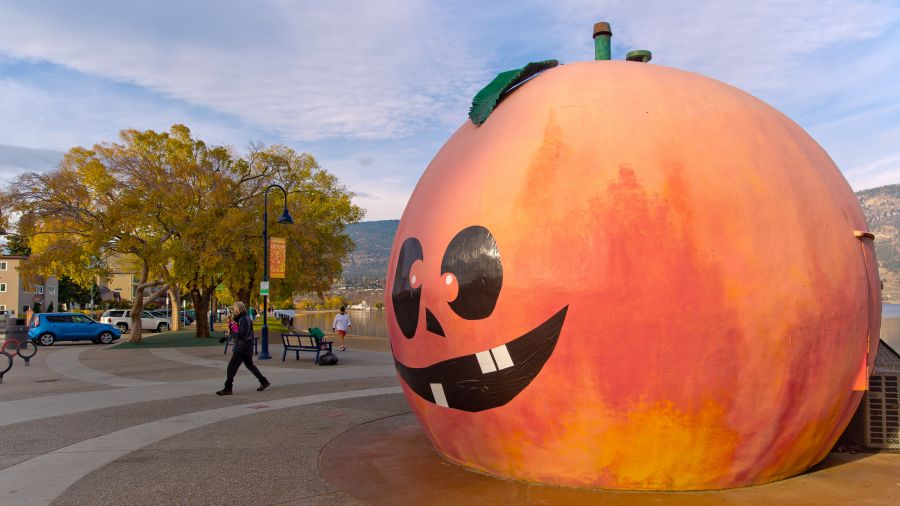 In time, the Peach would become known for its constantly changing façade. At Halloween, it would become a pumpkin. At Easter, it would be a rabbit or some other equally imaginative concept. The pattern often continued for Christmas and April Fool's Day and Valentine's Day too.

When the pandemic began, the Peach donned a mask. And during the residential school revelations of 2021, a magnificent mini-mural appeared, created by noted local artist Johann Wessels, where Penticton's real, original name, "Sn’pinktn," reflected onto the surface of Okanagan Lake from Munson Mountain. 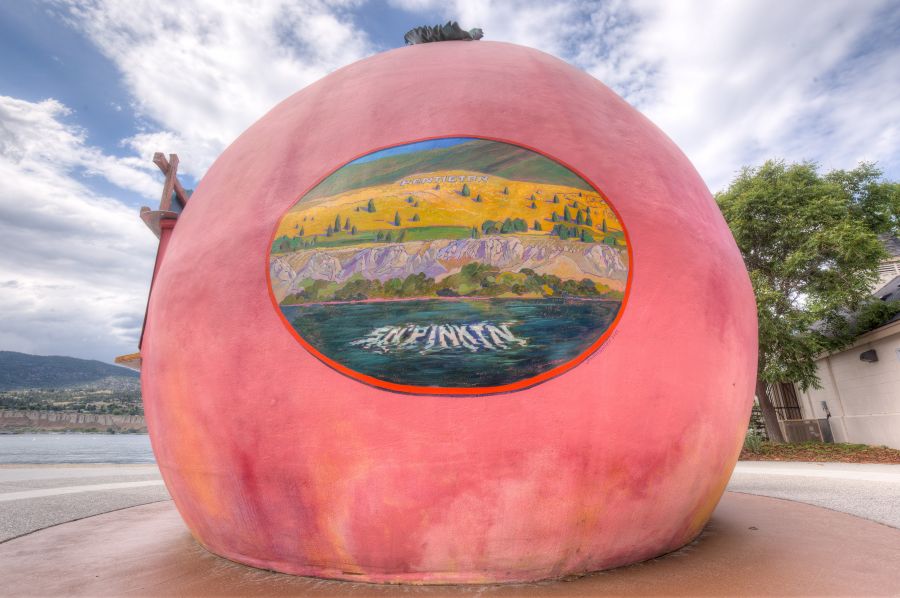 What would the Peach become next? It was a magnificent guessing game.

But its growing appeal went far beyond the visual. On social media, the Peach had (and still has) its own account, where it seemingly spoke directly to the public. It was cheeky, it was fun, and it was intelligent. It was also incredibly savvy marketing. 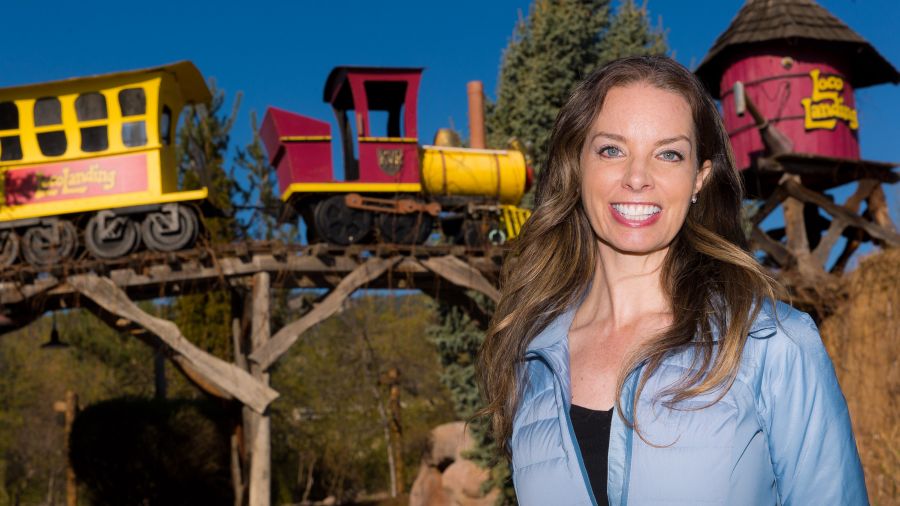 "Despite all best efforts, plans, investments, ideas and a big peach of a vision," it said, "the Peach as you know it today was not awarded the contract by the City of Penticton for the next three years."

And, sadly, "My voice will fall silent today." 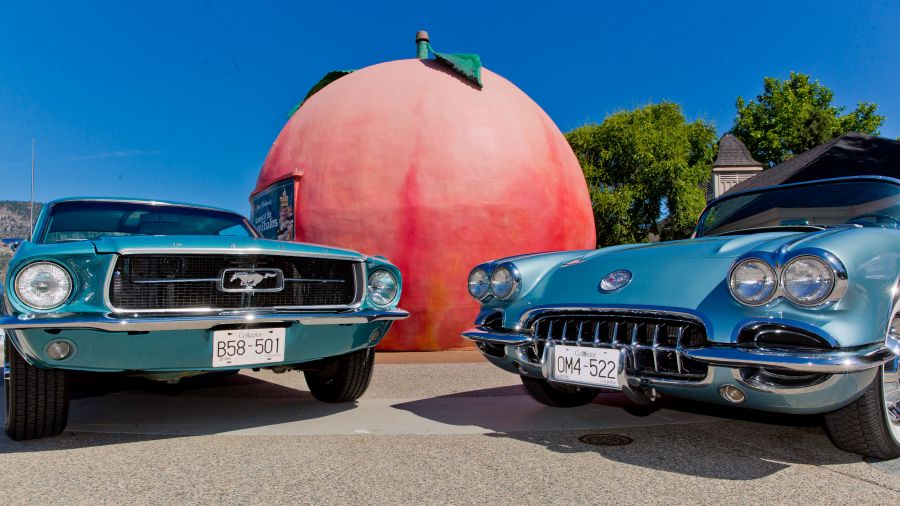 Reader reactions to the news as of this writing number an astounding 1.2 thousand, the vast majority of which are stuck somewhere between anger and incredulousness.

PentictonNow will have more info as the day goes on. The City of Penticton is expected to release a statement, though the Stirlings, who also run businesses such as LocoLanding Adventure Park, Lickity-Splitz Ice Cream, and in partnership with the Penticton Indian Band, Coyote Cruises, currently have no official comment.