Marine Search and Rescue Save 14 From Sinking Boat 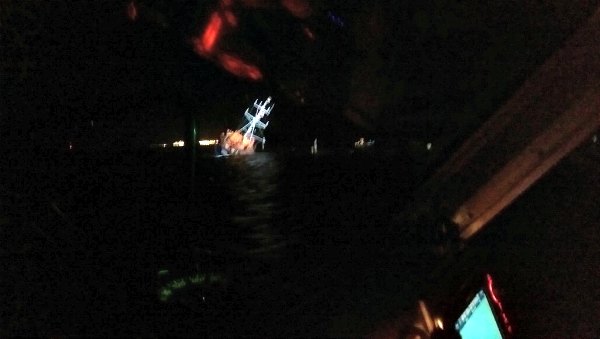 Crews rescued nine people from the sinking vessel from the “Artist Life” outside of Steveston Harbour. The boat had issued a mayday call over the radio after it began to take on water because of a large hole. The hole was the result of a collision with a training wall.

“Despite the darkness, pounding rain, and 60 km/hr winds, they were able to safely recover nine people from the disabled vessel,” reads a release from RCMSAR. “An additional five people had been evacuated into a dinghy and were recovered by the Canadian Coast Guard Hovercraft, who had arrived only minutes later, and a nearby civilian vessel.”

No one was seriously injured despite the difficult conditions and the rescue was considered a success. The Canadian Coast Guard will continue to monitor the sunk vessel to minimize any negative environmental effects and hazards posed to other vessels.