A local animal advocacy group is demanding action from the Minister of Forest, Lands and Natural Resources following a leg-hold trap incident.

Two recent cases have involved raccoons becoming trapped in the leg-hold traps, one in White Rock and another in Vancouver. The Association for the Protection for Fur Bearing Animals is now offering a $1,000 reward for information leading to a conviction regarding these incidents. 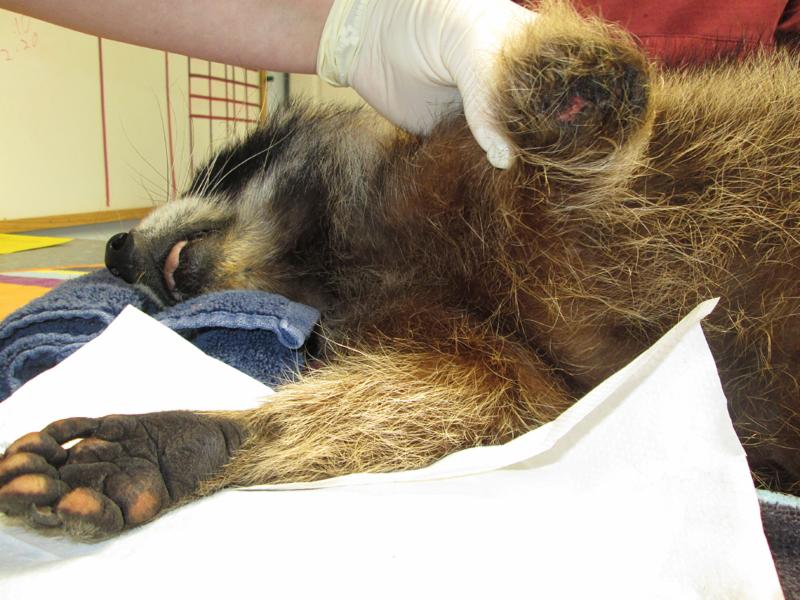 "We were shocked to learn of the raccoon found in the 400 block of 11 East Avenue this weekend," said Adrian Nelson of The Fur-Bearers. "These traps are inherently inhumane and cause grievous injuries. And if they're in an urban area like Vancouver of White Rock, it's a matter of time before companion animals or children are hurt or killed."

The group would like to see Minister Steve Thompson review the existing trapping laws in municipalities and begin pushing for bylaws to outlaw the use of them. The Critter Care Wildlife Society, based in Langley, is also working to find out where these traps came from. One of the raccoons recently caught in the trap is believed to be a mother to two young raccoons. She was spotted with the trap attached to her but she has not yet been located. 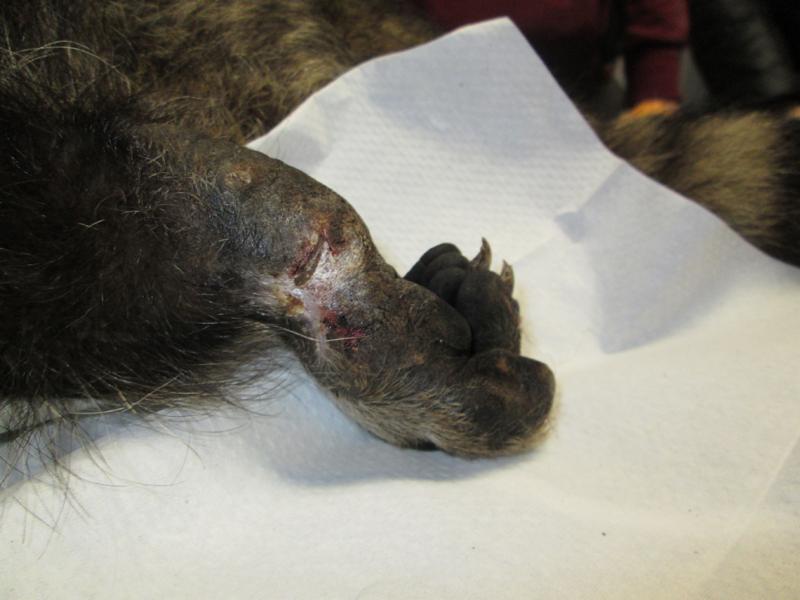 A raccoon with an infection caused by a leg-hold trap (Photo Credit: Critter Care Wildlife Society)

Meanwhile The Fur-Bearers continue to push for the traps to be made illegal and have launched an online petition as they gather support. To date the petition has more than 6,600 signatures but it is far from its 10,000 signature goal. Leg-hold traps are not illegal in Canada, as long as the user has a permit, but a city could pass a bylaw to prohibit their use.