B.C.'s Child Poverty Among the Worst in Canada

A B.C. child and youth advocacy coalition has released its 2015 child poverty report card and it shows that one in five children live in poverty.

The 19th annual report card was released by Vancouver-based First Call and details the latest statistics on child and family poverty in the province. The first provincial report card was issued in 1994, and back then data showed that one in five B.C. children were poor, 19 years later the problem remains exactly the same. 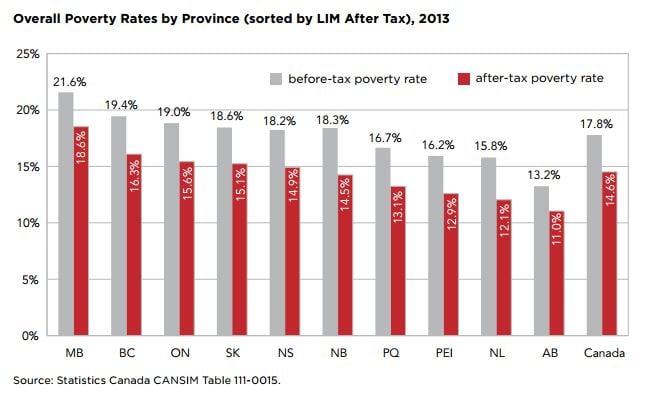 For children living in lone-parent families in B.C. in 2013, 50 per cent were poor. Poverty includes food insecurity and inadequate housing. According to the report, 20.4 per cent of British Columbian children aged 0-17 lived below the poverty line in 2013. This represents the fifth highest child poverty rate among Canadian provinces. There were an estimated 167,810 B.C. children living in poverty in 2013. 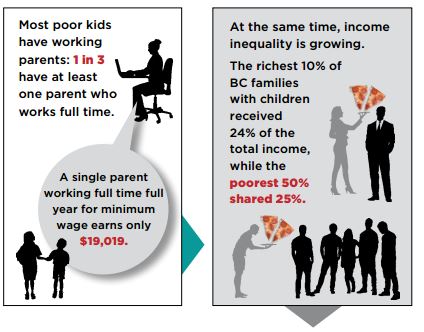 The regional districts in the northeast and some parts of the Kootenays and Okanagan had the lowest child poverty rates in British Columbia. The regional districts on Vancouver Island, particularly the northern and western parts of Vancouver Island and the northern and central coastal areas of British Columbia had the highest child poverty rates. Lone-parent families with one child or two children in the Central Coast Regional District had median incomes of only $708 or $907 per month respectively.

The report has several recommendations for the province including adopting a comprehensive poverty reduction plan that would see B.C.’s child poverty rate reduced to seven per cent or less by 2020. First Call believes this can be done by raising the minimum wage, having a living wage, raising income and disability assistance, redesigning the BC Early Childhood Tax Benefit, adopting the $10 a day child care plan, and introducing universal coverage for health care.