As the weather warms up in British Columbia, many are turning their attention to the upcoming wildfire season, but the potential for backcountry avalanches is still a worry.

According to Avalanche Canada, most commercial operations have closed for the season, but that doesn’t mean people are done skiing and snowboarding. Right now in the province the avalanche danger can range from low to high in a matter of hours. Travelling early in the day is recommended as conditions are rapidly changing in short periods of time due to daytime warming. 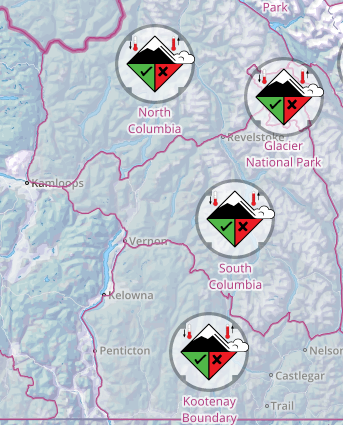 “If the snow surface does not freeze overnight or if the crust is only a few cm thick, the effect of daytime heating and solar radiation will weaken the snowpack much more quickly than it would if there is a well frozen thick crust. This is because the crust must first melt before the sun can weaken the snowpack,” said forecasters in a statement.

Around the province conditions are consistent as all elevation levels are prone to avalanche activity at this time of the year. For the latest conditions and update about backcountry conditions visit the Avalanche Canada website.