A dog who was abandoned on a property near Agassiz went into mom mode to help her nine newborn puppies get the urgent help they needed.

According to the BC SPCA, a call came in about the dog who appeared to have been abandoned, so the organization sent someone out to check on her.

“When one of our animal protection officers responded to the call, she was immediately met at the edge of the property by Dallas, a four-year-old pit bull cross, who showed obvious signs of having just given birth,” said Eileen Drevner, senior officer for protection.

“She came right up to our officer and led her into the thick brush.”

Dallas led the officer through 500 feet of dense brush until she stopped at a bush and waited, which is where the officer discovered a den that the dog had created for her two-week-old puppies. 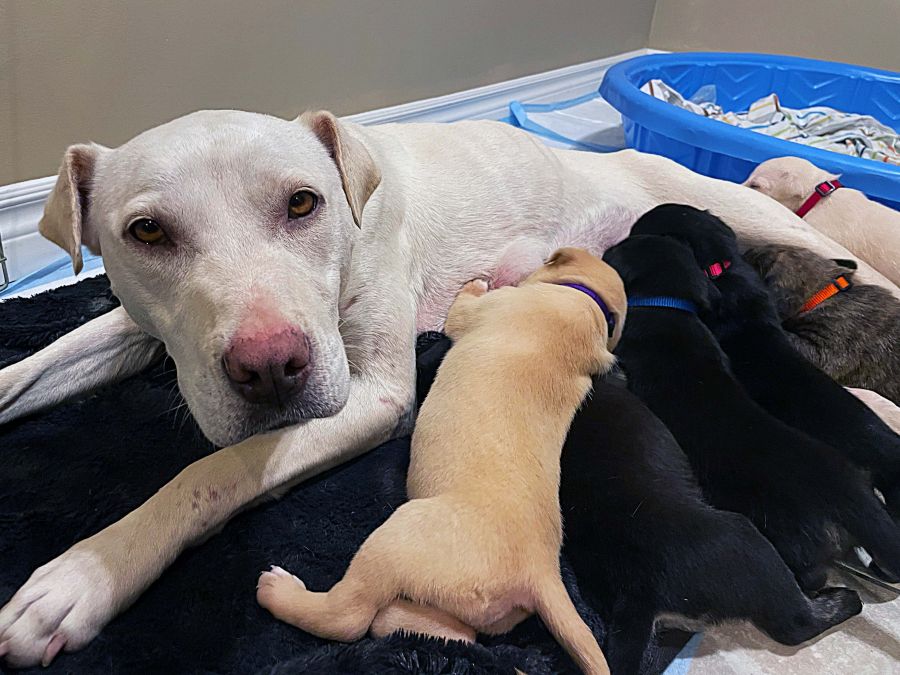 “Our officer placed the puppies into a small crate and hiked back out to the road, with Dallas eagerly following,” Drevner explained.

“Dallas and her nine puppies were then placed together in a larger crate and transported to the BC SPCA in Chilliwack.”

Drevner said the BC SPCA would never have found the puppies if Dallas hadn’t led the officer there.

“She is an amazing mom who knew her puppies needed help,” she noted.

The BC SPCA managed to contact the owner and learned that Dallas had been roaming freely on his property.

When she disappeared, he thought that she had been a victim of predators. 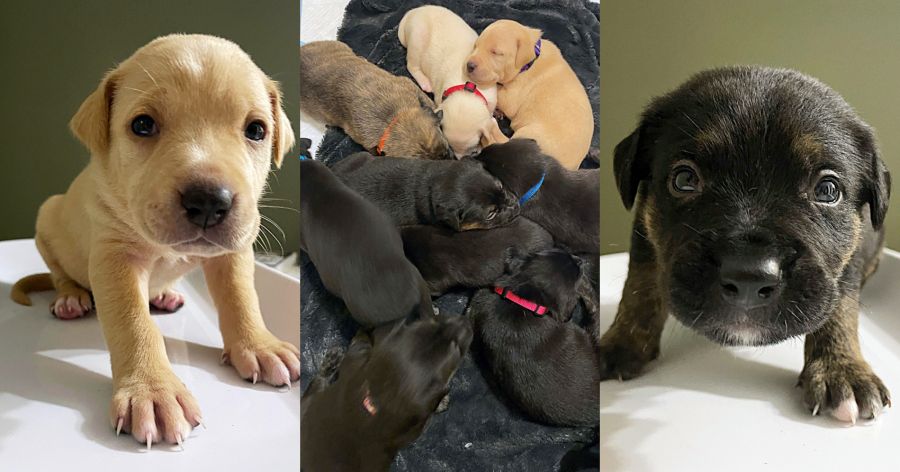 “He recognized that he could not provide Dallas and her puppies with the care they required and chose to surrender them to the BC SPCA,” said Drever.

Dallas and her puppies were given a full check-up by a veterinarian and mom will be on a feeding program to safely increase her weight back to normal.

The puppies are fortunately healthy and are being cared for alongside Dallas in a foster home.

“Dallas is a very friendly, remarkable dog who will be available for adoption once her puppies are ready to leave her and she has been spayed,” added Drever.

“The puppies will be available for adoption in approximately six to seven weeks.”

You can keep an eye out for the puppies to become available for adoption on the BC SPCA website.