A baby goose, or gosling, is being taken care of by a BC RCMP member after it was illegally taken from the wild.

Named “Little Jerry,” the gosling was rescued in Kamloops after police were recently called to a local shelter for a report of a woman who had brought it back to her room and refused to let it free. 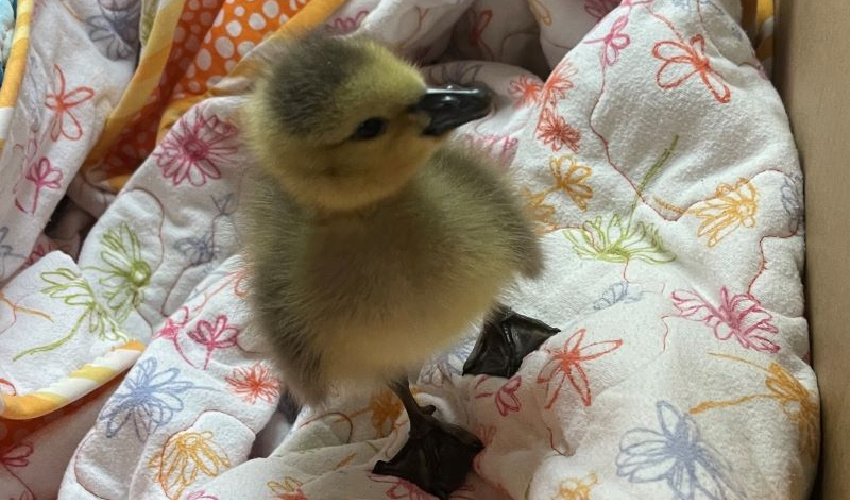 “Although police could not see the bird, its chirps led officers to its location—inside the woman’s pocket.”

The officers then consulted with BC Conservation, and attempted to return the bird to the beach it was taken from. However, there were no other geese at the location.

“The responding officer was worried it would be killed if he just left it there, so I said I’d take it home to my farm,” said Cst. Richard Christy. “I have a safe place with some chickens, ducks, and a pond.”
Christy brought the plan to Conservation, then took Little Jerry home with him with the intention of eventually releasing him back into the wild.

“Although Christy will be helping the bird grow strong enough to fend for itself, it is not a pet and requires a proper environment and food to survive,” the RCMP said.

The officer wants to remind anyone who comes across an animal they believe to be abandoned not to touch it and to contact Conservation before interfering with wildlife.