In March, the BC SPCA seized 119 small dogs from a property near Fort Nelson.

One of those dogs was a terrier mix, later named Cookie, who was rescued along with her seven puppies, now dubbed her crumbs. 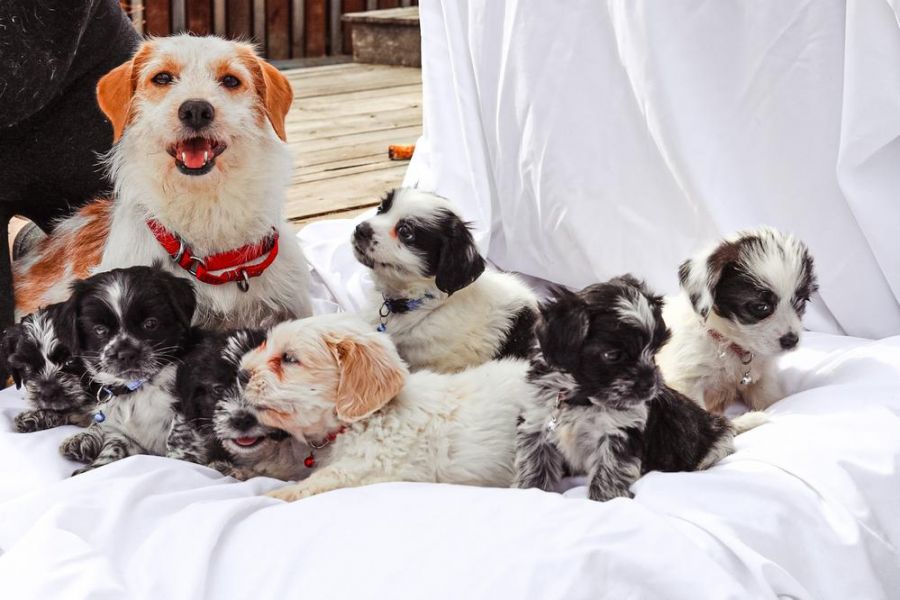 Cookie had little to no socialization before her rescue and was scared of people, loud noises or anyone touching her babies.

Once she was cleaned up and treated by the BC SPCA, Cookie and her crumbs were placed in the care of foster mom Paige Wards, who says the dog has made incredible progress.

“When I first got her, she was terrified of people, myself included,” explained Wards.

“She hid in her blanket fort and did not come out when I was around. Her puppies were super friendly but she was very concerned when I would pick them up.”

Now, Cookie is obsessed with Wards and follows her all over the house, and even enjoys being around Wards other dogs now.

Most importantly, she remains a loving and devoted mother to all of her seven puppies. 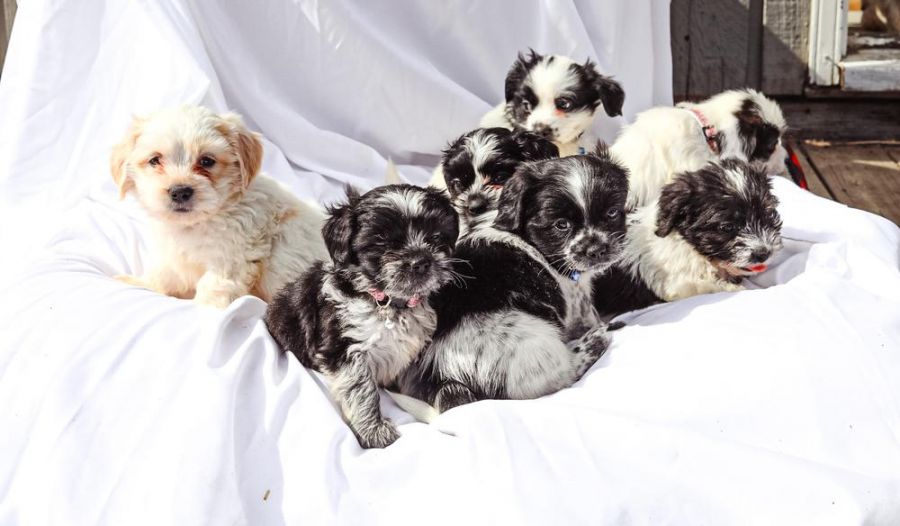 “She is a wonderful mother. Her babies love her so much,” added Wards.

"She hides their food when they’re done eating just to make sure they get some later on (even though I feed them every three hours) and she brings them new toys and slippers everyday and barks to wake me up first thing in the morning when her babies are hungry.”

All of Cookie’s crumbs now have names of their own and, of course, they’re based on different kinds of cookies.

According to Wards, Wafer, Sugar, Shortbread, Teddy, Graham, Oreo and Chip are all full of personality, constantly jumping all over each other and horsing around.

“They’re also starting to walk more so they want to go everywhere,” she said. “I absolutely love all the puppies and how much fun they are, and they will be amazing pets in the future.”

At this point, Cookie and the puppies are not yet available for adoption.