A scammer was thwarted in their attempt to steal thousands of dollars from a Delta resident when police met them at the home of their victim.

Delta Police said the scammer was looking to collect $25,000 for bail money for the victim’s grandson. 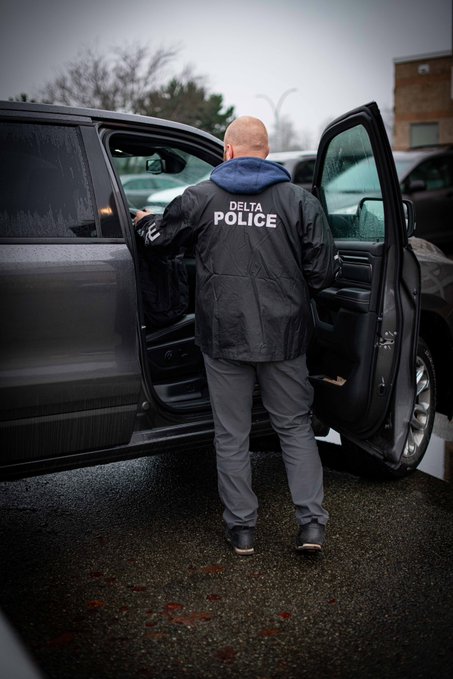 The victim received a series of phone calls from someone claiming to be with the RCMP on January 13, and was told she urgently needed to provide bail money for her grandson.

The person on the line knew the name of her grandson, and said that the conversation was confidential.

“Unfortunately scammers will often pretend to be with police or government agencies, in order to gain the trust of the victim,” explains Inspector Brian Hill, in charge of frontline patrol at Delta Police.

“Phone calls from these scammers may even appear to be coming from the agency or police department. However, we want the public to know it’s very easy for phone numbers to be faked or spoofed.”

In this case, the victim handed over $10,000 on January 13 to a person who collected the cash directly from her at her home. The next day, the scammers called back, saying the victim’s grandson needed an additional $25,000 “for probation.”

“Fortunately she became suspicious, particularly when her supposed grandson was not able to answer questions,” says Hill.

“She called Delta Police, and we immediately began an investigation. Thanks to her timely alert, our officers were in place when the suspect showed up at her door that evening.”

Marie-Jeanne Belanger, age 22 of Quebec, is facing one charge of committing fraud over $5,000. She was released from custody on Jan. 17, on a number of conditions.

Police said they are currently working with other departments in the Metro Vancouver area to determine if this incident is linked to other similar complaints.

“I can also confirm that there are outstanding persons of interest in this matter, with whom the police would like to speak,” added Hill.

Police have not recovered the $10,000 that the victim initially handed over.