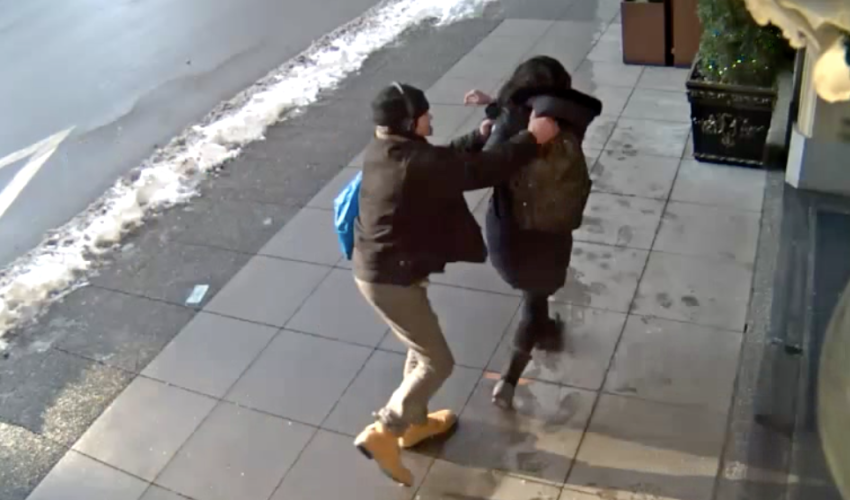 (Update: Jan. 25, 2022): The Vancouver Police have identified and arrested a suspect in a shocking random attack outside Hotel Georgia on New Year’s Eve.

The alleged assault happened on New Year's Eve, when a 22-year-old woman was walking along West Georgia Street and was lunged at, grabbed, and thrown to the ground by an unknown man.

Steven Forbes, age 50, has been charged with one count of assault, and remains in custody until his next court appearance.

“Our investigators have worked through those tips and identified a suspect, who was arrested downtown early this morning.”

The Vancouver Police have released video of a shocking attack on a woman on New Year’s Eve.

Security footage shows a man attacking a woman walking by him in front of Hotel Georgia on West Georgia Street at about 3:30 pm on Dec. 31, 2021.

#VPDNews: Vancouver Police have released security video of an unsolved attack on a woman on New Year’s Eve, and ask anyone who can identify the suspect to come forward.

The victim, a 22-year-old woman, was suddenly grabbed by the stranger and thrown against the exterior wall of the hotel and held down.

“Unfortunately, these types of incidents are happening more often in the city, and it’s led to many people feeling less safe when they’re alone in public.”

The woman was fortunately able to free herself from the suspect’s hold. The man was last seen walking east on West Georgia Street.

He is described as a white, middle-aged man. At the time of the assault, he was wearing grey pants, a black jacket on top of a black shirt with a logo in the middle and a black toque. He was wearing headphones and carrying a blue bag.