A group of hereditary leaders from the Wet’suwet’en Nation in British Columbia is to spend the day with Mohawk supporters in Ontario.

The BC hereditary chiefs are thanking the Mohawks for supporting them in opposition to a pipeline project on their traditional territory by blocking a critical rail line between Toronto and Montreal.

A notice telling police and reporters to stay away says the gathering is to celebrate friendship, healing, peace and optimism, and to talk politics. 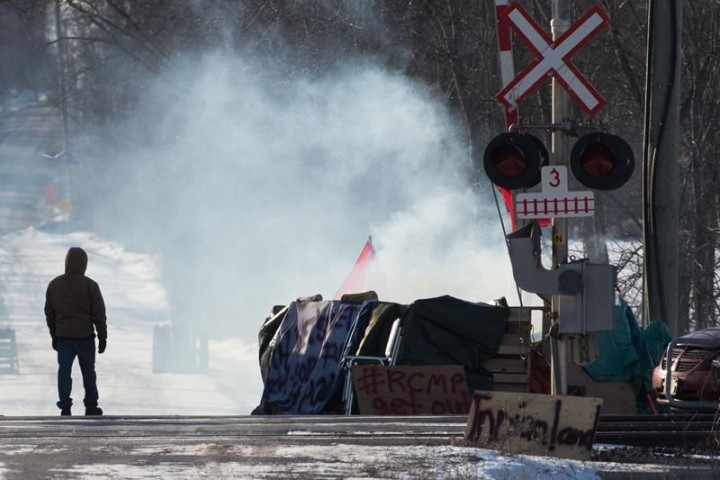 The rail blockade, and others like it across the country, went up after the RCMP enforced a court injunction against the Wet’suwet’en hereditary chiefs and supporters, forcing them off an access road to a worksite for the Coastal GasLink pipeline.

It’s part of a multibillion-dollar project to send natural gas to a terminal on the BC coast for export, which has broad support from elected band councils along the route.

The hereditary Wet’suwet’en leaders say they’re willing to talk with representatives of the Crown, but only after the RCMP and Coastal GasLink workers have left their traditional lands.