Desiree Evancio, who was dragged for several blocks underneath a van in the Downtown Eastside last month, is now awake and able to communicate.

Evancio suffered life-altering injuries as a result of the incident, which happened at around 12:30 am on Oct. 12, 2019 near the intersection of East Hastings Street and Jackson Avenue. 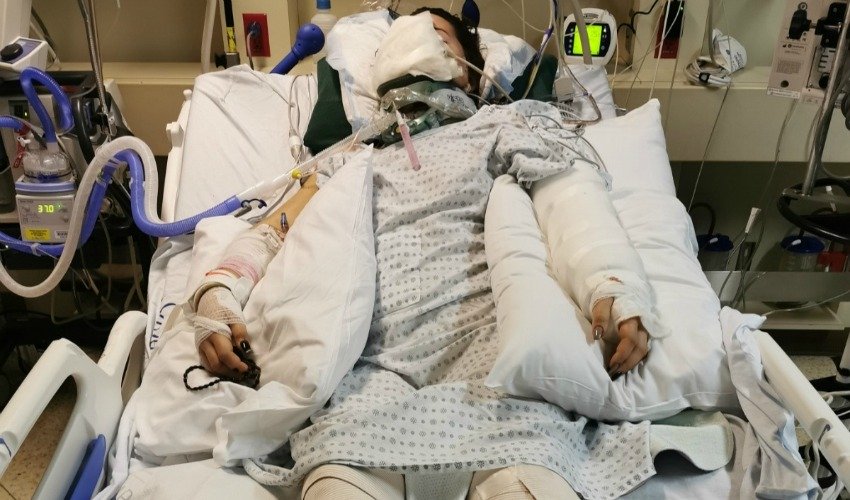 Evancio suffered significant injuries and will require multiple surgeries to reconstruct her face.

According to the most recent update from her sister, Ashley Danh, on a GoFundMe campaign, Evancio has been awake for the last couple of days and is aware of the extent of her injuries.

According to Danh, she is able to write to communicate with family, friends and doctors and nurses, however, she does not remember what happened the night of the accident.

“She doesn't remember anything about the accident or even being admitted in the hospital, she can only remember the last few days from being awake,” the update reads. “I think she understands the extent of everything and how she was close to dying.”

In an update on Oct. 22, 2019, the Vancouver Police said that evidence suggests that the victim stepped between the van and trailer while it was stopped in traffic.

It also came to light that a punk band from the US may have been involved in the incident.

"I feel like there is nothing I can do to fix this, but I'm going to try to help," reads part of the post. "I've cancelled the rest of the band's shows for the year and will be focusing on a plan to do my part to contribute to Desiree's recovery."

"I was told that many of the fans were donating their show refunds to the GoFundMe. We are so appreciative and proud. I wrote Be Good because I wanted to push myself and others to take terrible things and make them better, do better, help each other. When I feel like I can play shows again, I will be starting slow. Until then, please consider donating to help Desiree and her family."

Evancio will need a prosthetic eye and nose, and during her next surgery doctors may begin to rebuild her lower lip.

Danh shared in the update that the news of the fundraising has been a relief to Evancio.

“Although she can't make much of a facial reaction to things right now, you could see it in her eye that a weight of financial burden was lifted from the many things running through her head,” she said.