British Columbia and Ontario continue to be the most expensive place to rent a room, or rooms, in Canada.

A new rental report from PadMapper shows that Montreal is the only city in the country outside of those two provinces to crack the top 10. 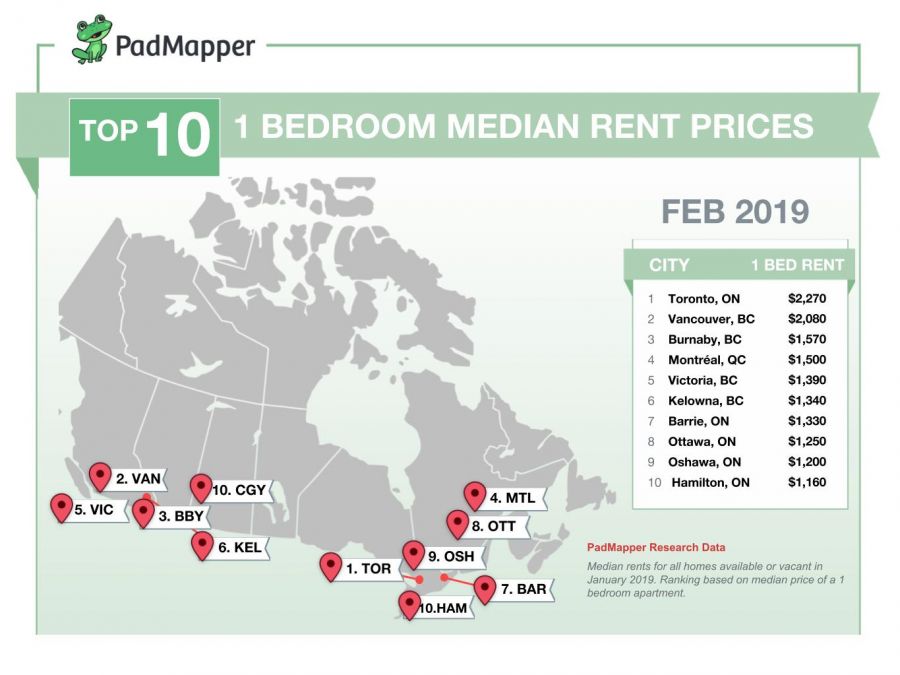 Alberta's major cities managed to stay out of the top ten, with Calgary and Edmonton ranking 13th and 18th respectively.

In Calgary, one bedroom units average out at $1,130 a month, while in Edmonton the average cost of a one bedroom home is $950. 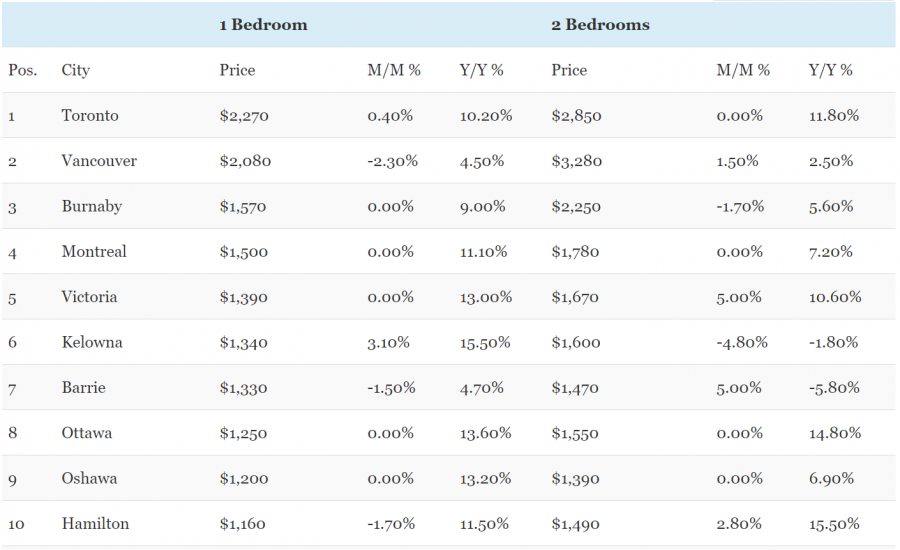 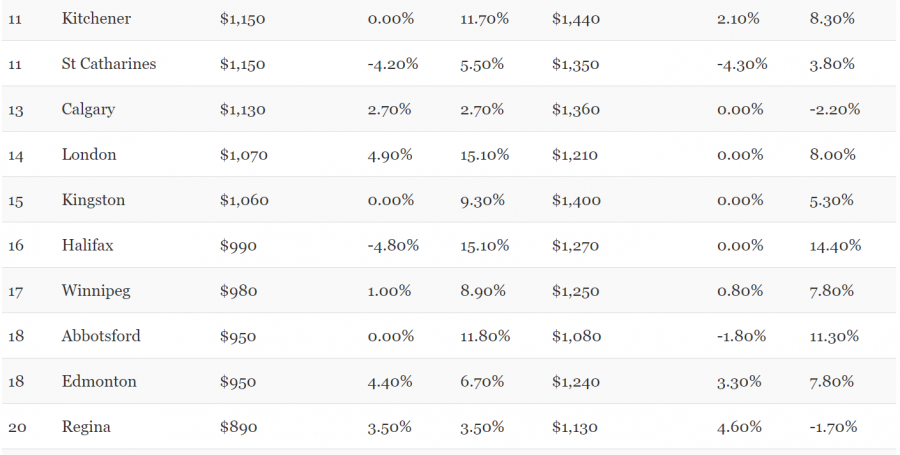 Victoria - where one-bedroom pads cost an average of $1,390 - is fifth in the report.

Abbotsford is 18th on the list, with an average monthly rent of $950 for a one-bedroom apartment.