Now that UBCO has the green light for its 46-storey 'vertical campus' at the corner of Doyle Avenue and St. Paul Street, One Varsity is going full steam ahead with its 36-storey condominium tower across the street.

The One Varsity name takes inspiration from 'varsity' being the team that represents a university and 'One' is also part of the One Water Street name, the other highrise project in Kelowna the developers are involved with.

One Varsity is being overseen by a consortium of four developers -- Chilliwack-based Kerkhoff Construction, North American Development Group, bbf: and New Generation Properties. 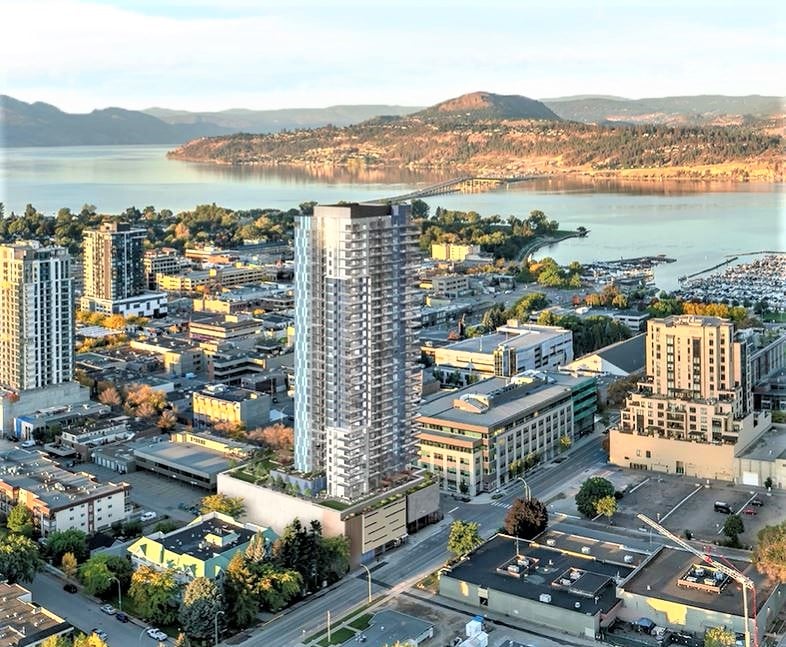 While One Varsity was officially kicked off today, it still has a long way to go to reality.

It has initial rezoning permission from the City of Kelowna for 36 storeys at the southwest corner of Doyle Avenue and St. Paul Street.

But it will still have to go through a public hearing and get final approval from the city.

The height is within Official Community Plan guidelines for the area, so it should pass public hearing and get city OKs.

After all, two other highrises along Doyle Avenue -- the aforementioned 46-storey UBCO skyscraper and 25-storey apartment building at 350 Doyle on the former RCMP site -- both went through public hearings and received approvals last month.

One Varsity is inviting potential buyers to register now at OneVarsity.ca to get the latest information, including when a presentation centre will officially open later this month.

Condo selection and pre-sales will follow before construction starts in the spring aiming for 2026 completion. 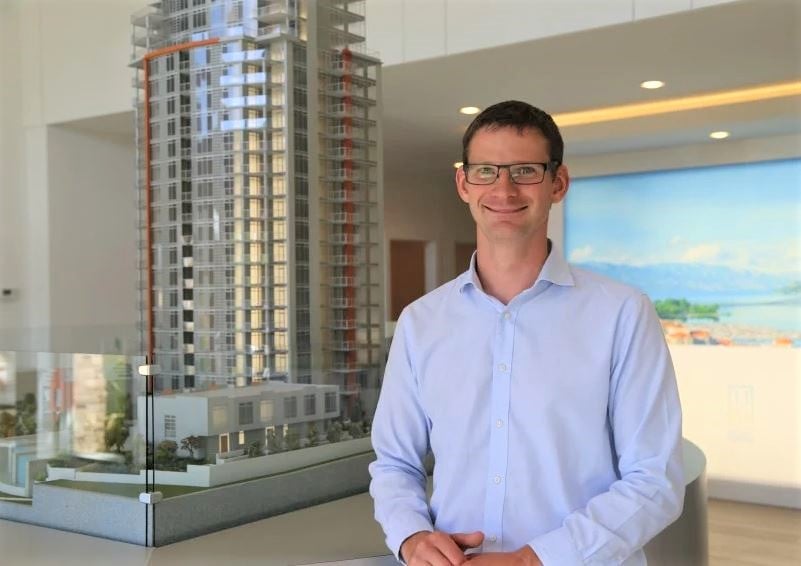 Prices have yet to be released.

While the One Varsity name sounds collegiate and the development seeks links to the university, it will not officially be part of UBCO's downtown campus.

Although One Varsity hopes to attract some university students as residents, it's scope is much wider.

"As part of downtown Kelowna's ongoing redevelopment, One Varsity's innovative mixed-use offerings will fill a gap in the urban fabric, adding to the available amenities and attractions in the city's walkable core."