It took the work of three search and rescue teams, but thanks to a combined effort, three people were safely rescued from Manning Provincial Park. 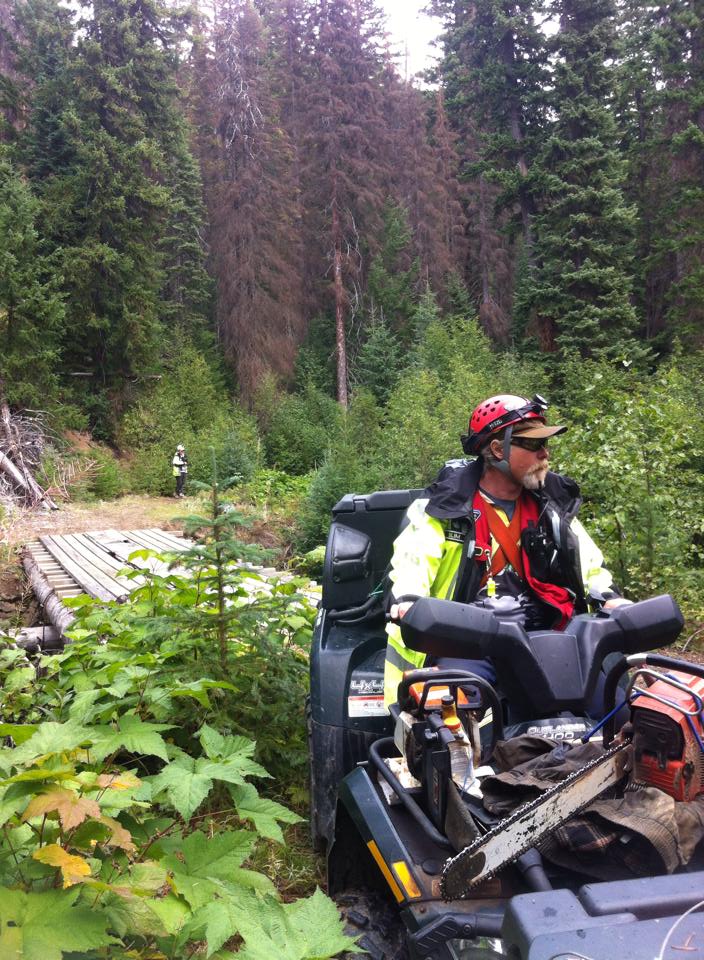 Penticton Search and Rescue (PENSAR) were called out for assistance by Victoria’s Emergency Coordination Centre shortly after 9:30 a.m. on Tuesday. The advance alert was sent as a rescue was underway in Manning Provincial Park. The Princeton RCMP and Princeton Ground SAR teams were already active in the area as a distress call came in for four men stranded in the wilderness. The men had become stranded in a wilderness area along the Canada-US border south of the Manning Park Lodge.

Princeton crews had determined that getting to the men in a timely manner was going to be difficult and requested the assistance of a HETS team. By 11:30 a.m. the Penticton helicopter team was mobilized and enroute to the scene where three men were located. The fourth member of the group wandered off before the team arrived and was later found in the woods by the Princeton team. 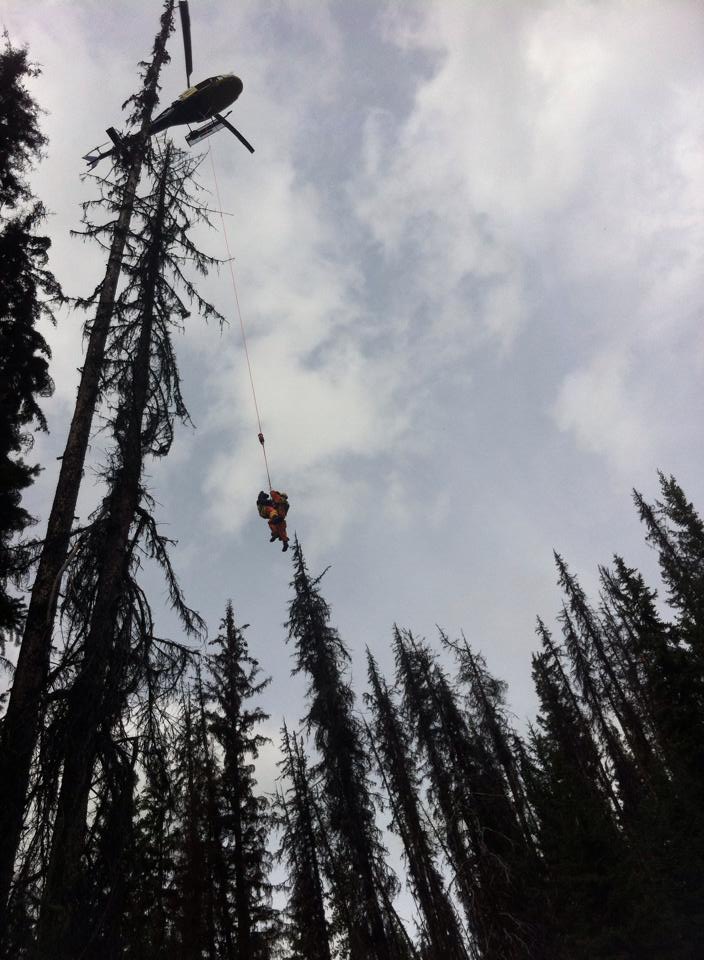 The three men were extracted from the area via long line rescue and were turned over to the Princeton crew who escorted the group back to the Manning Park Lodge. The rescue operation brought together 22 personnel from the RCMP Air Services Section (Helicopter), BC Parks and SAR Teams from Hope, Princeton, and Penticton.