(Update: April 22, 2021): Police have arrested a 38-year-old man after he assaulted a 15-year-old in his tent in Beacon Hill Park on Tuesday night.

Shortly after 10 pm on Tuesday, officers were called to the park near Douglas Street and Circle Drive for a report that a teenager had been assaulted and choked in a tent at that location.

The victim suffered non-life-threatening but potentially life-altering injuries. Officers continued their investigation and identified the suspect, who had left the area.

At about 4 pm yesterday, officers located and arrested the suspect within Beacon Hill Park, and transported him to VicPD cells where he was held to await court. T

he man faces several recommended charges in relation to this incident, including assault, assault by choking, assault with a weapon, sexual interference, and sexual exploitation.

Police are working to locate and arrest a 38-year-old man after he assaulted a missing 15-year-old in his tent in Beacon Hill Park last night.

Shortly after 10 pm, officers were called to Beacon Hill Park, near Douglas Street and Circle Drive, by BC Emergency Health Services paramedics and Victoria Fire Department firefighters, for assistance as they responded to a medical call. 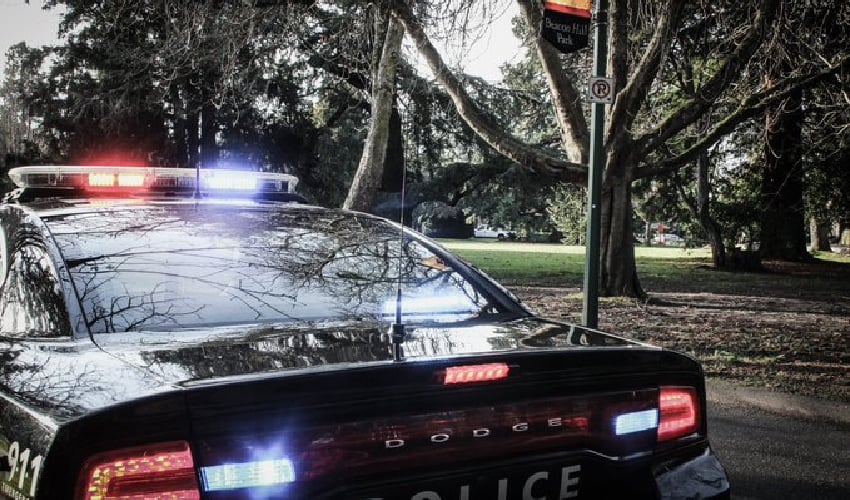 When paramedics arrived, they learned that a 15-year-old had been assaulted and choked in a tent at that location and called for officers.

Officers attended and located the victim, being treated by paramedics for non-life-threatening, but potentially life-altering injuries from the assault.

The suspect had already left the area.

When officers attempted to speak with the victim, numerous people who are camping in the park began to intervene, urging the victim to not speak with officers, to not go to hospital for medical treatment, and to leave the area.

They began confronting the officers and paramedics and continued to urge the 15 year-old victim to leave the area, physically grabbing the victim and pulling them away.

Having significant concern for the victim’s safety, officers apprehended them under the Child, Family and Community Service Act.

A struggle ensued between those camping in the park, the 15-year-old victim, and officers.

Officers called for a “Code 3” response and additional units responded to assist.

One officer was bitten and another struck in the mouth with spit while the victim was carried to the ambulance and secured for transport to the hospital.

The police said that the victim is developmentally delayed, and had been reported missing from home.

The suspect, a 38-year-old man with numerous recent charges, including assault causing bodily harm, assault with a weapon and breaching court ordered conditions, has been identified.

Police said officers are working to locate the man and take him into custody.