West Kelowna firefighters rescued a driver and a dog after a crash yesterday evening.

The driver’s car had gone over an embankment around the 1500 block of Bear Creek Road sometime before 8:15 pm, West Kelowna Fire Rescue (WKFR) said.

It was halfway down the embankment – and being held in place by a tree – when firefighters arrived.

A rescuer was lowered down to the car using a rope so that the car could be secured with a winch. 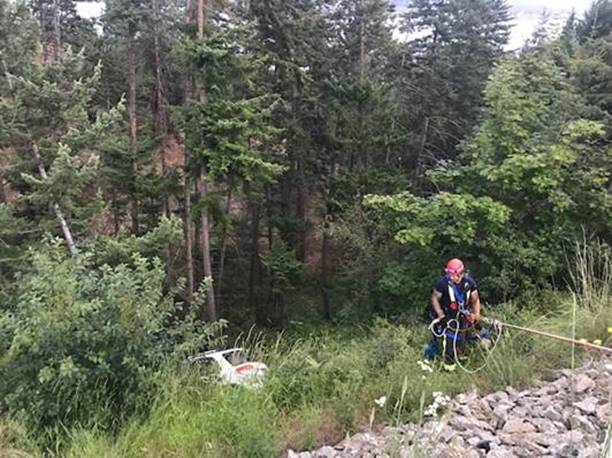 The driver was rescued on the first lowering, followed by the dog on the second.

Paramedics assessed the driver after the rescue, but no information about their condition was revealed.

The dog, however, was unhurt.

“WKFR would like to thank RCMP and BCAS for their support during this incident and to remind the public to exercise caution on wet roads especially in light of the heavy localized downpours we have seen throughout the valley in recent weeks,” Assistant Fire Chief Chad Gartrell said.