A mobile home has been damaged in a fire at Westbank First Nation.

The fire began on the deck and spread into the home, WKFR said. 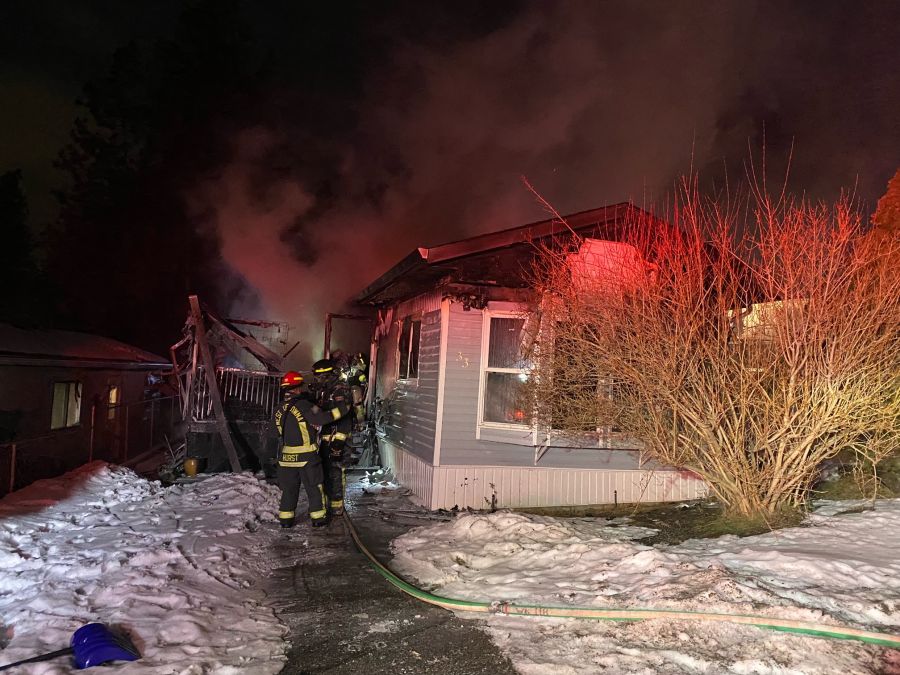 Two residents are now in the care of Emergency Support Services.