A lifeguard at a West Kelowna bible camp has been commended by the RCMP for helping to save a woman’s life.

Police said Aiden Godwin, who was off-duty, “took control” of a “chaotic scene” on July 29 when a passenger on a boat was flung into the lake.

The boat, travelling “at a high rate of speed,” struck a dock, leaving debris and fuel in the water alongside the woman. 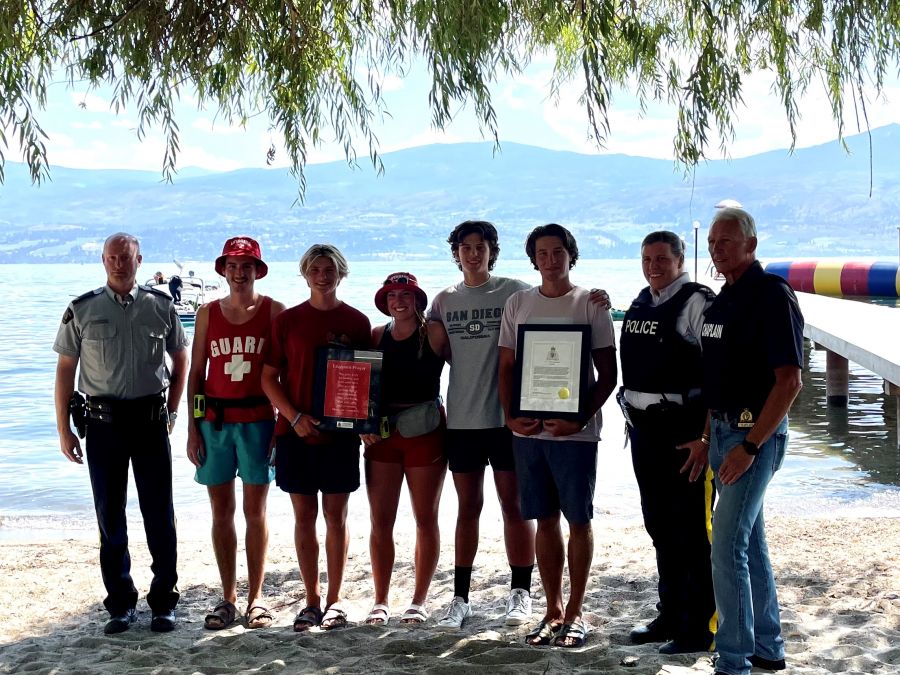 Godwin – head lifeguard at the Green Bay Bible Camp – swam out to the unconscious woman and brought her back to shore while supporting her head, police explained.

He then helped provide “life saving first aid” alongside medics at the scene. The woman was later taken to hospital for treatment.

“Our community is fortunate to have people like Aiden who rise above the crowds with their courage and valour,” Supt. Kara Triance, the officer in charge of Kelowna RCMP, said. 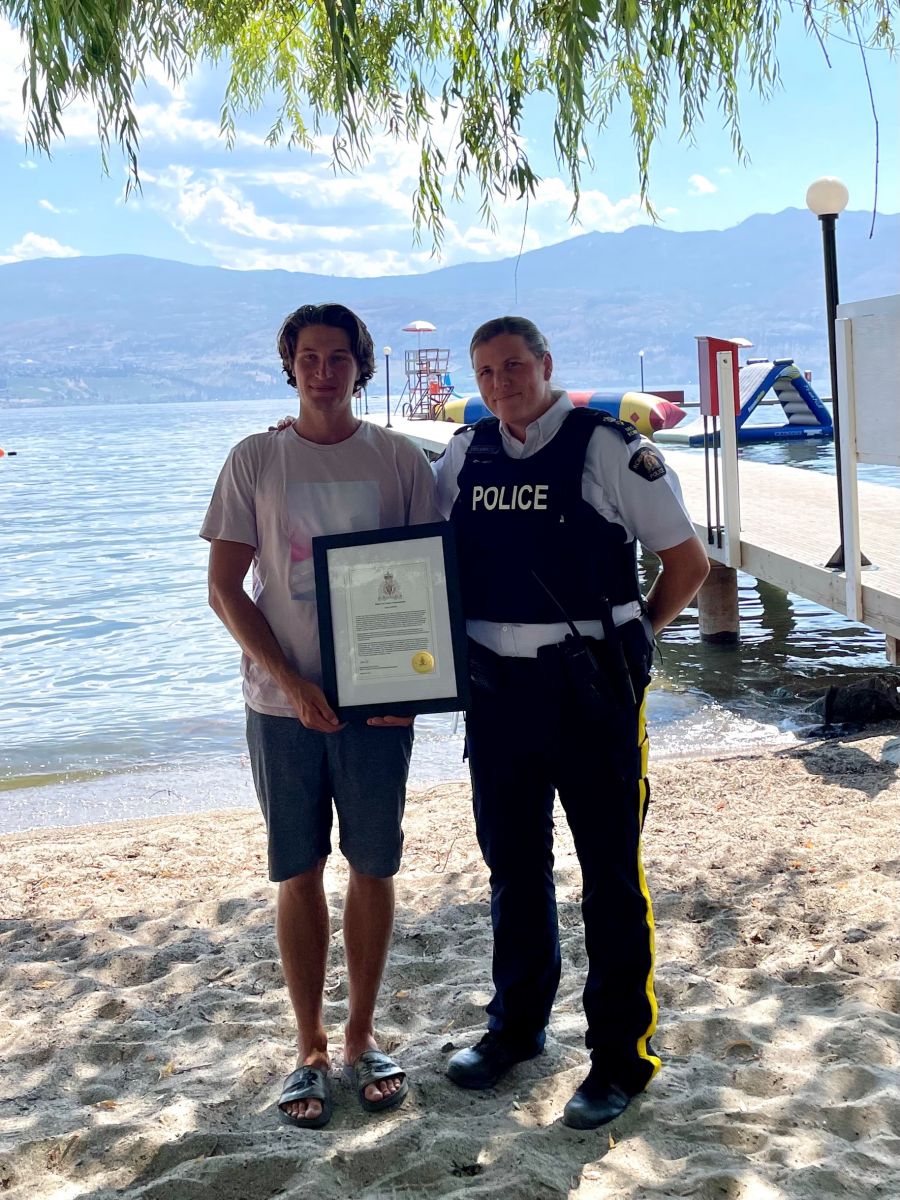 “On behalf of the Kelowna Regional Royal Canadian Mounted Police and your community, we thank you Aiden.”

Godwin was presented with a plaque by Supt. Triance on Thursday in a “small lakeside ceremony,” police said.

Alongside Godwin, five other lifeguards and an EMT-in-training were also recognized for their heroism.