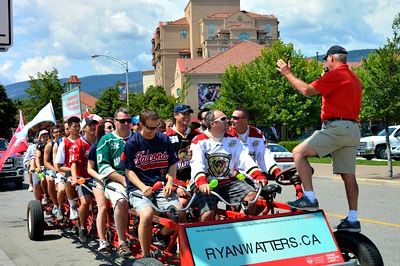 The Big Bike is a 1,900 lbs. bicycle built for 30 people to ride simultaneously in an effort to raise funds and awareness for the Heart and Stroke Foundation.

Approximately 8,000 riders across 50 B.C. communities will ride the Big Bike this May and June.

“Most of these athletes are kids and it’s good to see them involved and see them support a local charity. Fans support them, come to their games and buy tickets, so to give back to the community and an organization like the Heart and Stroke Foundation I think it’s great,” said Ryan Watters,organizer of the local sports Big Bike team. “It’s worthwhile for the kids and I think it opens their eyes to doing some fundraising and being involved in a charity.”

Ryan Watters (left) and his team raised $1,105 for the Heart & Stroke Foundation

“We set a goal for the nine ride days we have the big bike in our region we set a goal of $127,000 and it looks like we’re going to blow that out of the water,” said Wendy Wright, the local Special Events Coordinator for the Heart and Stroke Foundation. 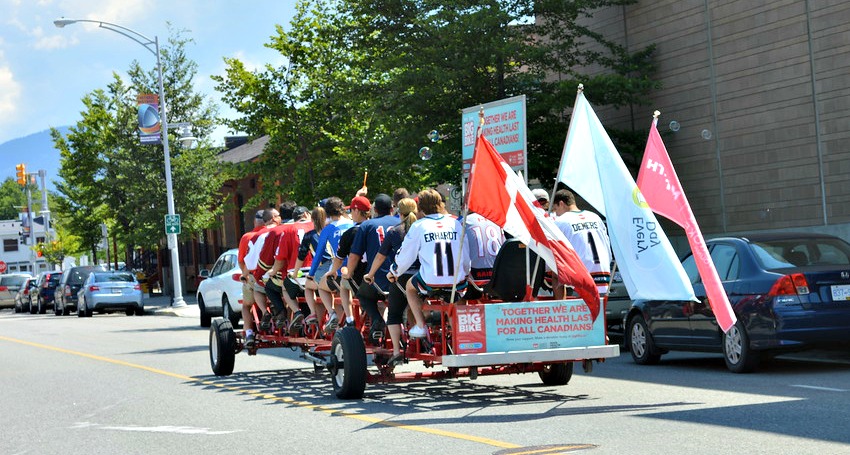 Each member of the Big Bike team is responsible for fundraising beforehand, then when they are riding the Big Bike they cheer as they pedal to raise awareness for the charity.

“High visibility is always the key. We want the people riding the Big Bike to be applauded and thanked for their efforts,” Wright said. “We work on preventing disease, saving lives and promoting recovery. Over the 60 years we have been doing this we have put $1.4 billion into research and we would be nowhere without the research.” 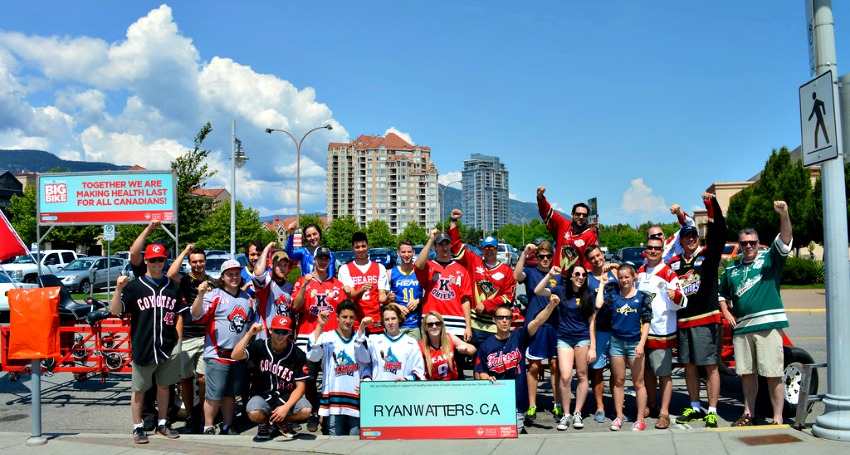 To join a team, to donate, or for more information, visit the Big Bike website.