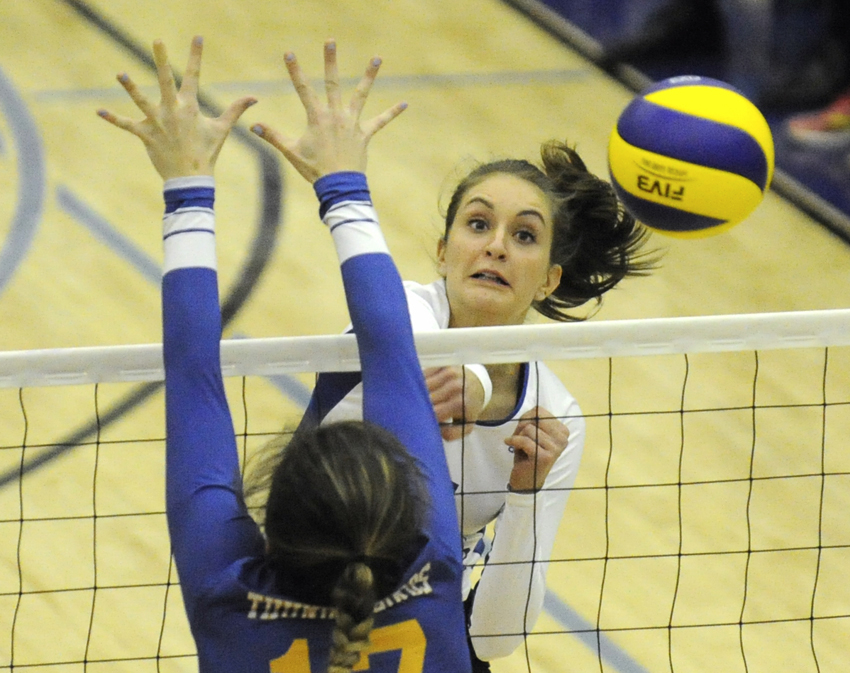 The 2015-16 edition of the UBC Okanagan women’s volleyball team is going where no other has ever gone before.

After just five years in the CIS Canada West Conference, the Heat will compete for a national championship next week in Brandon. 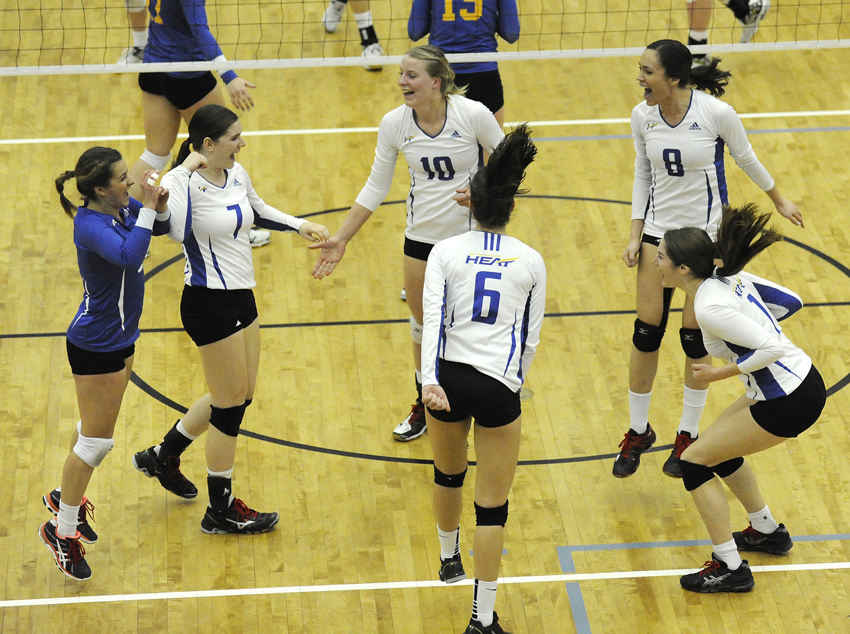 UBCO will be joined at nationals by the defending CIS champion Trinity Western Spartans, who clawed their way back from a 2-0 deficit in the Friday’s second match of the conference Final Four to defeat the University of Alberta Pandas 3-2 (22-25, 26-28, 25-19, 25-18, 15-13. It's the third straight postseason match in which Alberta has taken a 2-0, only to have Trinity Western come back and win in a fifth set.

UBCO and Trinity will meet in the Canada West final for conference banner on Saturday (7 p.m.), but both teams will represent the conference in Brandon — along with the winner of the bronze-medal match (5 p.m.) between UBC and Alberta.

After finishing fourth in the Canada West Final Four playoff the past two years and missing out on the opportunity to compete for a national title, UBCO head coach, Steve Manuel, said it was a "thrill and an honour" for his team to represent his school on the national stage. 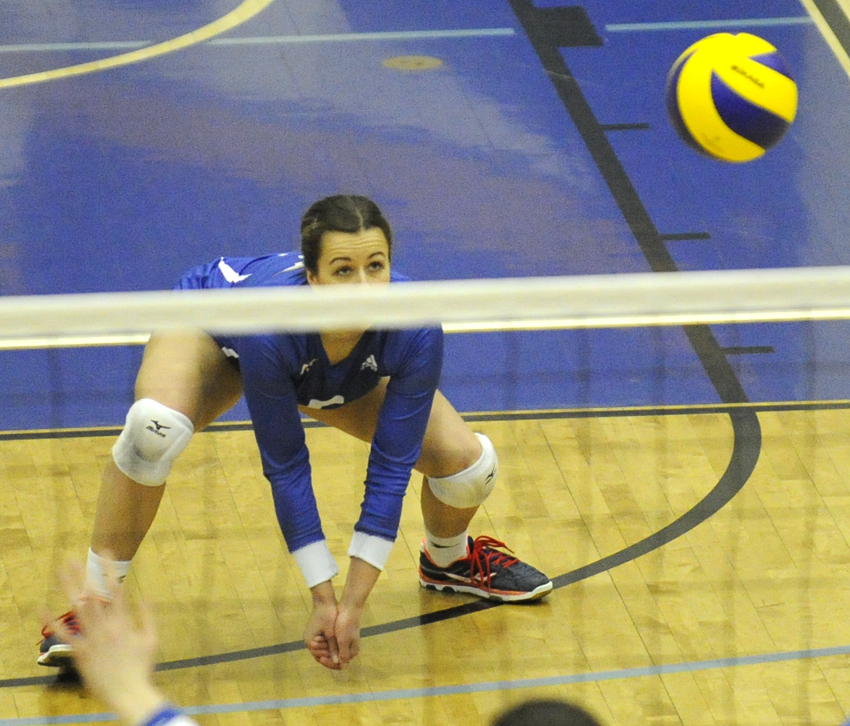 “This is huge for our program and I couldn’t be more proud of this team,” said the newly minted Canada West coach of the year. “We didn’t play our best match by any means, but to see the team battle with sheer will and desire, and with totally relentless play tonight — the way they have all season — is really something to behold.”

Manuel conceded that Friday’s victory and a guaranteed spot at nationals will trump the possible Canada West gold on Saturday, but that by no means will his team not being playing as hard as possible for the conference title against Trinity.

“Making it to nationals is the first step — and the most important one — but now that we’ve accomplished that, we’re looking at what we can check off the list of things we haven’t done yet. Winning Canada West is one of them.” 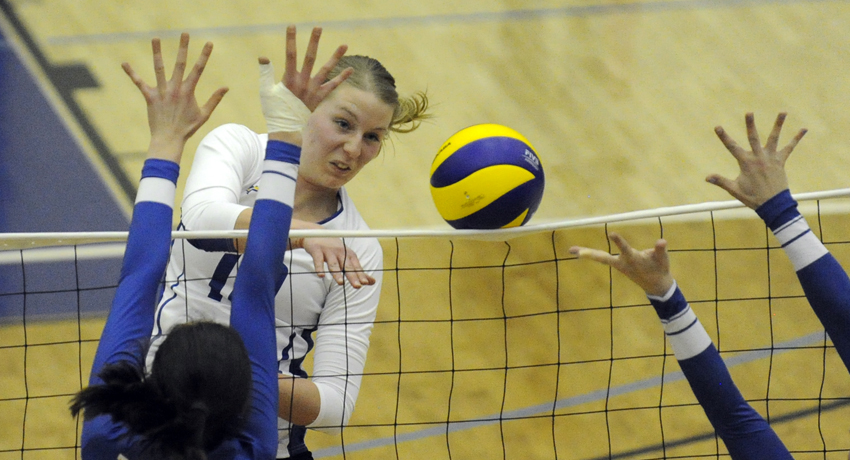 The 15-year veteran said playing for gold is another good opportunity to prepare for nationals.

Going into the Final Four as the No. 1 seed with a record-setting 22-2 mark in the regular season, the Heat looked to be suffering with a case of the jitters early on in the match in front of a standing-room-only crowd at UBCO.

The Thunderbirds, fourth-place finishers with a 17-7 record, jumped out to a 6-1 lead, forcing a Heat timeout. And while the Heat clawed back to 8-6, the hosts never could get any closer than two points the rest of the way.

“There wasn’t any panic on our part,”said Manuel. “We knew we weren’t playing our style of volleyball and that UBC was playing better than we’d see before (the Heat defeated the T-Birds 3-1 and 3-0 in the regular season). And while we got off to that slow start, we were still in the set most of the way. We just needed to get back to what we do well and play maybe another two per cent better. 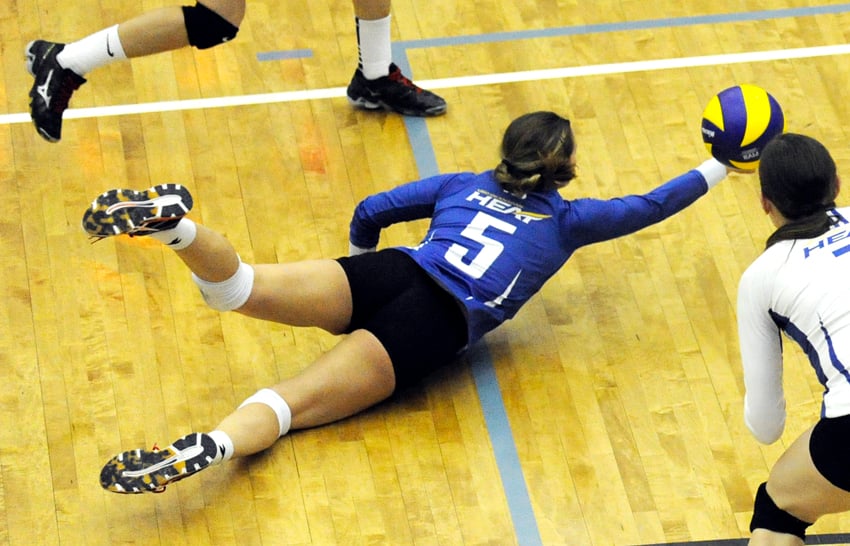 The Heat responded to the challenge in the second set with the relatively easy 25-17 win. And although they again fell behind 5-0 and 12-7 in the third set, the Heat clawed back to 17-17 and finally won it on a pair of kills by Megan Festival, who finished with a team-high 14 on the night.

The depth of the Heat came through in the third set and into the fourth, as Chandler Proch subbed in for starting setter Emily Oxland and sparked the team to victory.

“We kept Chandler in because she was setting well and changing the tempo — throwing off UBC’s block and defensive rhythm,” explained Manuel. “Having two outstanding setters with little different sets and different locations really puts the opposition off balance.” 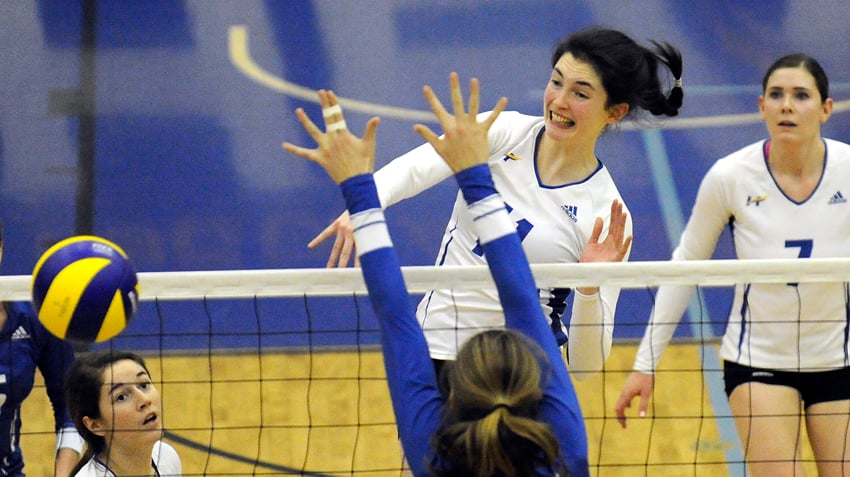 Statistically, the Thunderbirds held the clear edge with 59 kills, 21 of which came from Danielle Brisebois, while the Heat were held to 43, led by Festival’s 14 and 11 by Brianna Beamish, who, in the words of her coach, “ripped the leather off the ball” on several occasions.

The Heat were more effective serving, spinning 10 aces, compared to just two for UBC. On the season the Thunderbirds led the conference with 2.35 aces per set.​

The bottom line to Manuel however was that his team found a way to win.

“Coming from behind is certainly nothing new for this team. Battling back and finding ways to win has really been our M.O. all season.”

Looking ahead to Saturday’s final, the UBCO coach says his team will be looser than it was on Friday, knowing it’s already accomplished its No. 1 goal going into the weekend.

“But there’s still pride on the line. And we’ll be looking to take yet another step for the program — and hopefully we can leave a little souvenir (banner) in the rafters.” 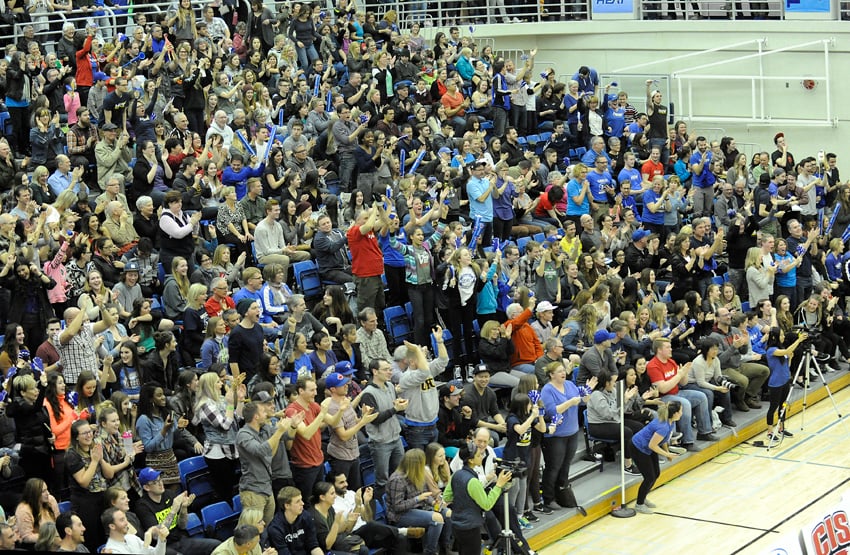