Under-30 members of the Kelowna Rugby Club outlasted the over-30s for a 62-50 win at the Parkinson Sports Fields on Saturday. 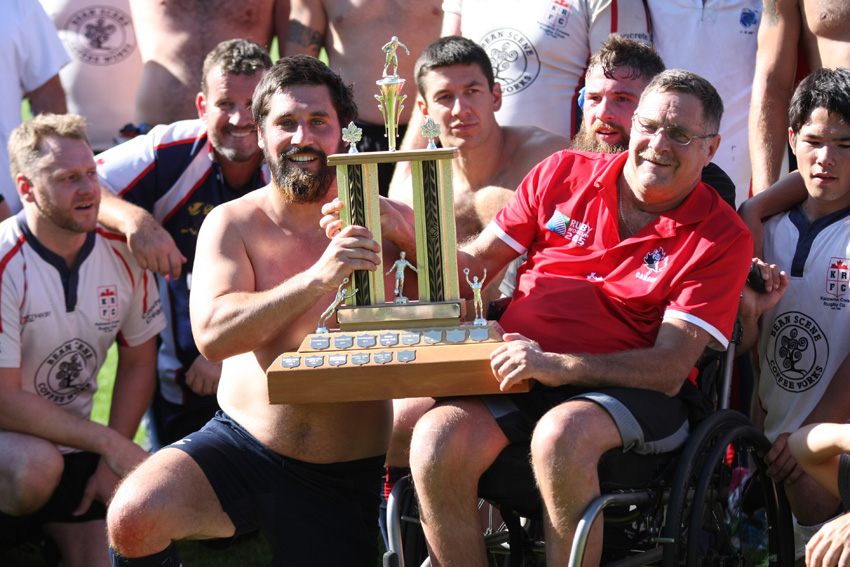 A charity rugby match to raise funds for the KRC and Kelowna’s youth rugby program, the Ensign Cup is held each year in the name of Rusty Ensign, a former Kelowna Crows player who was injured seriously in a match in 1982.

Trailing 24-36 at the half, the under-30s’ took advantage of their youth and endurance to take the momentum in the latter stages and record their 16th win overall. The over-30s have won 15 games and three of the matches have ended in a tie. 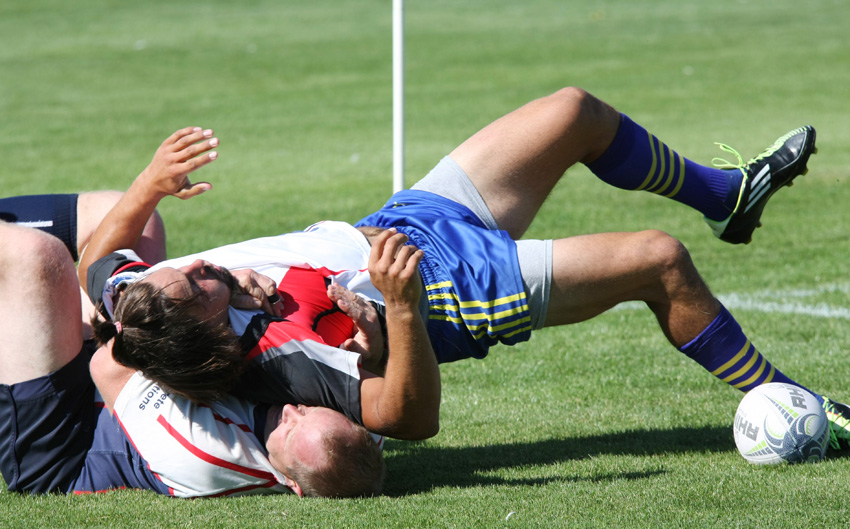 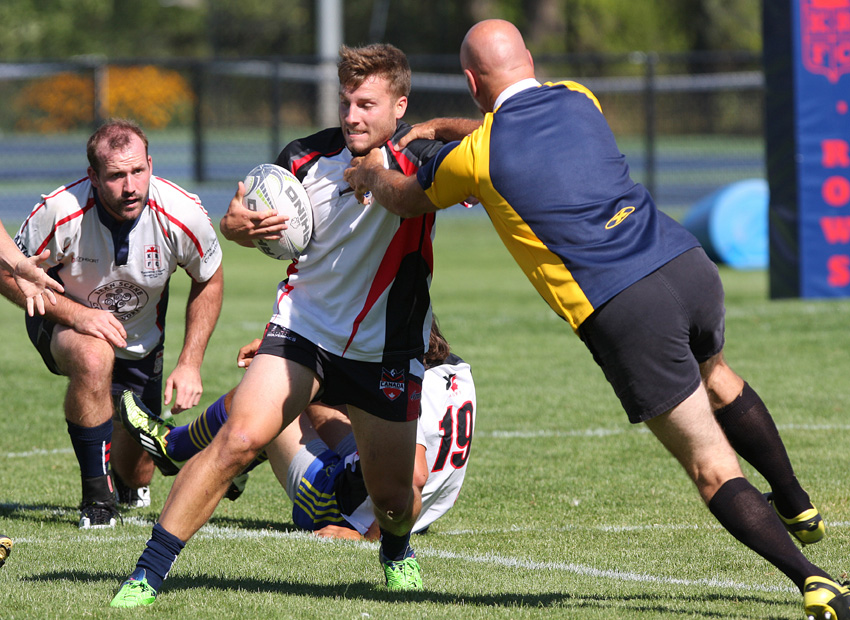 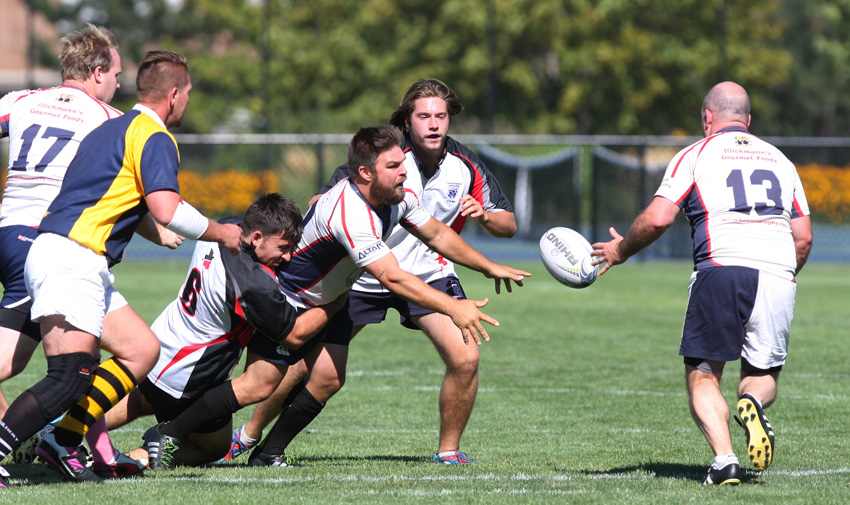