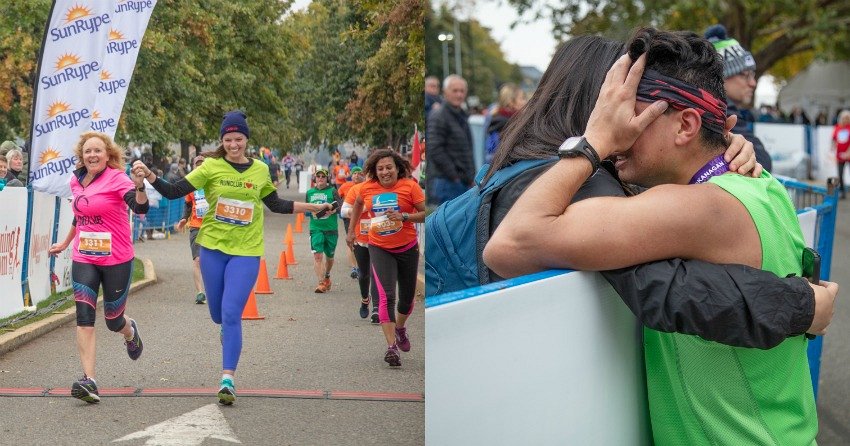 The SunRype Okanagan Marathon returned to City Park this long weekend, bringing with it over 2,000 athletes eager to run along Kelowna’s waterfront. 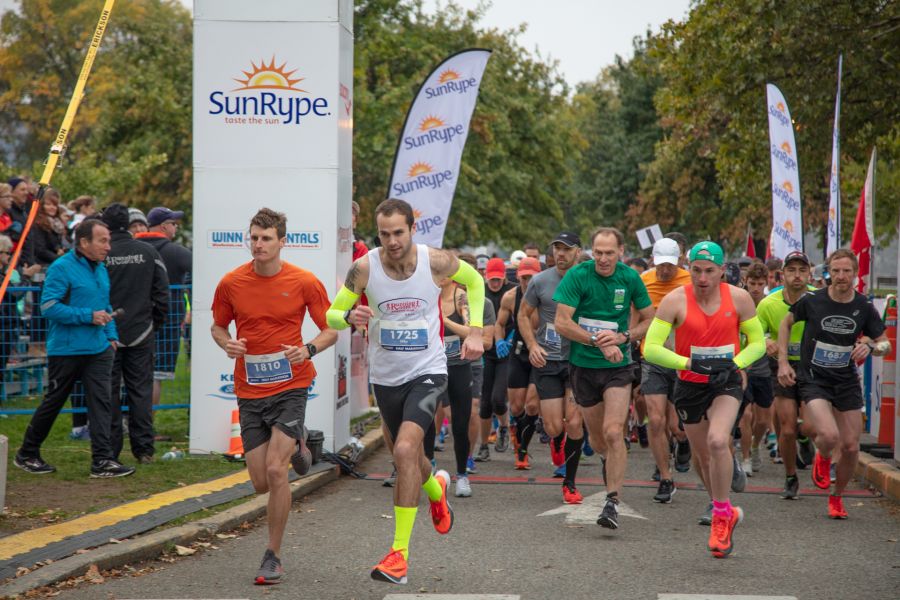 After a busy weekend of mini races, and kids activities, the main events took place bright and early on Sunday morning. First, the Marathon participants set out, followed by the Half-Marathon and 10 km runners.

Included in the sea of Half-Marathon participants were husband and wife from Victoria, BC, Glenn Zederayko and Claire Foley.

Nearly two years ago the pair were in a serious car accident on the Malahat Highway, leaving Foley in a wheelchair for three months and disrupting their hobby of participating in various marathon races.

Following an extensive recovery period and re-learning how to walk, Foley is more determined than ever to run again and is using the Okanagan Marathon as her stepping stone back into the sport. 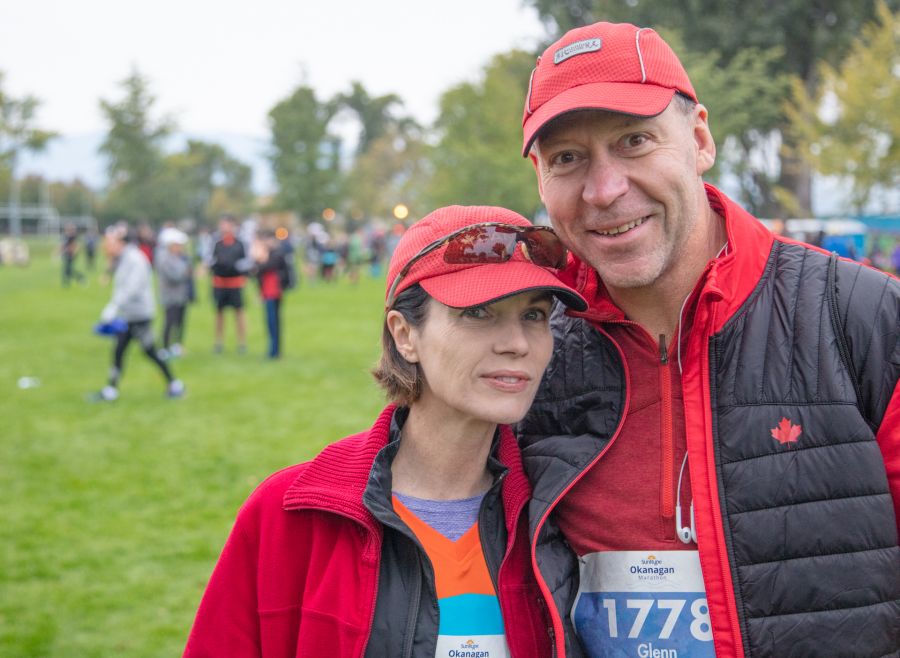 “I’m not done with the recovery yet, but this is a good milestone, it is my first race back so it’s exciting and a little scary,” said Foley.

The two separated along the course but reunited at the finish line as Foley stepped across in 85th place with an impressive time of 2:27:25.

In addition to Zederayko and Foley, the two-day event welcomed racers from across BC and Alberta from ages as young as three-years-old to nearly 80. 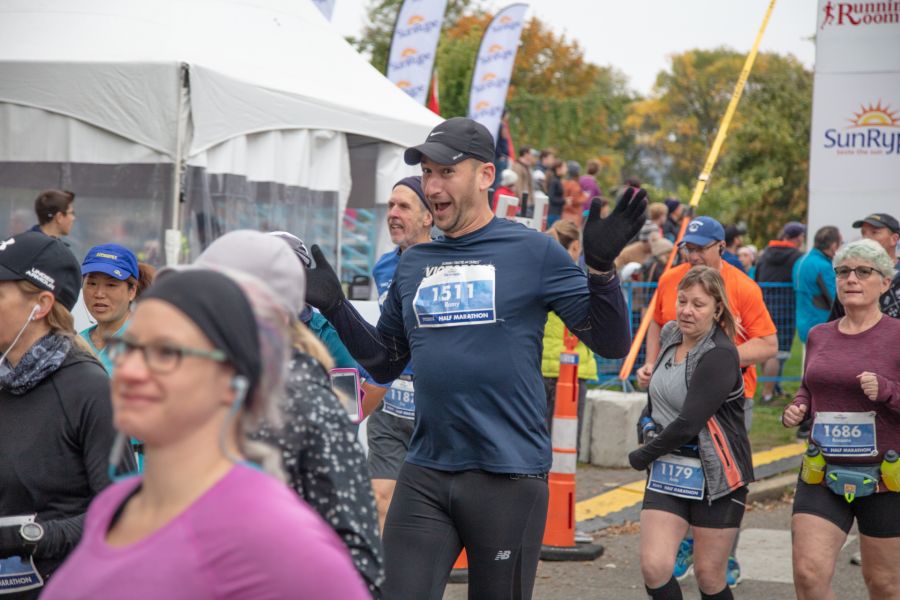 Regardless of the lack of sunshine, the crisp autumn air and flat, straight-forward course, made for a finish line covered in beaming smiles.

First to cross the for the Marathoners was Calgary athlete, Curtis Sampson, with a time of 2:52:59. 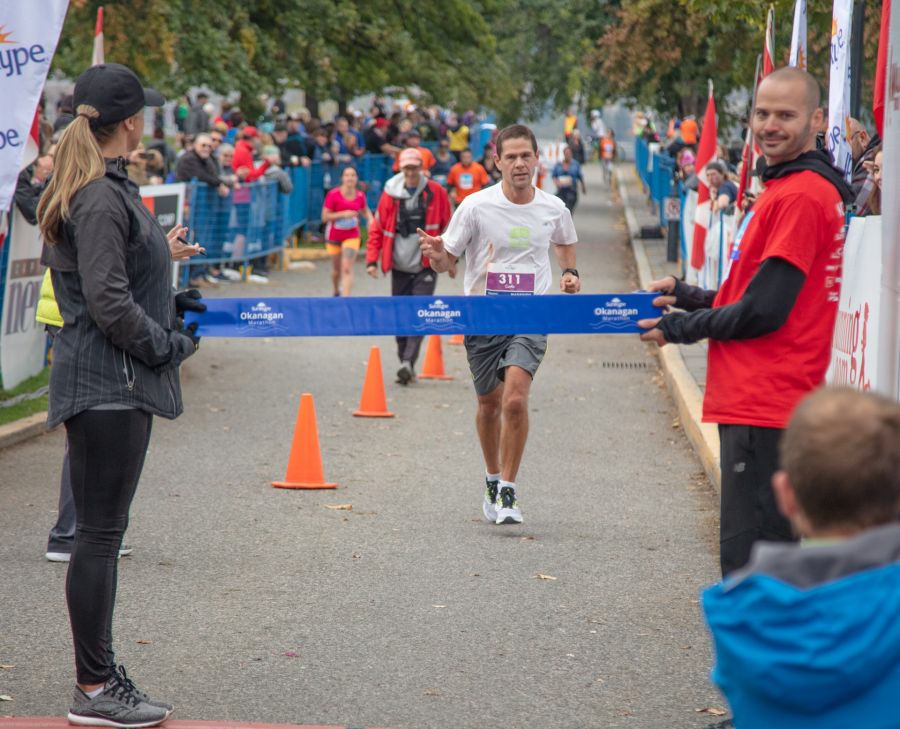 According to Sampson, he has not run a race of this calibre since his last visit to the Okanagan Marathon 10 years ago, but his goal of wanting to participate in the New York City Marathon brought him back.

“It was great (the race,) I turn 50 next year and to qualify for New York you have to run a 3:14 so, that was my first goal, now I can rest the next two or three months and start training for that,” said Sampson. 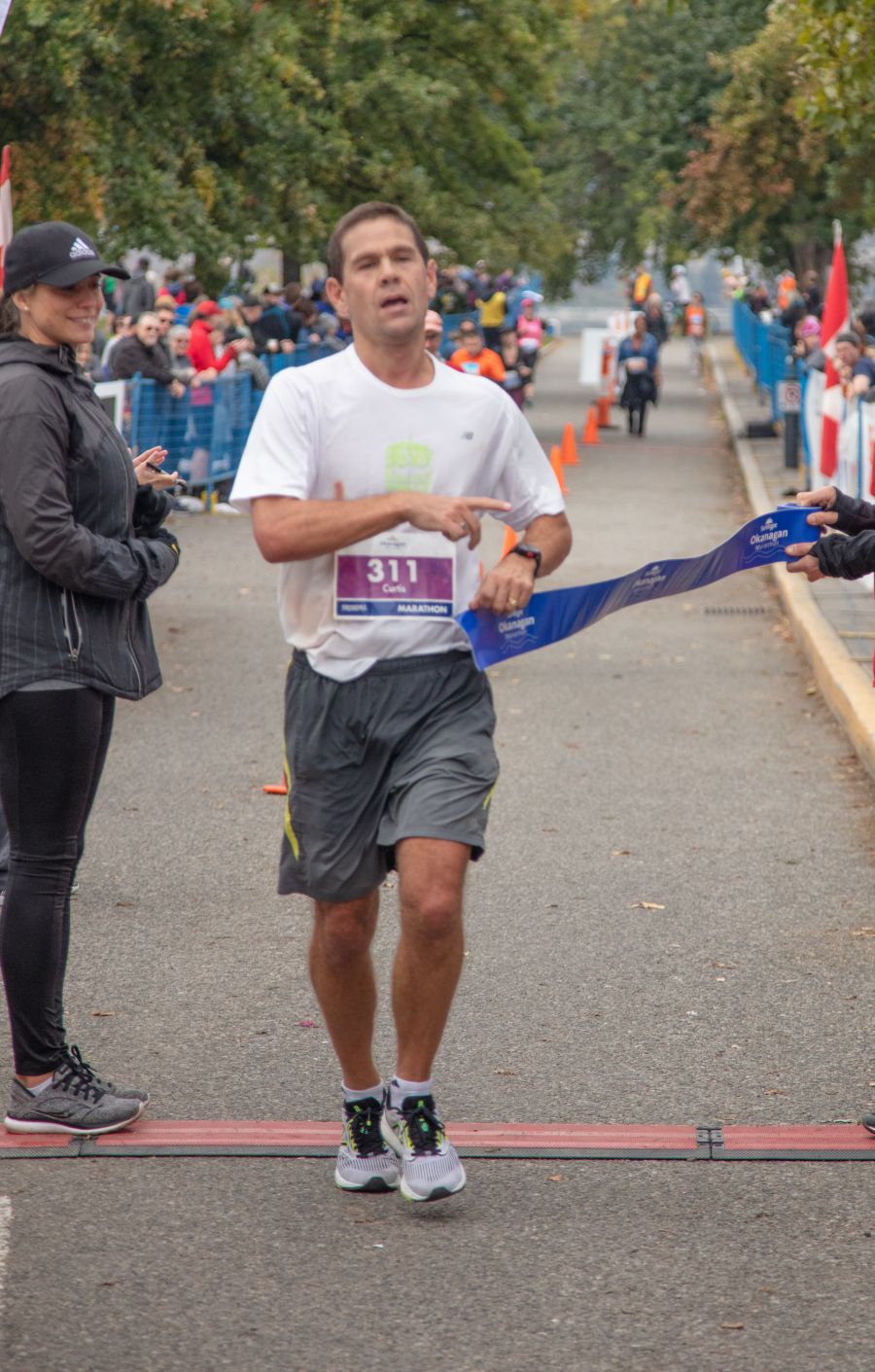 Not long after Sampson the first female finisher, Cosette Lemelin of Edmonton, crossed the line at 03:06:31 next to her husband. 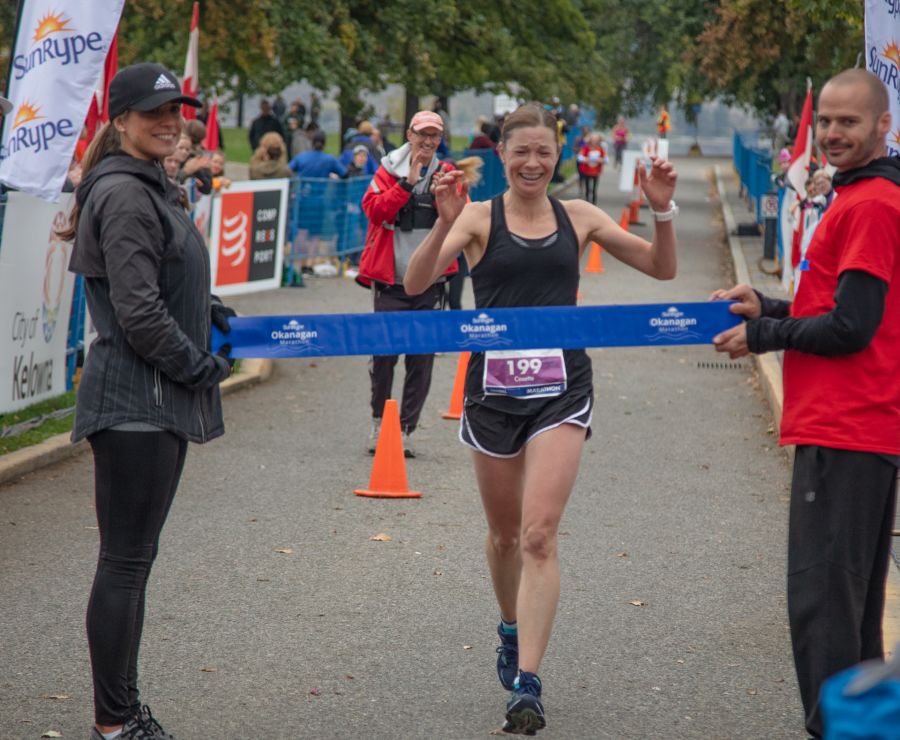 “My husband and I paced together almost the whole way and we ran to our plan, I feel really good that we stuck to our plan, and the nice surprise was to come out in the lead.” 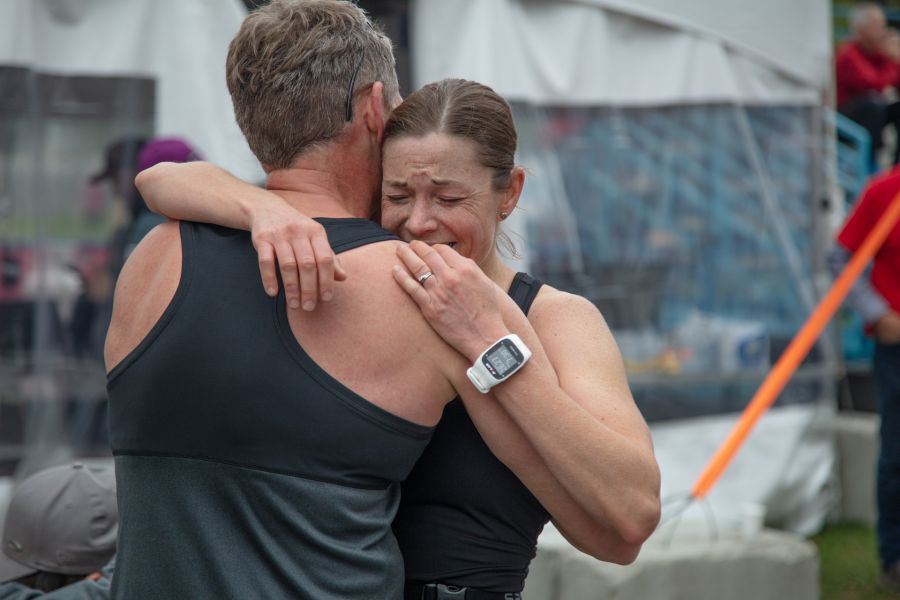 More results for the race can be found on the Okanagan Marathon website, congratulations to all the athletes!