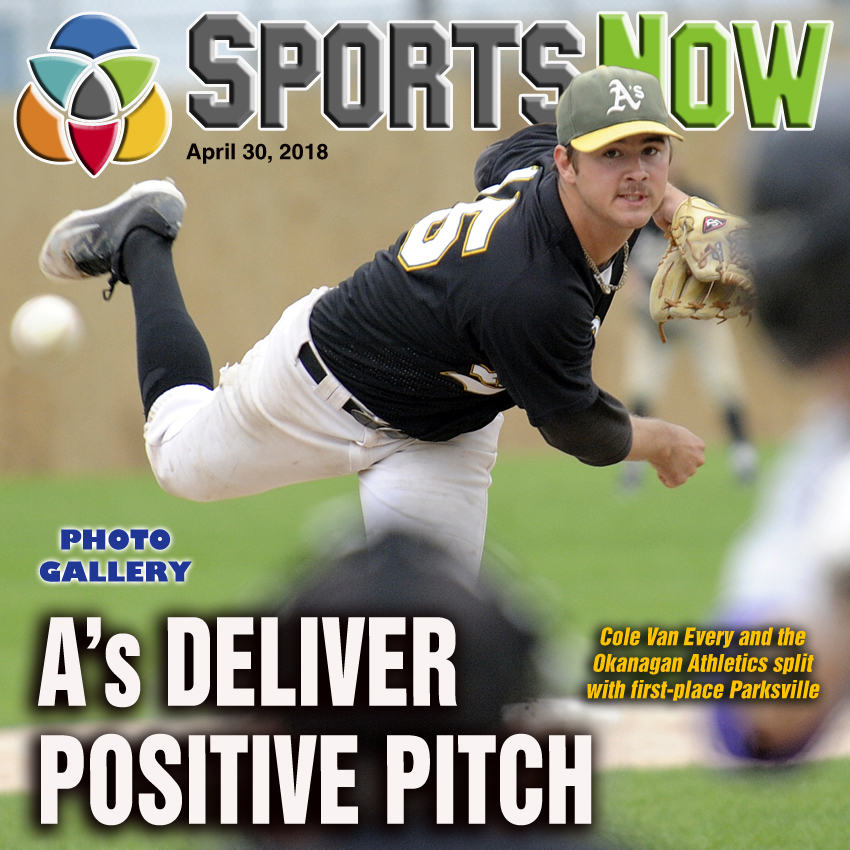 Four games against the top team in the B.C. Premier (Midget) Baseball League provided plenty of optimism for the Okanagan A’s on the weekend.

Not only did the host A’s earn a split against the 8-2 Parksville Royals, but the Kelowna-based team outhit the highly touted visitors 33-28 and left 40 potential runs on base compared to the Islanders’ 27.

Their offensive output bodes well for the Athletics (5-7), who are yet to climb above the .500 mark and into a playoff position in the 13-team provincial loop.

On the downside, the A’s continue to struggle at the plate with runners in scoring position while they committed 11 errors in the pair of doubleheaders at Elks Stadium despite not allowing any in a loss on Saturday.

Both wins on the weekend came in the second game of the twinbills, with the A’s defeating the Royals 9-5 on Saturday after opening with a 7-2 loss while they came back from a 7-3 defeat of Parksville on Sunday morning to post a 6-2 win in the finale.

Saturday’s victory saw the A’s connect for 10 hits, led by Kade Kozak, Jaden Parsons and Chase Batchelor, all of whom contributed a single and a double. Cole Van Every also chipped in with a pair of hits and drove in a run for the winners, who broke the game open with a five-run third inning and by adding three more runs in the sixth. 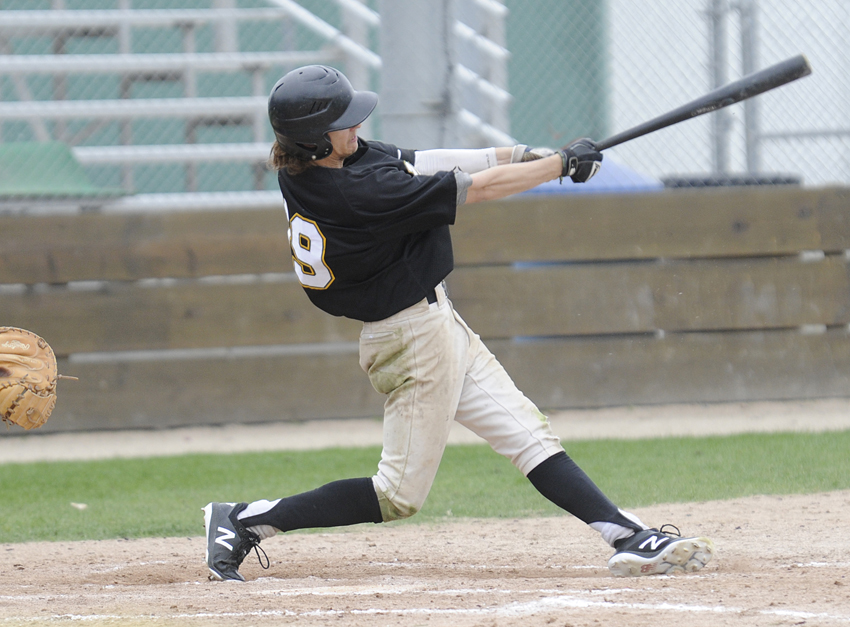 Despite having four errors committed behind him, Jackson Borne went the distance (seven innings) for a second straight game to record his second win of the season. The righthander (1.88 ERA) from Kelowna gave up four earned runs on seven hits and struck out four.

In their second win on Sunday, the Athletics again struck for 10 hits, three of which came from Kelowna’s Adam Sarafinchan, who pounded out a pair of doubles and a single to raise his batting average to .393, second to Parsons (.410) in the A’s lineup. 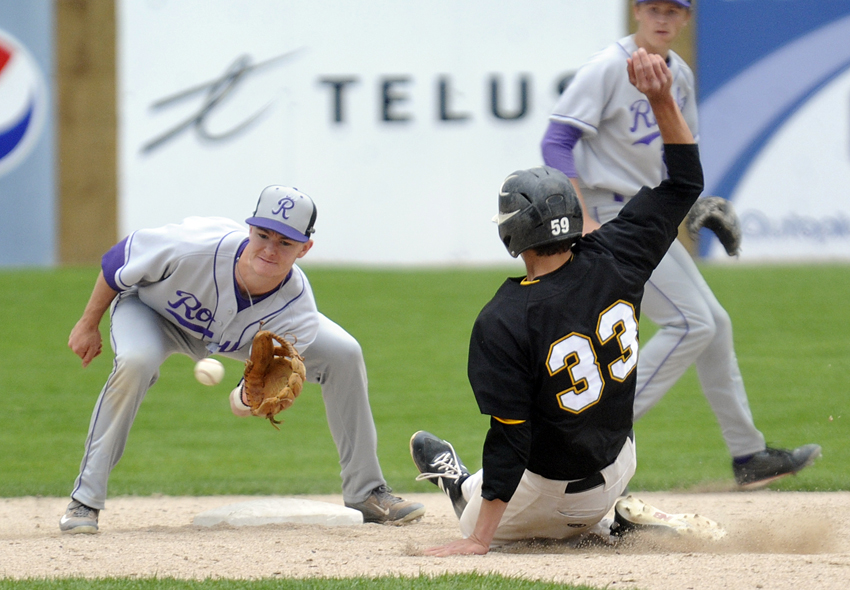 Sarafinchan also earned the win on the mound. He started the game and went four innings, allowing two earned runs on just two hits while walking three and striking out three.

Ethan Huizinga came through with a solid effort in relief, going three innings and allowing just one hit and giving up but one walk. 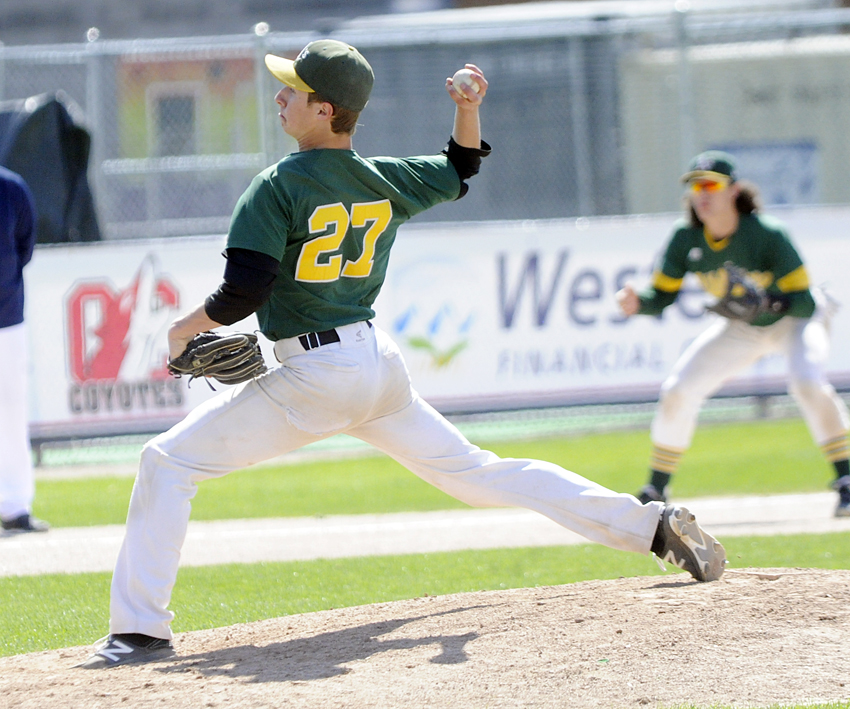 Luigi Russo supported his pitchers with a pair of hits; drove in a run; and scored once for the A’s while catcher Marcus Strother doubled and finished the game with three runs-batted-in.

Three errors and having 10 runners left on base contributed to the A’s dropping the opening game (7-2) of the weekend.

Parksville took advantage of two A’s errors to score all the runs they would need (three) in the second inning. 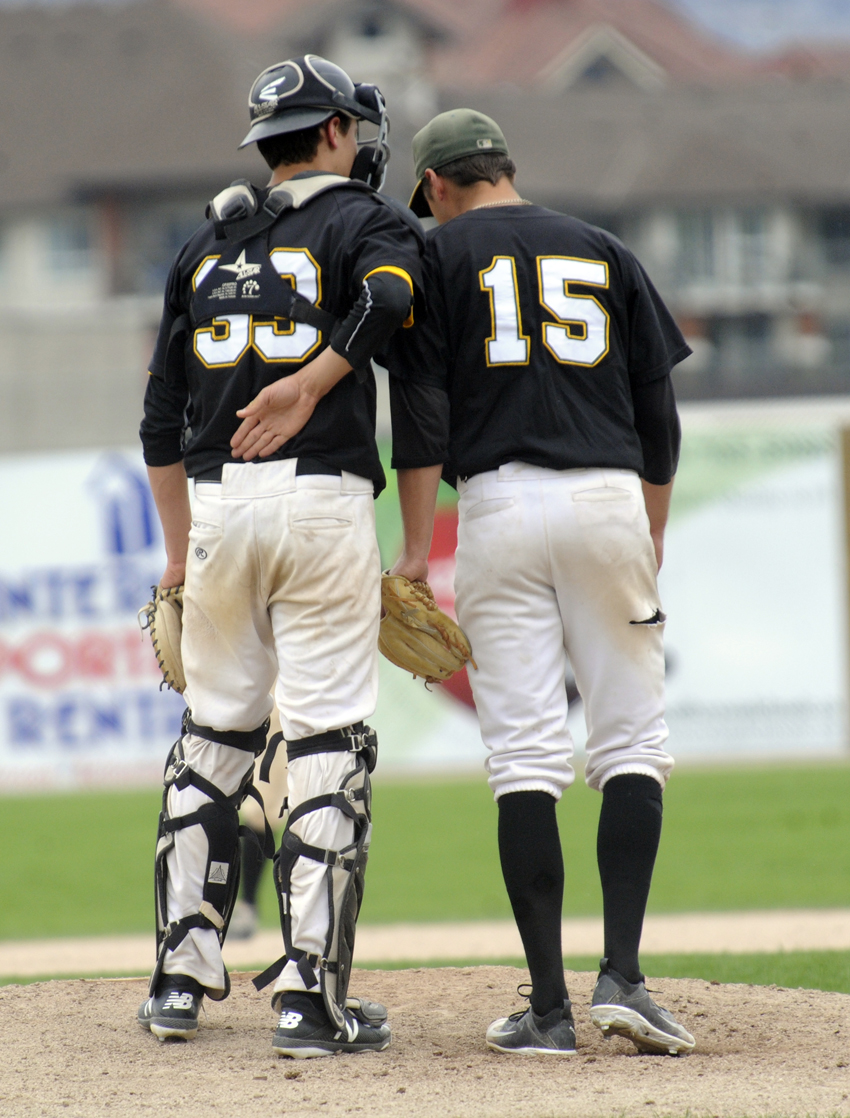 They tagged Athletics starter, Van Every, for nine hits and seven runs over his six innings of work that included three strikeouts and four walks.

Alex Wright hit is second home run of the season and added a single as the A’s managed just six hits off Parksville pitchers. Russo added a run-scoring double. 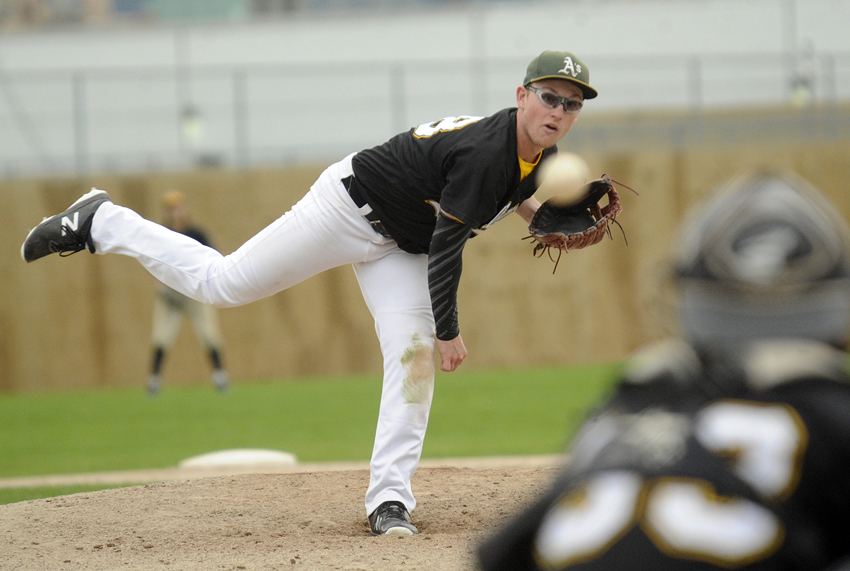 The opening game on Sunday saw the Royals put together three multiple-run innings on the way to their 7-3 win.

The A’s teamed up for seven hits and drew six walks, but couldn’t capitalize nearly enough, leaving 11 runners stranded on the paths. 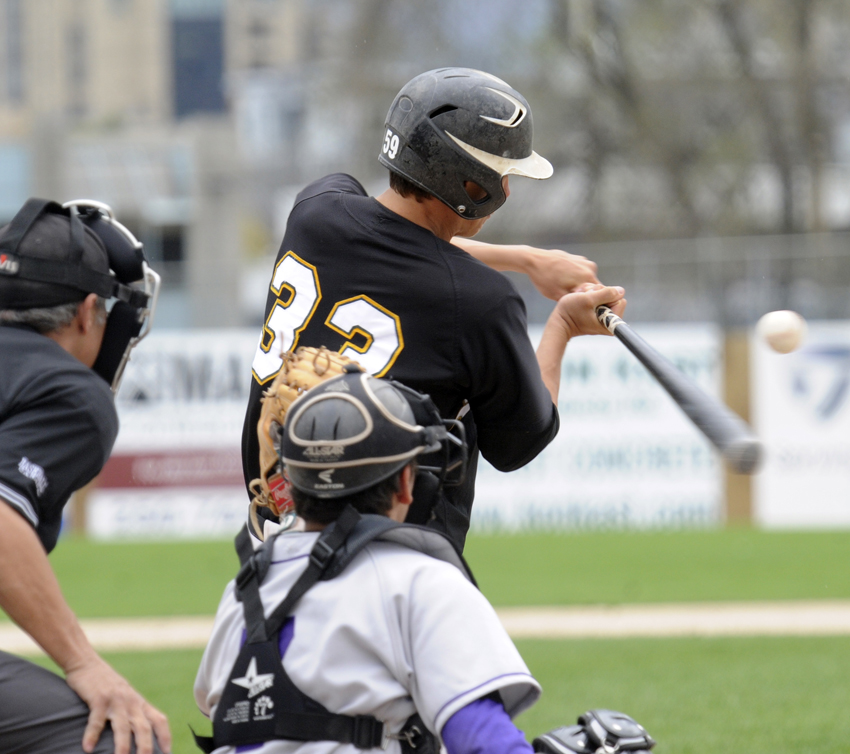 Strother collected half of his team's hits with three singles while Sarafinchan and Parsons both stroked a pair of singles. Borne, credited with a pair of RBI brought in the other A’s runs.

Noah Paterson took the loss on the hill, giving up five hits and five earned runs over 4 1/3 innings. He struck out five and walked three. Huizinga shut out the Royals in his 1 2/3 innings of work.

The Athletics will hit the road this weekend, playing a pair of doubleheaders against the Cardinals in Abbotsford. They’re back at Elks Stadium on May 12 and 13, playing host to the White Rock Tritons. 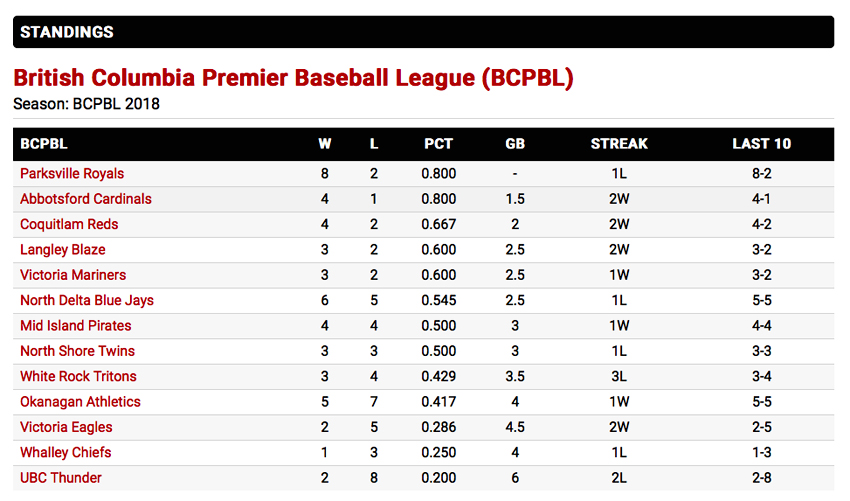