An Okanagan cheer team stunted, tumbled, jumped and danced to a pair of international first place wins last weekend, finishing the competitions to lift the trophies over their heads after successfully lifting their teammates.

Intensity, a competitive travel team comprised of 24 local athletes aged 11-16 from the Okanagan Firestorm, was formed last summer with hopes of competing at the Universal Cheerleading Association (UCA) International Championships in Orlando, Florida.

In March, they made that a reality and became the first team from the BC Interior to enter the championship competition.

They trained extra hours for the opportunity and the hard work paid off earning them a second place finish, narrowly missing first place by only 0.2 points. 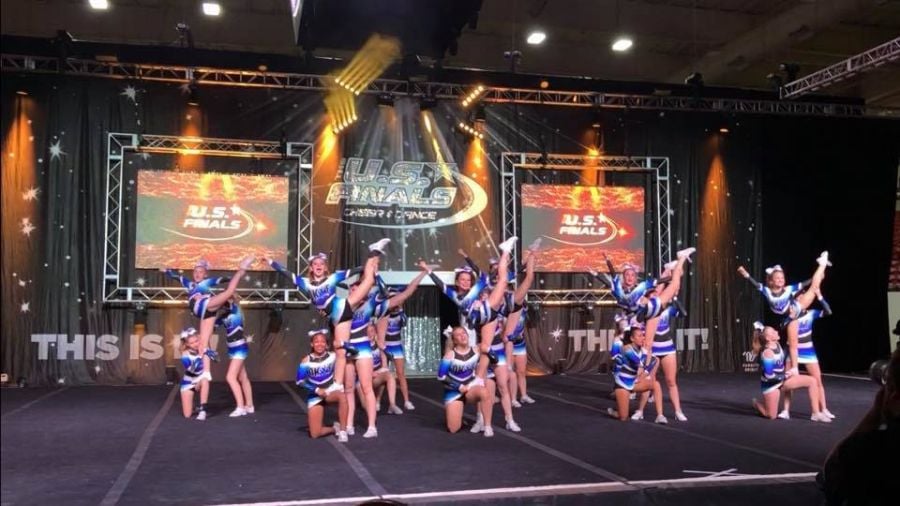 The near-victory was a success — gauged by their 2-foot tall trophy — but then they received an offer to attend the US Finals Championships, and their dreams of competing at the UCA Championships expanded.

“The original plan for the team was to only compete in Orlando and then finish for the season, but this was an opportunity we couldn’t pass up,” said Nikki Parrotta, co-owner of the program and coach of the team.

“The parents voted yes to going, and got to work fundraising right away.” 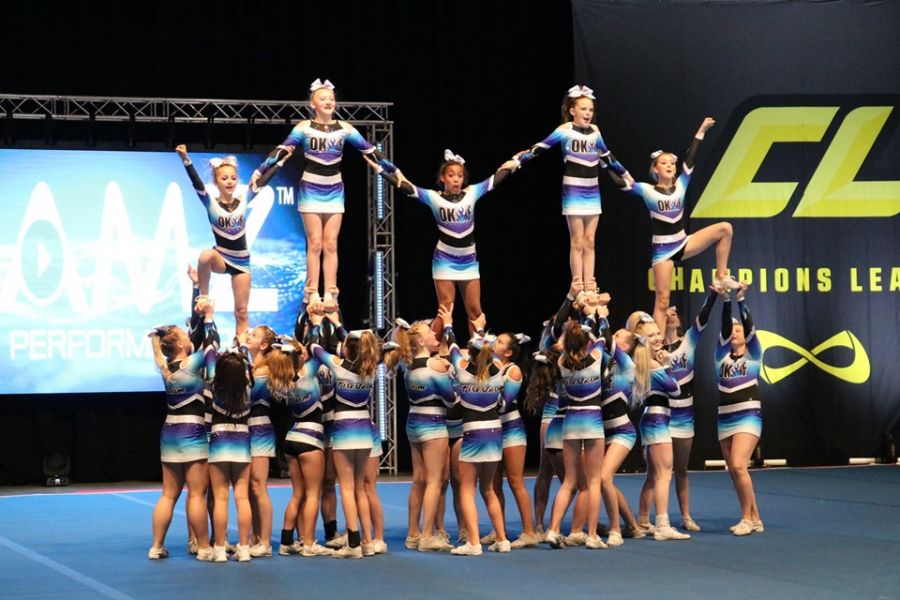 In doing so, they found a second Vegas competition being held nearby on the same weekend from May 10 to 13, called the Nfinity Champions League, and doubled up on their trip.

“Double or nothing; it was Vegas after all!” said Parrotta.

Intensity dominated over the weekend, putting on several shows to earn a US Finals Champions victory on Saturday night — reportedly, the highest US Finals finish to date for a BC team — with a second win on Sunday afternoon at the Nfinity Champions League. 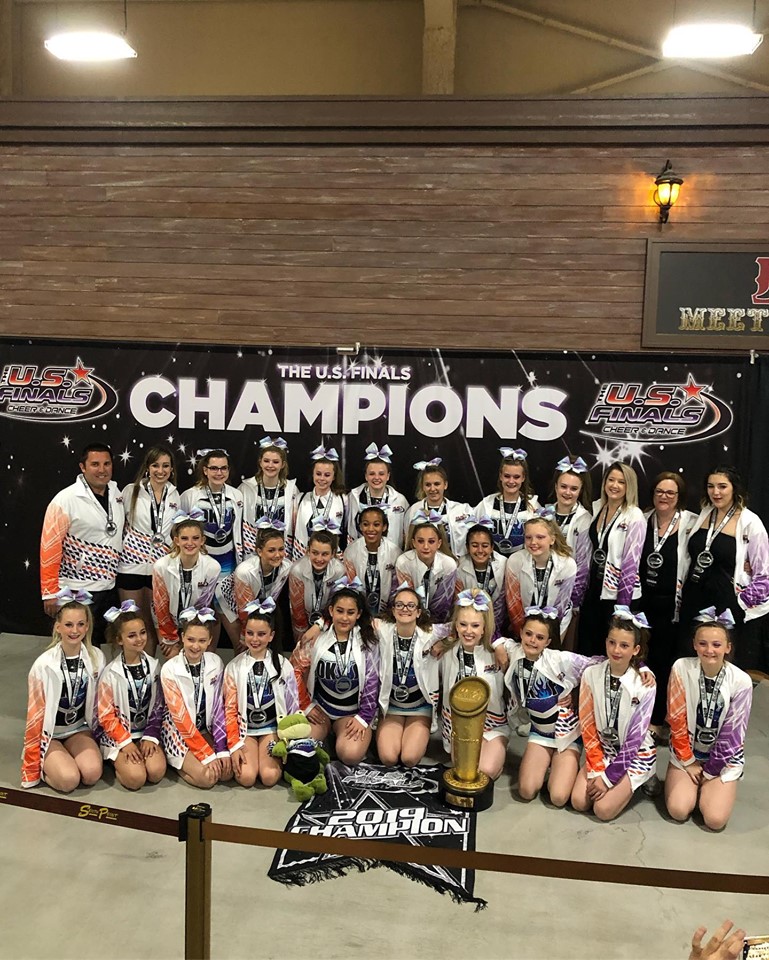 “Words can’t express how proud we are of how the kids did all weekend!” says Parrotta.

“Two first place finishes is more than we could have asked for, but more importantly to us was how they did it!” 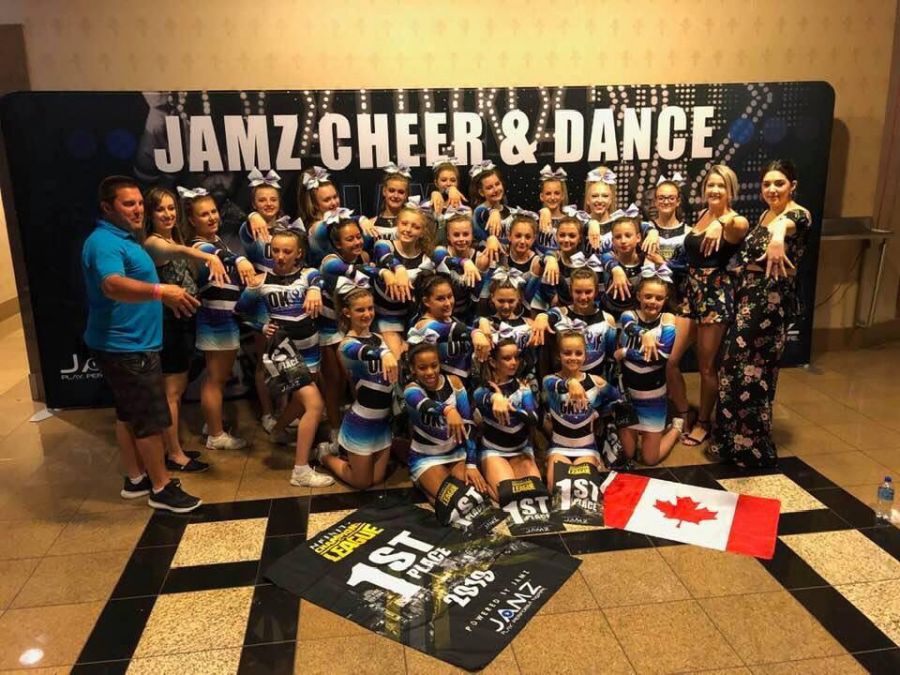 In all three of their performances, there were zero deductions taken off for falls or ill-performed skills.

The group of girls added some extra weight to their luggage for the return trip to Canada, now adorned in their combination of championship jackets, rings, banners and trophies. 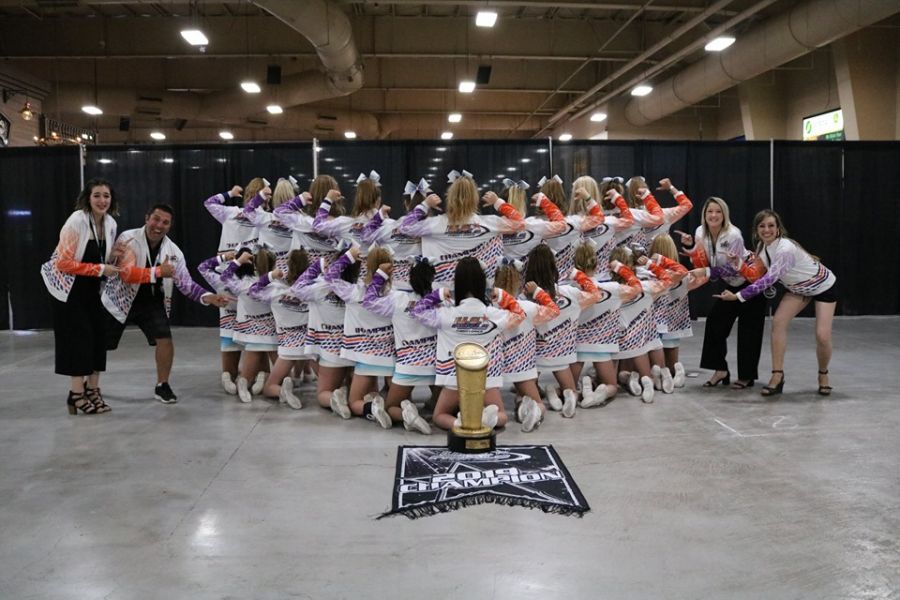 Their excitement didn’t end there. On Wednesday, the team learned that due to their performance at the US Finals, they would be a part of a US-wide Champions Challenge final round in which the winners from all seven locations of the US finals would be marked on their performance to crown the Champions of Champions.

The team and their coaching staff, composed of Parrotta, Ashley Stephenson, Adriana Donetz and co-owner Pete Parrotta, will meet at their local gym on Spedding court in Kelowna at 4 p.m. on this upcoming Wednesday to learn if they made the cut.

Watch below to see Intensity’s victory finish at the Nfinity Champions League.