Heavy snow is falling in northern BC

Environment Canada has issued a warning about heavy snowfall in northern BC.

The tragic news comes as those in the south of the province are still experiencing the summer's sun and warmth.

Between Fort Nelson and Watson Lake, a long period of snowfall is expected to leave between 20 and 30 centimetres of the white stuff along the Alaska Highway. 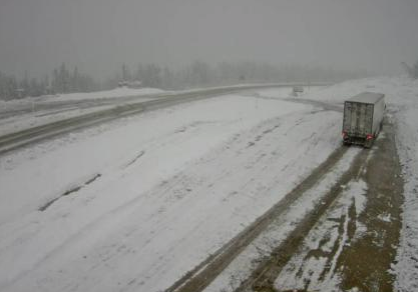 It is forecast to ease by Monday morning.

But in the meantime, Environment Canada is warning that tree branches may break due to the heavy snowfall.

“The combination of an unseasonably cold Arctic air mass and Pacific moisture associated with a low on the North Coast will result in continued heavy snow for higher elevations between Fort Nelson and Watson Lake,” the forecast reads.

“Further snowfall accumulations of 15 to 35 cm are expected through today and tonight. The town of Fort Nelson should receive rain while areas south of Fort Nelson may see up to 10 cm.”