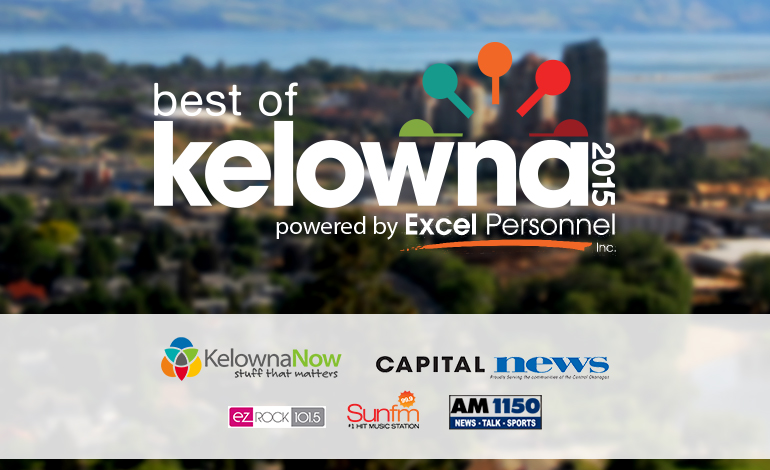 Thank you to everyone who took the time to share a nomination, vote, and promote the Best of Kelowna 2014; more than 180,000 votes were cast in some 80 categories! The Best of Kelowna is an annual event that was created to be inclusive and to allow everyone an opportunity to be nominated, to vote, and to win, gaining some well-deserved recognition from the community. As in year's past, Best of Kelowna 2014 is a reflection of what is happening in the Central Okanagan right now, as voted by the people.

This year the event is being sponsored by KelownaNow, Global Okanagan, Capital News and Bell Media radio stations, 99.9 Sun FM, AM 1150 and EZ Rock 101.5.