Ryan Gosling is one of Hollywood’s biggest heartthrobs, the 33 year-old Canadian makes women (and men) swoon the world over. However, beauty blogger Michelle Villett alleges that Gosling’s handsome good looks may not be entirely authentic. 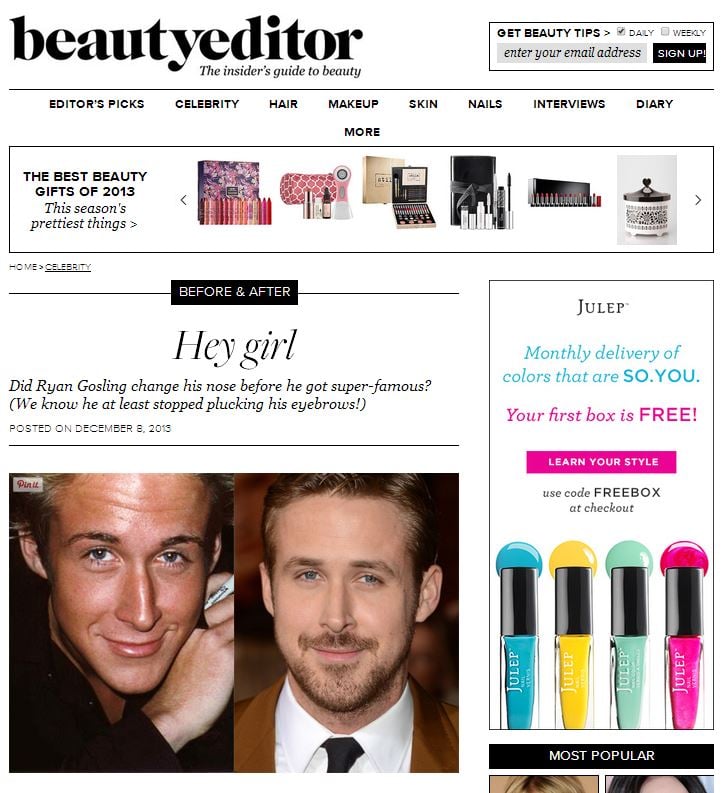 On her beautyeditor.ca site, Villett concludes, following on from her own analysis of pictures of Gosling and the input of celebrity plastic surgeon, Dr. Ramtin Kassir, that the actor had rhinoplasty or a ‘nose job’ at some stage earlier in his career. Kassir, declared, “The rhinoplasty procedure he had was expertly done, resulting in less of a hooked nose giving him a younger more youthful appearance.”

For her part, Villett thinks Gosling’s alleged nose job may have helped advance his career, stating, “Ryan’s career probably would never have climbed this far if he hadn’t done this.”

Below is a before and after comparison taken from Villett’s site. What do you think? Has Gosling had a nose job? 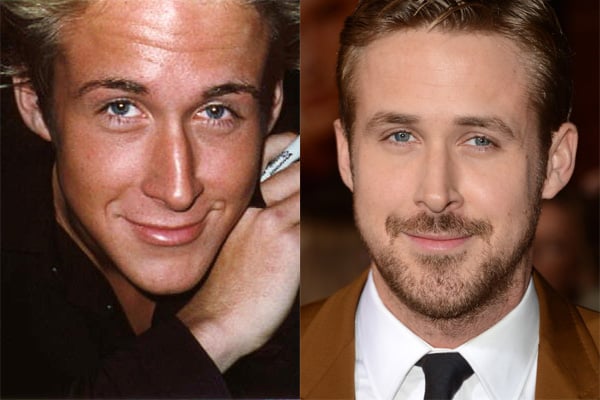 And... the obligatory “Hey Girl” meme: 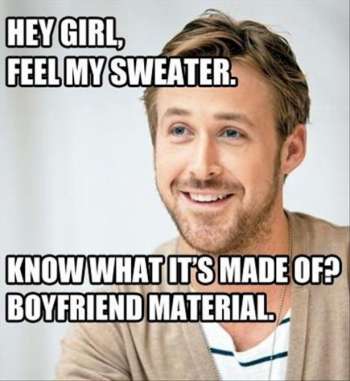