‘A better job than we’ve ever done': Nunavut researchers turn to citizen scientists

There are more than 60 words to describe sea ice in Inuktitut.

For Nunavut’s hunters, the words are critical when travelling across a frozen ocean highway by snowmobile or dog team.

In Pond Inlet, on northern Baffin Island, Andrew Arreak spends a lot of his time compiling those words and their definitions. He says he plans to share his list with the community and with local schools to help people stay safe. 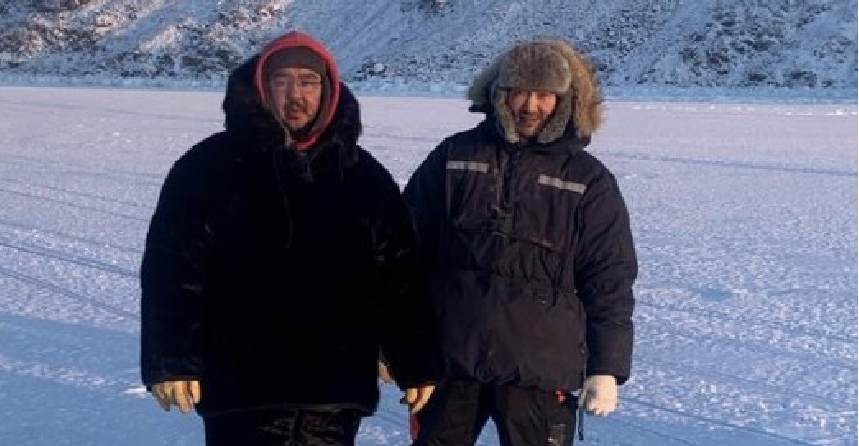 “I’m trying to get all these words right so they’ll know what to expect when they’re out on the ice.”

Arreak heads the Nunavut operations of SmartICE, an organization based in the territory and the Nunatsiavut region in Newfoundland and Labrador. It combines local knowledge of sea ice with modern technology, using sensors to determine ice thickness and collect data on ice conditions, for communities to use when they head out on the ice.

Although SmartICE has continued its research throughout the COVID-19 pandemic, thanks to its Nunavut-based staff, other southern-based scientists and researchers were locked out of the territory this year.

“SmartICE didn’t miss a beat during COVID,” says Trevor Bell, a professor at Memorial University in St. John’s, NL, and the founder of SmartICE.

He says research was always set up to run locally.

“We put our monitoring tools into the hands of community members from the beginning. They’re able to operate and generate the sea ice information … without any intervention from us.

“It’s operated by communities for communities in the North. The benefit of that is seen in a year like this.”

Nunavut is a hub for research year-round, but especially in the summer months. In 2017, for instance, the Nunavut Research Institute licensed 136 research projects involving 662 people.

In March, Nunavut’s chief public health officer restricted travel into the territory to residents only. Travel between communities was mostly unrestricted, apart from lockdowns in the spring and in November.

Milla Rautio, a researcher with Université du Québec, had been travelling to Nunavut every summer since 2014 to study changes in Arctic lakes around Cambridge Bay and Victoria Island.

This year, in light of the travel restrictions, Rautio turned to community members to carry out her research. She sent sampling equipment to Cambridge Bay and supervised a small research team remotely.

“I was able to get everything I needed and even more.”

“Instead of me and my students going to Cambridge Bay once a year, usually in August, doing this snapshot of sampling, we now have this opportunity to understand what’s happening in the North throughout the whole year,” she says.

“I didn’t need to go there myself.”

Rautio worked for years to establish connections with students and other community members in Cambridge Bay. She says those connections have been critical to her research continuing in the middle of the pandemic.

Thanks to local knowledge, Rautio’s research team also discovered something she isn’t likely to have come across herself. A once crystal-clear lake used for fishing near the community had suddenly turned turbid.

Heidi Swanson, a professor at the University of Waterloo in Ontario, usually spends time in all three territories in the summer studying fish. She also carried out her research with the help of residents this year.

“In Kugluktuk (Nunavut), we had our northern research partner do a better job than we’ve ever done in the past,” Swanson told the annual Arctic Net conference on Dec. 9.

Like Rautio, Swanson has established connections in several northern communities.

“Where the relationships are stronger, we had more adaptive capacity.”