(UPDATE: Aug. 10 @ 5:23 am): A woman accused of faking her own death and that of her son says she left Saskatoon because she feared for their safety.

Dawn Marie Walker, 48, is in custody at the Multnomah County detention centre in Oregon.

She was arrested Friday in Oregon City by the US Department of Homeland Security and charged with two offences for allegedly using fake identities to cross into the country with her seven-year-old son. The boy has since been returned to Canada.

"So many women and children before us have had to run for their lives to protect their children," Walker said in a statement provided to The Canadian Press.

In the statement, Walker said she was failed by the Saskatchewan justice system because "nothing was done" after she reported domestic abuse to police and child protection authorities. 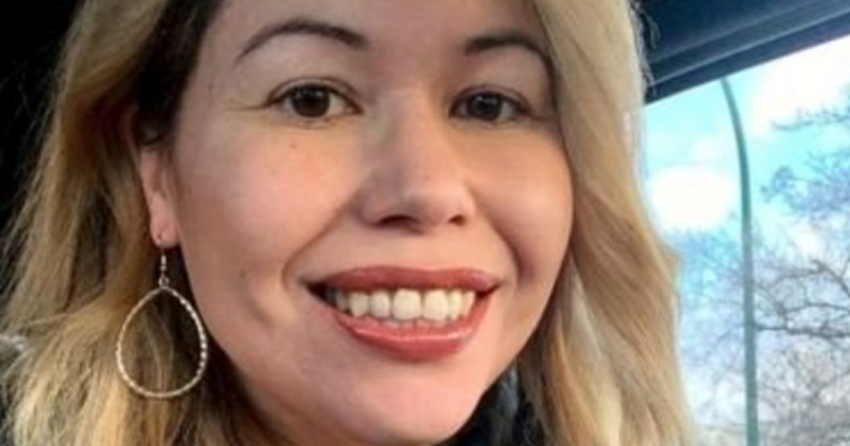 She said she witnessed something with her son that scared her to the core and she has been diagnosed with post-traumatic stress disorder. She said more information will come out in time.

"I apologize to anyone I hurt," Walker said.

"I was left with no choice. No one heard me. I loved my son ... very much. He is my only child, and I would do absolutely anything for him."

For two weeks prior, RCMP and Saskatoon police investigated the disappearance as a missing person's case. Walker's pickup truck was found at a park south of Saskatoon, along with some of her belongings, and some people feared Walker and her son had drowned in the South Saskatchewan River.

Walker, chief executive officer for the Federation of Sovereign Indigenous Nations, is also an author.

On Monday, Saskatoon police announced they were working to extradite Walker back to Canada where she faces charges of public mischief and child abduction in contravention of a custody order.

Deputy Chief Randy Huisman said allegations of domestic violence may or may not play a role in their investigation of Walker.

"Any potential or any previous allegations made by Dawn Walker were thoroughly investigated and no charges resulted as a result of those investigations," said Huisman.

The father of Walker's son could not be reached for comment. But he told Saskatoon radio station CKOM last week that he would never hurt Walker or their son.

"There’s no truth to any of that, and that’s all I can say," the father said.

An affidavit filed in Oregon court from Clinton Lindsly, a special agent with Homeland Security, says Walker and the boy's biological father had been engaged in a lengthy custody dispute and she was supposed to return the child on July 25.

The document and other court records also accuse Walker of coming up with an elaborate scheme to fake the deaths, including stealing the identities of a co-worker and the co-worker's child to open a bank account, buy an SUV and drive across the border.

The documents say officers also found a hand-written checklist in Walker's SUV about dying hair, covering tattoos and throwing a phone in the water.

Walker said police "only cared when they thought I was dead."

When she returns to Canada, she said, she has a story to tell.

"I am fighting systems that continuously fail to protect me as an Indigenous woman and protect non-Indigenous men," Walker said in her statement.

Federal prosecutors in the US said they want Walker to remain in custody until a trial. She has been detained as a flight-risk until her next court appearance on Sept. 7.

US public defender Lisa Hay, who is helping represent Walker, declined to comment, adding clients are advised not to speak about their case outside the courtroom.

(Original story: Aug. 9 @ 5:22 am): Federal prosecutors in the United States have accused a Saskatoon woman of faking her own death and that of her son in what they describe as an elaborate scheme to illegally enter the country.

Kevin Sonoff, a spokesman for the US Attorney's Office in Oregon, says 48-year-old Dawn Marie Walker is being detained as a flight risk as she faces two charges related to identity theft.

Walker was reported missing with her seven-year-old son last month. Police discovered them "safe and well" in a rental unit in Oregon City on Friday, following two weeks of search-and-rescue efforts that included scouring the South Saskatchewan River and its banks, where her pickup truck was abandoned.

Court documents filed Monday in Oregon allege Walker "went through extreme efforts to steal identities for her and her son that allowed them to unlawfully enter the United States and hide."

The documents allege she "thoughtfully planned and engaged in an elaborate ruse in which she faked her death and that of her son."

The US Department of Homeland Security has charged her with the felony offence of knowingly producing a passport of another person and a misdemeanour charge of possessing identification that was stolen or produced illegally.

The felony charge carries a mandatory minimum sentence of two years in prison if found guilty, while the misdemeanour charge carries up to six months' imprisonment, the US Attorney's Office said.

Saskatoon police said they have charged Walker with public mischief and parental abduction in contravention of a custody order, and are looking to extradite her back to Canada.

The boy was returned to Canada on Sunday after a legal guardian picked him up, police said.

Saskatoon police said they began searching for Walker and her son on July 24 after friends reported them missing.

Her red Ford F-150 truck had been found at Chief Whitecap Park, just south of Saskatoon, along with some of her belongings.

The court documents allege Walker took the identities of a colleague and that colleague's child to open a bank account, and she bought an SUV and drove across the border on July 23. Saskatoon police said she crossed the border south of Lethbridge, Alta., into Montana.

An affidavit from Clinton Lindsly, a special agent with Homeland Security, says Walker and her son's biological father had been engaged in a lengthy custody dispute and she was supposed to return the boy on July 25.

Lindsly says in the document he told Walker, after her arrest, that "people presumed that she and her son died in the river, to which she spontaneously stated, 'He doesn’t want to be with his father.'" 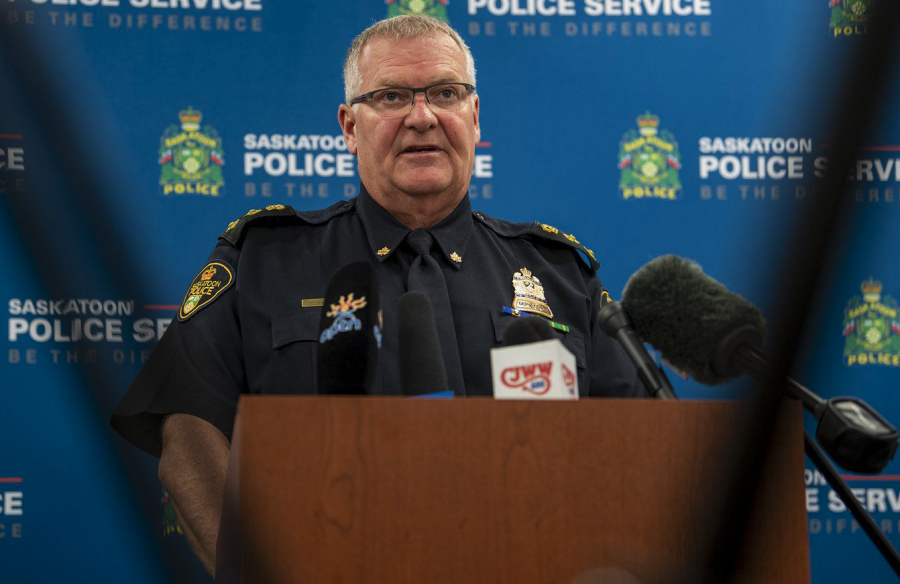 The court documents further allege Walker "put a lot of time and effort in planning her crime."

The documents say Walker has no ties to the US and allege she funded her scheme through hidden financial accounts and assets totalling over $100,000.

"The defendant’s kidnapping of her child is extremely serious. While the child has been safely rescued there are no assurances that if the defendant were released she would not try once again to kidnap her child," say the court documents.

Walker, who remains in custody, is to next appear in court in Oregon on Sept. 7. A defence lawyer believed to be representing Walker could not be reached for comment.

"As the criminal investigation progresses, there may be further charges that Ms. Walker will face as a result," Saskatoon police Deputy Chief Randy Huisman said Monday.

"Investigators are looking at several different charges, and in relation to the false identity documents that were alluded to, and how she was able to prepare those documents."

The Federation of Sovereign Indigenous Nations, where Walker worked as its chief executive officer, had organized a vigil and walks through the park to raise awareness about the disappearance of the woman and her son.

The federation also issued its own Amber Alert for the pair, and asked police to do the same. Police said there wasn't evidence to suggest they were in imminent danger.

The boy's family said in a statement Saturday that "over the past two weeks of hell," all they had wished for was the safe return of Walker and the boy.

"When we found out they were both safe, there was sobbing, laughing, dancing, shouting, throwing of shoes and hugging."

Walker, who is from Okanese First Nation, is also a well-known author. Her recent book "The Prairie Chicken Dance Tour,” published under the name Dawn Dumont, was named last week as a finalist for the Stephen Leacock Memorial Medal for Humour.