The trucks haven't even started to roll yet and already Freedom Convoy 2022 has "massive and amazing" momentum, according to Northern BC organizer Art Meise of Prince George.

Freedom Convoy is the grassroots trucker demonstration that will see big rigs leave Vancouver on Sunday and travel to Ottawa, with other truckers and their trucks joining and converging, for a dramatic arrival on Jan. 29.

"I wouldn't be surprised if we have 150,000 trucks and truckers and a total of 700,000 people by the time we hit Ottawa," said Meise, who drives heavy machinery as a job in Prince George.

For Freedom Convoy he'll be driving a pick-up truck and travel trailer that will double as the office for the participating truckers from Northern BC.

"This isn't just about truckers anymore, it's about everyone," said Meise.

"We want an end to discrimination. We want the lifting of (COVID) mandates and restrictions. We want the right to choose and work."

With such a massive crowd of trucks and people expected to surround Parliament Hill, Meise said Freedom Convoy will effectively "close down Ottawa until they do something." 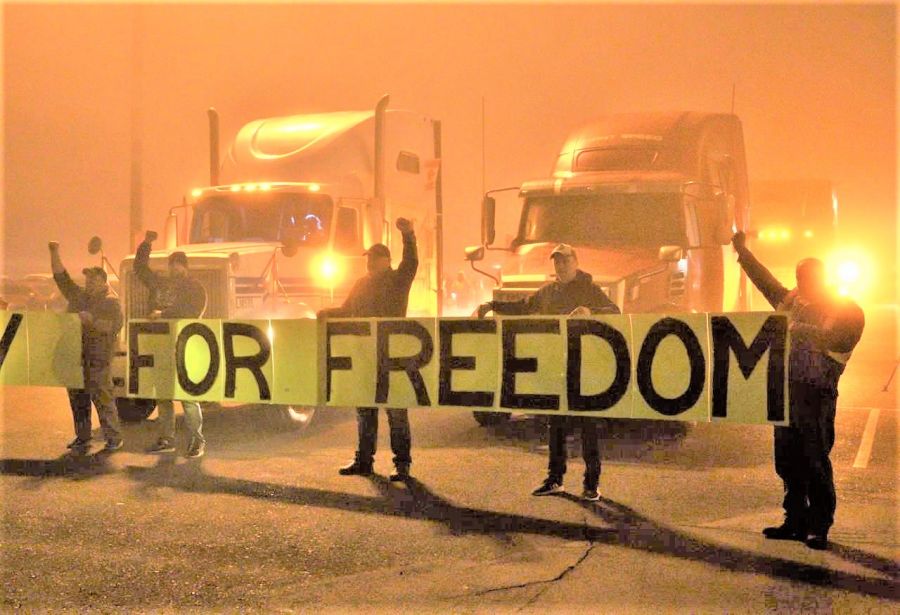 The idea for Freedom Convoy started after new rules came into effect Jan. 15 requiring any Canadian trucker crossing into Canada from the US to be fully vaccinated or present a negative COVID result from a PCR test in order to avoid mandatory quarantine.

Before Jan. 15 truckers were exempt from such mandates in order to keep the supply chain rolling.

It's estimated 20% of truckers are unvaccinated, which could translate into 20% of the supply chain being disrupted, in addition to the difficulties already being experienced because of BC highway damage due to flooding and mudslides.

Sean Tiessen, a cross-border lumber hauler from Grand Forks, will be joining Freedom Convoy as it passes through Salmon Arm on Sunday.

"I'm not anti-vax, but I am against losing my freedoms," said Tiessen.

"The discrimination and divisiveness COVID mandates has created has ripped apart families and employers and workers."

But, then he revealed he was on layoff from his cross-border lumber hauling job because of the new rules requiring truckers to be vaccinated to get into and come out of the US.

"The outpouring of support for truckers and those wanting an end to discrimination, mandates and restrictions is overwhelming. It's blown me away," said Tiessen.

"People want to get back to work and they want to live in a country that's back to normal."

Initially, Dave Earle, the president of the BC Trucking Association, said the association isn't involved and had nothing to say.

But Earle did point us to the Freedom Convoy GoFundMe page affiliated with Canada-Unity.com/bearhug as an indication to who is truly organizing the convoy.

The money will be used to help participating truckers with the cost of fuel, food and lodgings.

The narrative in Canada is shifting.

As COVID becomes the weaker Omicron variant resembling a cold or flu, many people are starting to demand that strict mandates and restrictions be lifted.

England, Ireland, Scotland and many US states are lifting restrictions so society can get back to normal.