'Not our best work': RCMP apologize for handling of Indigenous woman's death

The commanding officer of the RCMP in Alberta has apologized to the family of an Indigenous woman who disappeared nine years ago and whose killer has never been found.

"Our Leduc detachment’s initial missing persons investigation was not our best work," Deputy Commissioner Curtis Zablocki said Thursday. "The early days of our investigation ... required a better sense of urgency and care.

"On behalf of the RCMP, I am truly sorry."

The family of Amber Tuccaro rejected the apology.

"As of right now, the apology doesn’t mean anything to me," said her mother, Tootsie Tuccaro. "They did it because they were told to."

"An apology needs to be heartfelt," she said. "They’re the ones apologizing, yet they can just get up and walk away."

The RCMP issued an explanation late Thursday for Zablocki leaving the news conference.

"He left his all−day meeting with senior police leaders from across the province, because he felt so strongly about the apology," said a statement from director of communications, Suzanne Vuch. "Deputy Commissioner Zablocki was reluctant to leave and would have preferred to stay."

She added that investigators and senior leadership remained at the press conference and spent the afternoon with the family to answer any questions about their ongoing investigation.

Amber Tuccaro was 20 years old in August 2010 when she flew to Edmonton from her home in Fort McMurray, Alta., and booked into a hotel near the airport with her 14−month−old son and a female friend. The next day, police said, she caught a ride into Edmonton with an unknown man.

The woman from the Mikisew Cree Nation was never seen alive again. Her skull was found in the bush two years later.

In 2012, police released a cellphone recording between Tuccaro and the man who gave her a ride.

"You’d better not be taking me anywhere I don’t want to go," Tuccaro can be heard telling the man.

An independent federal review released in 2018 found that the Leduc detachment’s investigation of her disappearance was deficient.

Her brother, Paul Tuccaro, testified for two hours to its lackadaisical nature at the national inquiry into missing and murdered Indigenous women and girls during its Edmonton hearings. 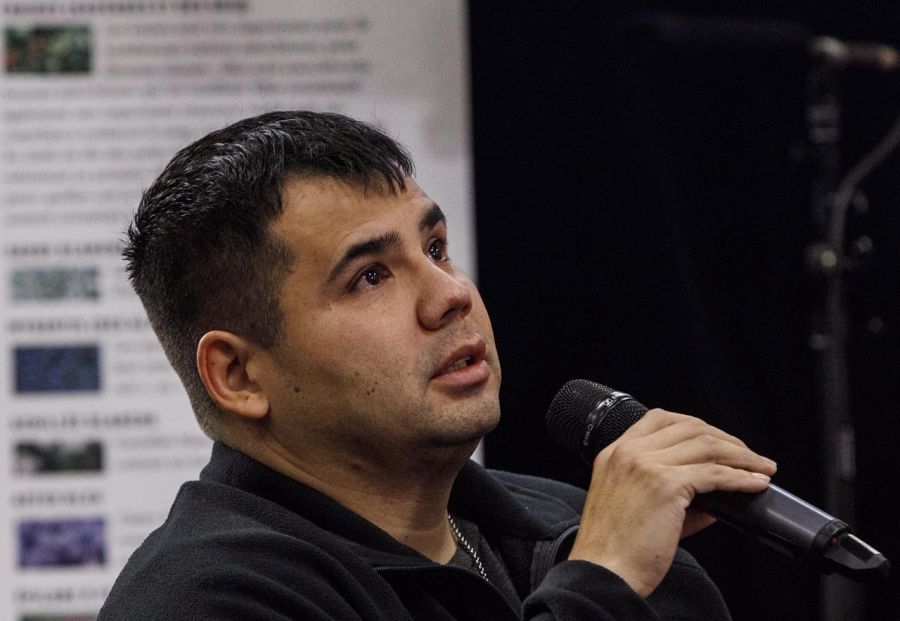 RCMP downplayed the family’s concerns and wouldn’t list her immediately as a missing person. Then her name was wrongly removed from the list for a month.

He said Mounties later told his family that investigators had the cellphone tape for a year before releasing it.

The family was passed from officer to officer and RCMP didn’t keep in touch after his sister’s remains were found.

Her belongings sat in a hotel room for months before police took them and eventually threw them away.

Tootsie Tuccaro said she would have liked to have had them back — quite apart from their value as evidence.

After the apology, Tuccaro’s family unveiled a new poster urging anyone with information on the case to contact police.

Zablocki said the force has brought in procedures to ensure families are kept in the loop during investigations. The force has increased its oversight of investigations and developed risk management to prevent cases such as Tuccaro’s from falling by the wayside.

Officers have felt consequences, he said.

"Some are no longer with the organization," he said. "Many of them received ... a remedial approach to managing performance."

That offered little comfort to Tootsie Tuccaro, who wept in her son’s arms for a full minute Thursday after her initial statement.

"I’ve talked to mothers where it’s always the same thing. You report your daughter missing (and it’s), ’Oh, she’s out partying. She’ll come back.’

"That needs to stop. That is not right."